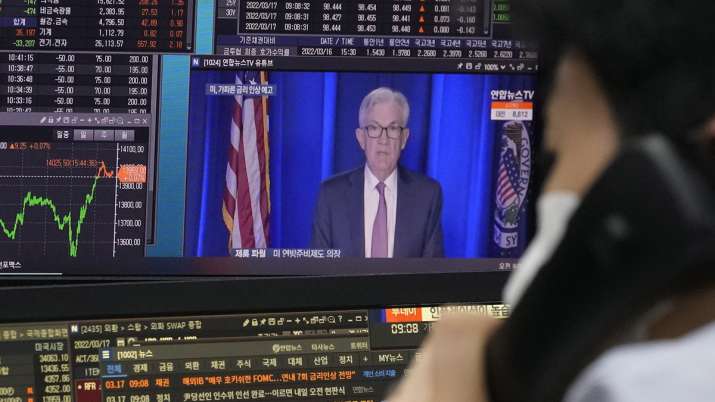 Federal Reserve Interest Rate Hike Decision Today: The US stocks on Tuesday extended losses from the previous session in which the S&P 500 confirmed entering the bear market territory as investors fear an aggressive rate hike by the Federal Reserve.

Federal Reserve’s two-day policy meeting started on Tuesday amid a blistering inflation surge in the United States. Federal Reserve chair Jerome Powell will announce the decision on Wednesday at 1800 GMT (11:30 PM in India) with experts predicting an aggressive hike in the benchmark borrowing rate.

The Fed had raised interest rates by 25 basis points in March and 50 basis points in May to bolster the fight against inflation. But the last week’s inflation data triggered talks of the Fed turning hawkish. Inflation in the US has hit a fresh 40-year high in May, according to the data released last week.

According to reports, the central bank is likely to go for a 75-basis-point rate hike on Wednesday. Just ahead of the Fed’s meeting, Powell had signalled that a big hike in the interest rate is on the cards.