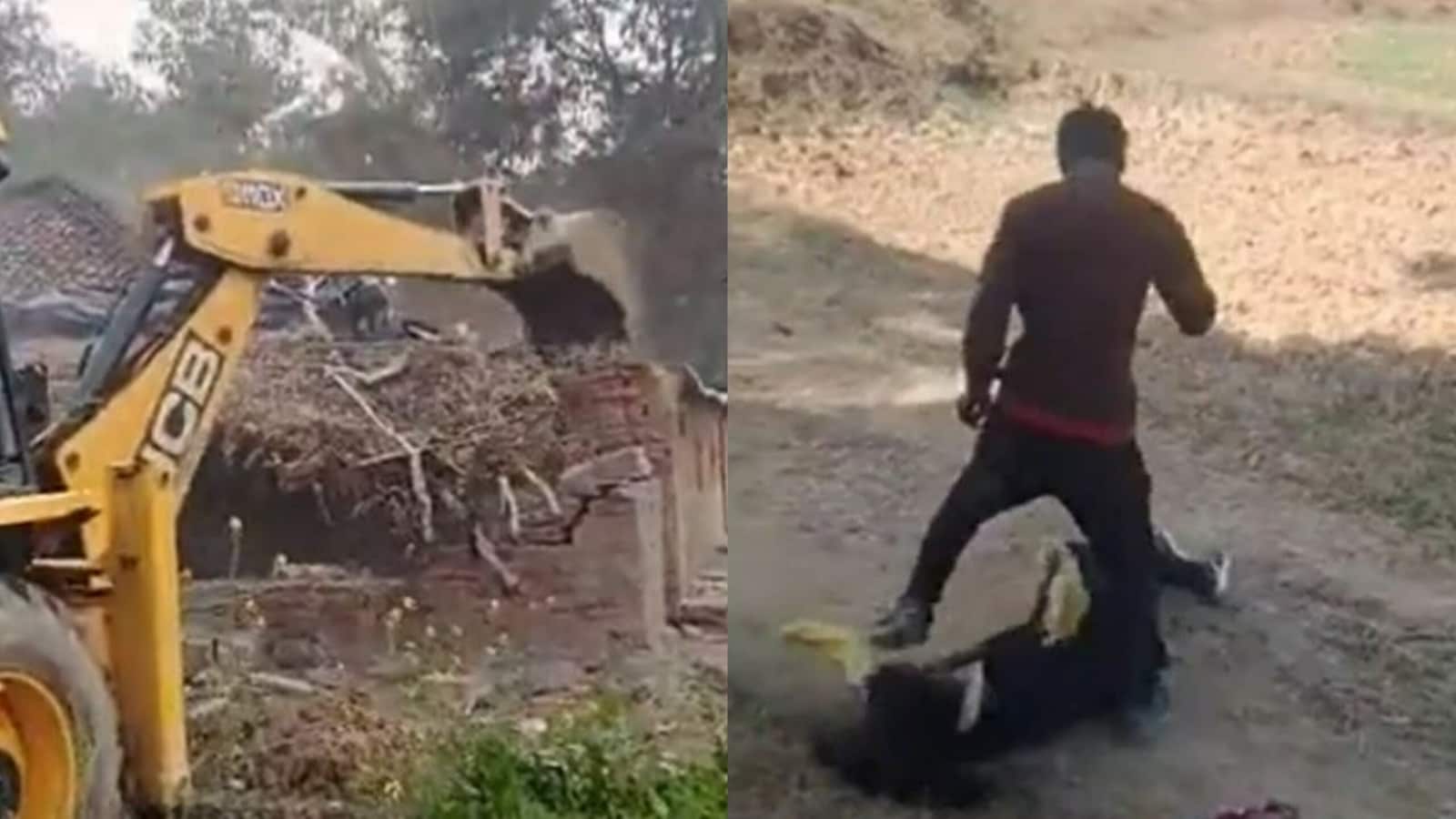 The Madhya Pradesh government on Sunday demolished the house of Pankaj Tripathi, the 24-year-old man, who was arrested for beating up a woman for asking him to marry her, the chief minister’s office said in a tweet. Because the accused is a professional driver, his licence was also cancelled.

Pankaj Tripathi was arrested earlier on Sunday after a video of him brutally hitting a woman became widely circulated on social media. “In the incident of vandalism with a girl in Mauganj area of Rewa district, the criminal Pankaj Tripathi was arrested and a bulldozer was fired at his house. Driver Pankaj’s licence has also been cancelled,” the chief minister’s office (CMO) tweeted.

“No one who commits atrocities on women on the land of Madhya Pradesh will be spared,” the tweet further said.

The CMO also stated that Chief Minister Shivraj Singh Chouhan directed that anyone who commits any crime against women will face immediate and strict legal action. In addition, the town inspector of the Mauganj police station has been suspended for negligence in this case.

Also Read | UP man arrested for rape in Greater Noida, accused of conversion

“Any criminal who cannot respect women has no right to live in a civilised society,” said CMO in another tweet.

According to the police, accused Pankaj is a resident of Dhera village in the Mauganj area. In the video, the accused repeatedly kicked and slapped the woman with whom he is allegedly in a relationship. The accused was previously detained under IPC section 151 (disturbing public peace) and later released, according to PTI. After the video went viral on Saturday, a case was filed under Indian Penal Code section 323 (voluntarily causing hurt) and other relevant provisions.

The victim filed a complaint against the person who shot and distributed the video, and a case has been filed under the Information Technology (IT) Act, according to the police.

Row over prayers for ‘god of Ayurveda’ in MP medical colleges