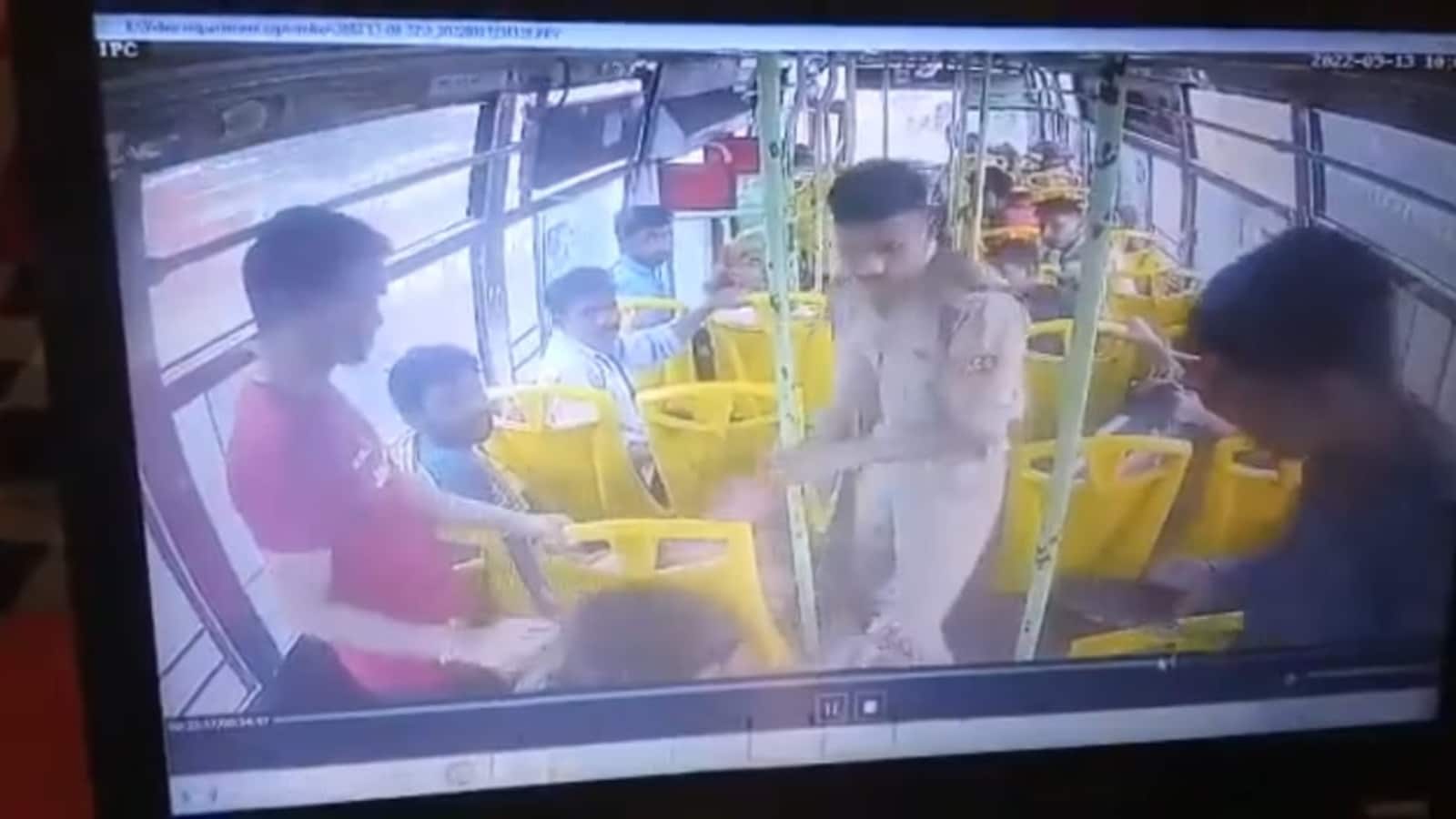 A bus conductor was attacked in Madhya Pradesh’s Bhopal Tuesday by a National Cadet Corp member in uniform allegedly over transport fare. A 25-second CCTV clip of the incident has been widely shared online.

In the video, when the conductor pushes the cadet he starts punching back and pushes him on to a nearby seat as other passengers looked on helplessly.

After physically assaulting the conductor, the cadet picks up his bag and starts getting off the bus. The conductor then rushes to follow him and gets off the bus too.

According to media reports, the cadet (in uniform) boarded the bus at around 10 am.

An argument between him and the conductor broke out after the former insisted on paying ₹5 less than the fare of ₹15.

A complaint has been filed. Police are investigating the incident.

Seven killed after SUV falls into well in MP’s Chhindwara

MP man hangs child by his arm over well, threatens to drop him; arrested: Police