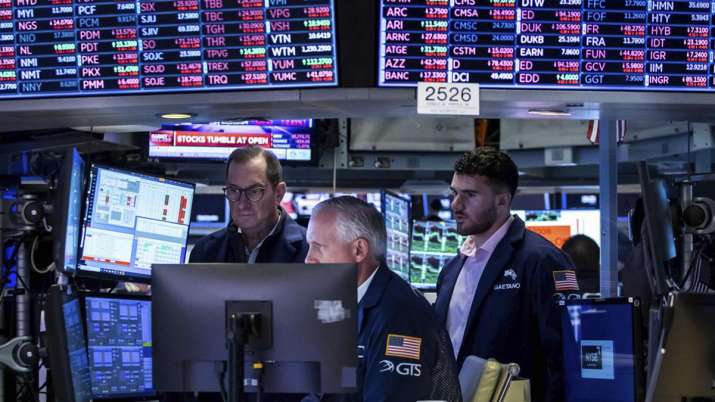 Wall Street tumbled on Monday with the S&P 500 confirming that it is now in a bear market territory. The benchmark S&P index fell for four straight day yesterday as it crashed by nearly 3.90% as aggressive interest rate hike fear rattled investors. The index is now more than 20% down from its recent record closing on January 3.

All the major S&P sectors closed sharply lower, barring only 10 components in positive territory. The index tumbled 151.23 points or 3.88% to end at 3,749.63. Market heavyweights like Apple Inc, Microsoft Corp and Amazon.com Inc were the biggest drags on the S&P 500.

The Dow Jones Industrial Average was briefly down more than 1,000 points before finishing with a loss of 876 or 2.79%.

The index on March 7 had confirmed that it is in the bear market territory. It has declined more than 30% from its 52-week high of 16,764.86. Also, the yield on the benchmark 10-year US Treasury note hit 3.44%, according to a Reuters report. This is the highest level since April 2011.

On Friday as well, Wall Street had ended sharply lower after the inflation data spooked investors. Inflation in the US has hit a 40-year-old of 8.60 per cent, according to the data.

The higher rate of inflation has worried investors that the Federal Reserve may aggressively hike key rates. The Fed will announce its policy decision on Wednesday afternoon.

Markets have been under pressure this year due to rising oil prices and disruption in the supply chain post-pandemic and also due to the war in Ukraine.

20 to 30 Companies in Energy, Tech Space to Grow as Big as Reliance in 10-20 Years: Mukesh Ambani

CEO Says ‘RBI Can’t be Illogical, Paytm is a Listed Company’, Know Why