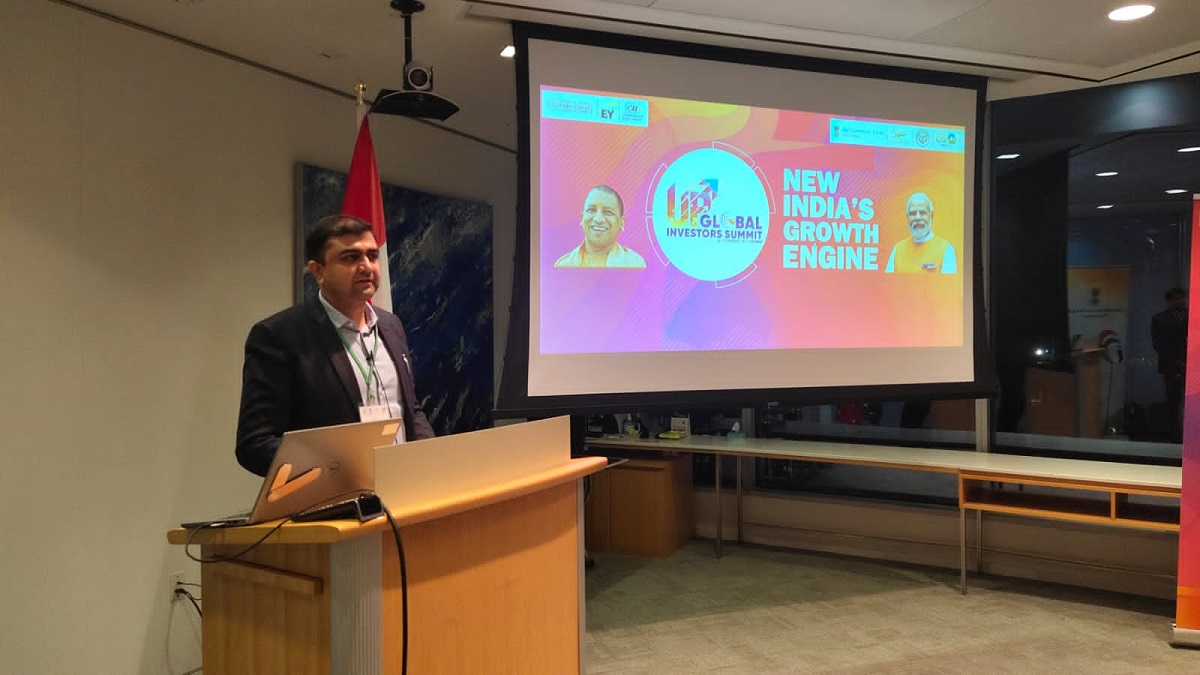 UPGIS 2023: The Uttar Pradesh government is gearing up to make Global Investors Summit 2023, scheduled to be held in February, a grand success. A delegation of the UP government led by Assembly Speaker Satish Mahana and Minister Dharampal held meetings with some top industrialists in Vancouver, Canada on Tuesday (December 13) to showcase Uttar Pradesh as an ideal investment destination.

The delegation met Pankaj Agarwal, founder and managing partner, Optimus Information Inc along with various companies during networking reception session of UPGIS 2023. The delegation discussed how Uttar Pradesh can partner with companies in sector like data center, healthcare, food processing, IT & ITeS, defence and aerospace.

ALSO READ: UP to become hub of defence, aerospace and healthcare sectors; MoUs of over Rs 1,000 cr inked

As many as 52 industry groups have confirmed their participation in UPGIS 2023 so far following initial rounds of roadshows and campaigns held by Yogi government in abroad.

A delegation of Uttar Pradesh government had held roadshows in Frankfurt, Germany, Toronto, Canada, and Mexico. These roadshows aim to realise Chief Minister Yogi Adityanath’s ambitious goal of attracting investments worth Rs 10 lakh crore through the UPGIS 23 to boost the state’s economy to $1 trillion.