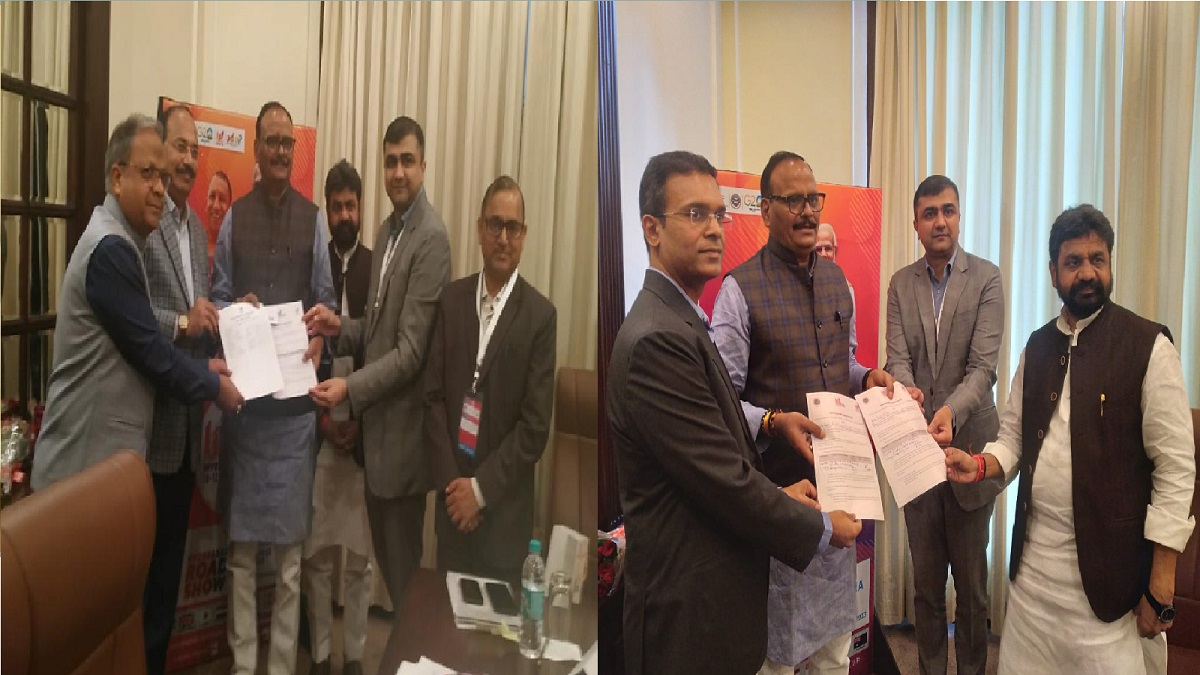 UP Investors Summit 2023: The Uttar Pradesh government on Wednesday held its 5th domestic roadshow in Hyderabad as part of its ambitious Global Investors Summit, 2023. The roadshow turned out into a mega success as the state government signed as many as 19 deals worth 25,000 crores in the city.

The roadshow was part of a run-up to the Global Investors Summit, 2023, which is slated to be held in Lucknow next month.

Business to Government (B2G) meetings were held throughout the day during which more than two dozen investors from Hyderabad met a delegation of the UP government and briefed about investment opportunities in the state as well as reliefs and exemptions available under the new policies of CM Yogi.

A series of roadshows has been organized in different cities in continuation of efforts being made by Chief Minister Yogi Adityanath to attract investors for the Global Investors Summit, 2023, to be held in Lucknow next month.

“The 19 projects will create employment opportunities, directly or indirectly, for  32,000 youths of Uttar Pradesh,” a press release stated.

The statement claimed that several other investors expressed their desire to invest thousands of crores in Uttar Pradesh.

The MoUs will be translated into investment and further formalities will be fulfilled during the investor’s participation in the GIS 2023. The Yogi team that has been carrying out the campaigns also included Cabinet Minister Baby Rani Maurya, Ministers of State Arun Kumar Saxena, and Dayashankar Mishra and Advisor to Chief Minister GN Singh.

“UP has an old relationship with Hyderabad. In 1916, Nizam had given one lakh rupees for the establishment of BHU. That’s why we have come here to maintain this relationship with both the states and invite investors. The response received here was encouraging. While Telangana has developed a lot in the industrial sector, UP is also going through a phase of change. The reforms and changes that have taken place in UP are safe and promising for investors. We welcome investors from Telangana to UP,” said Deputy CM Brajesh Pathak.

The Megha Engineering and Infrastructure Ltd signed the highest deal worth Rs 15,500 crore in 4 categories, the release stated.

It was estimated that the investment will generate more than 10,000 direct and indirect employment opportunities in the state.

Here’s How Much Social Welfare Schemes, Villages Get