A patient receives her booster dose of the Pfizer-BioNTech coronavirus (COVID-19) vaccine during an Oakland County Health Department vaccination clinic at the Southfield Pavilion on August 24, 2021 in Southfield, Michigan.

The divide in attitudes on Covid-19 vaccines between people who’ve gotten or not gotten the shots hasn’t changed with the introduction of booster shots.

In fact, vaccinated people say the third dose approved by U.S. regulators last week shows that scientists are trying to make the shots more effective while 71% of unvaccinated Americans say it’s proof the vaccines don’t work, according to a survey released today by the Kaiser Family Foundation.

“We have seen for sure that the vaccinated and unvaccinated have viewed the pandemic very differently,” said Liz Hamel, the foundation’s director of public opinion and survey research. “It’s not really surprising to me that they view the conversation around booster shots differently.”

Those still yet to receive a shot are among the “strongest holdouts,” Hamel said, adding that the unvaccinated are more likely to believe the severity of the pandemic has been exaggerated, are less worried about getting sick, and have viewed the safety and efficacy of the vaccines differently compared to those who are vaccinated.

Kaiser surveyed 1,519 randomly selected adults from Sept. 13 through Sept. 22, after the Biden administration announced plans to roll out booster doses to all Americans, but before federal health officials recommended boosters for people 65 and older and those at high risk of illness.

The split in attitudes toward vaccines more broadly continues to be a largely partisan one, the survey data shows, with 90% of respondents who are Democrats saying they have received at least one vaccine dose compared with 58% of Republicans.

That division by political identity has remained steady at about 30 percentage points since vaccines became widely available in the spring, Hamel said, even as other gaps along lines of race and ethnicity have narrowed.

The surge in Covid cases, hospitalizations and deaths due to the delta variant was the main motivator for a recent uptick in vaccinations, the survey found, with the largest increases in vaccination rates between July and September seen among Hispanic adults and those ages 18 to 29. Similar shares of white, Black, and Hispanic adults reported being vaccinated, at 71%, 70%, and 73%, respectively, saying they have had at least one shot. Hamel noted that a separate Kaiser analysis of state-reported data published last week found that Black and Hispanic Americans were still less likely than white Americans to have received a vaccine, but that the disparity across groups was narrowing over time.

The political split on vaccines extends to the public’s plans to get a booster shot, as 68% of Democrats said they will “definitely” get one if recommended, nearly twice the share of Republican respondents.

The vast majority of fully vaccinated adults overall said they would “definitely” or “probably” get a booster if it were recommended for them by the Centers for Disease Control and Prevention and Food and Drug Administration.

The FDA authorized Pfizer and BioNTech’s Covid booster shot for people 65 and older along with other vulnerable Americans on Wednesday of last week. On Friday, CDC Director Dr. Rochelle Walensky authorized the distribution of boosters for those in high-risk occupational and institutional settings, overruling an advisory panel that had voted against that proposal. She also approved three other recommendations from the group that cleared the way to distribute boosters to people over 65, other vulnerable groups and a wide array of U.S. workers — from hospital employees to grocery store cashiers.

President Joe Biden received a booster shot on Monday since his age at 78 made him eligible for an extra dose under the CDC’s latest guidance.

“Boosters are important, but the most important thing we need to do is get more people vaccinated,” Biden said prior to receiving his injection.

About 75% of the eligible population of 12 and older in the U.S. has received at least one vaccine dose, CDC data shows, and nearly 65% is fully vaccinated. Some 2.7 million people have received a booster shot since health officials authorized them for people with weakened immune systems in August.

Biden issued sweeping new vaccine mandates on Sept. 9 affecting private businesses and federal employees. Government staff and contractors are required to immunize against Covid with no alternative for testing, while any company with over 100 personnel must implement vaccine mandates that include medical and religious exemptions.

One thing vaccinated and unvaccinated Americans do agree on, the Kaiser survey shows, is that Covid is not going away any time soon.

About eight in ten respondents, including large majorities of both vaccinated and unvaccinated adults, said they expect that Covid will “continue at a lower level and be something the U.S. will learn to live with and manage with medical treatments and vaccines, like the seasonal flu.” Only 14% said they think Covid will be largely eliminated in the U.S. as polio has been.

“A majority of the public seem resigned to accept the possibility that COVID-19 may never be fully defeated and instead will have to be dealt with as a chronic problem” said Mollyann Brodie, executive director of the Kaiser Family Foundation’s public opinion and survey research program, in a press release. 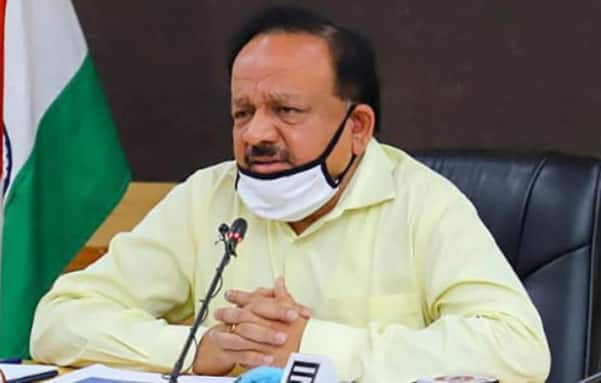 Charts show how far delta variant has spread around the world Kanpur: The crime branch busted a gang of cyber frauds who used to commit fraud in the name of depositing