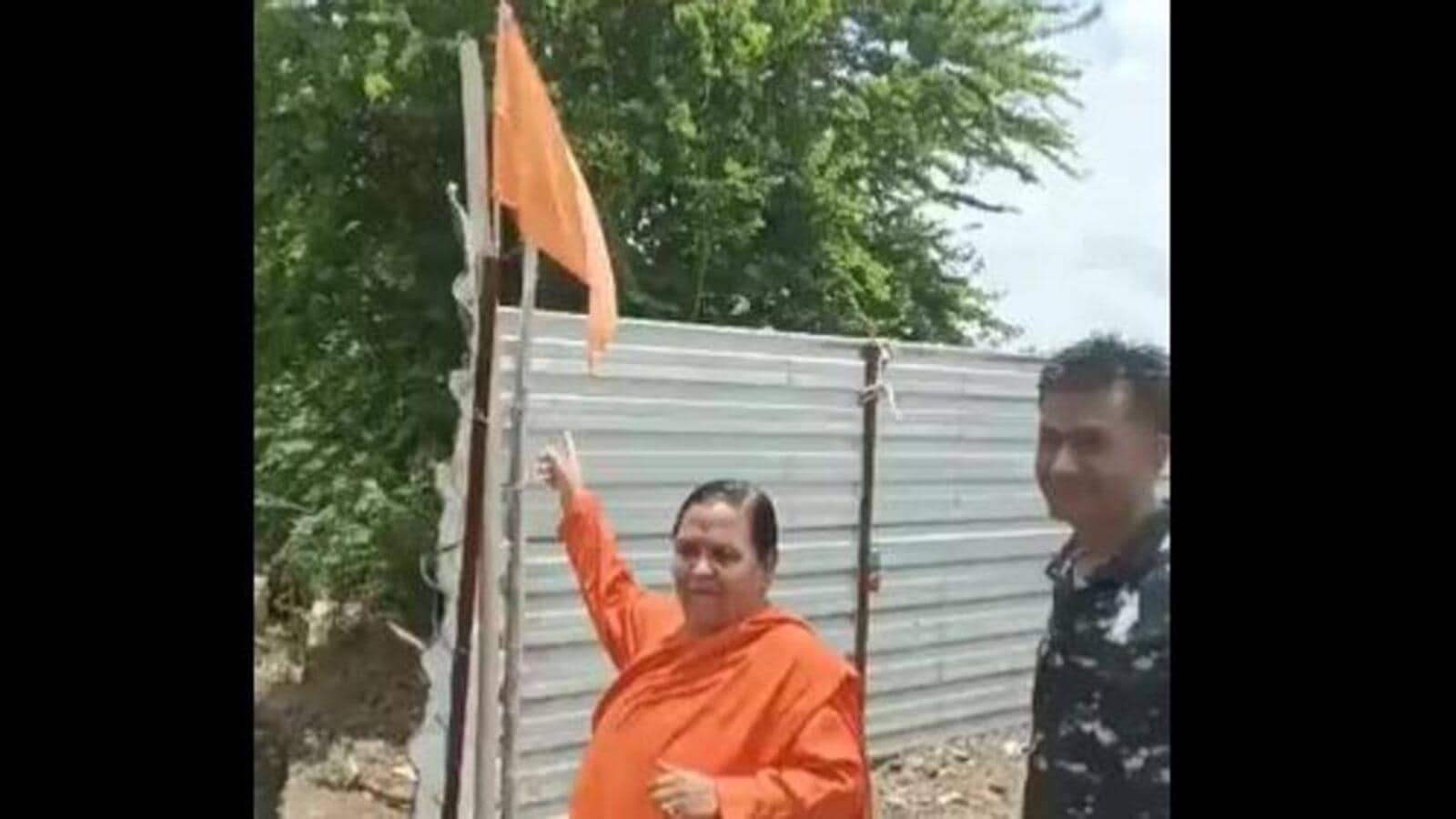 The former chief minister, who is campaigning against liquor consumption was going to Piplanarayanwar when she saw a saffron flag on a liquor shop. She stopped the car and pulled up local police officers. Uma Bharti called it an insult to the saffron flag.

Bharti continued with her journey only after local police personnel removed the flag. She later detailed the incident on Twitter.

“I am sad and ashamed that a liquor shop was opened by putting a saffron flag. I have asked police and administration to take action,” she said.

Bharti, who stopped at a local temple, said she prayed for a massive BJP win in the local body and panchayat elections and declared that she will continue to campaign against liquor consumption in her personal capacity. “After the elections, if the state government will not change the liquor policy, I will run people’s campaign against it,” she added.

On June 14, Bharti threw cow dung at a liquor shop in Orchha town in Niwari district, while in March she hurled a stone at a vend in Bhopal’s Azad Nagar.