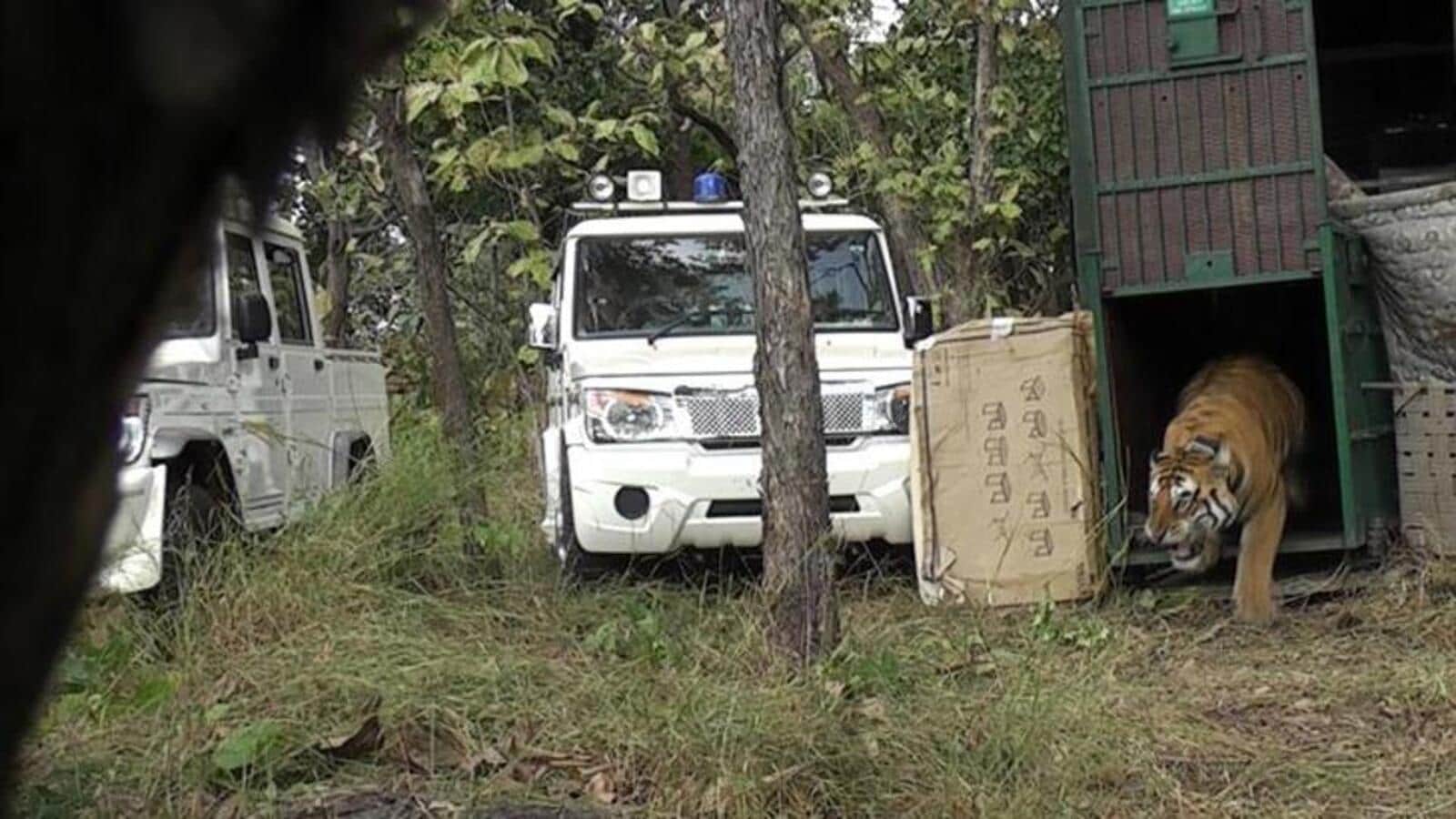 A two-year-old tiger was found hanging from a a tree at Madhya Pradesh’s Panna Tiger Reserve on Wednesday morning, a forest official said and added poachers were suspected to have killed the big cat with a clutch cable near Vikrampur village.

Chief conservator of forest Sanjeev Jha said forensic experts brought down the carcass which was being sent for post mortem. “It is a [case of] poaching.. but the purpose of poaching will be found out… The body parts are stated to be intact. A dog squad was rushed to the spot for investigation.”

Officials said the tiger was last seen in the reserve’s Lakshmipur and Vikrampur areas over the last few days. The reserve was left without tigers in 2009. It now has 46 tigers following a successful tiger relocation project.

Three tiger deaths in the reserve this year have alarmed officials. The carcasses of two tigers were found on June 10.

Teacher accused of beating up 5 students for vermillion transferred. He explains

India to get 12 cheetahs from South Africa every year, MoU inked