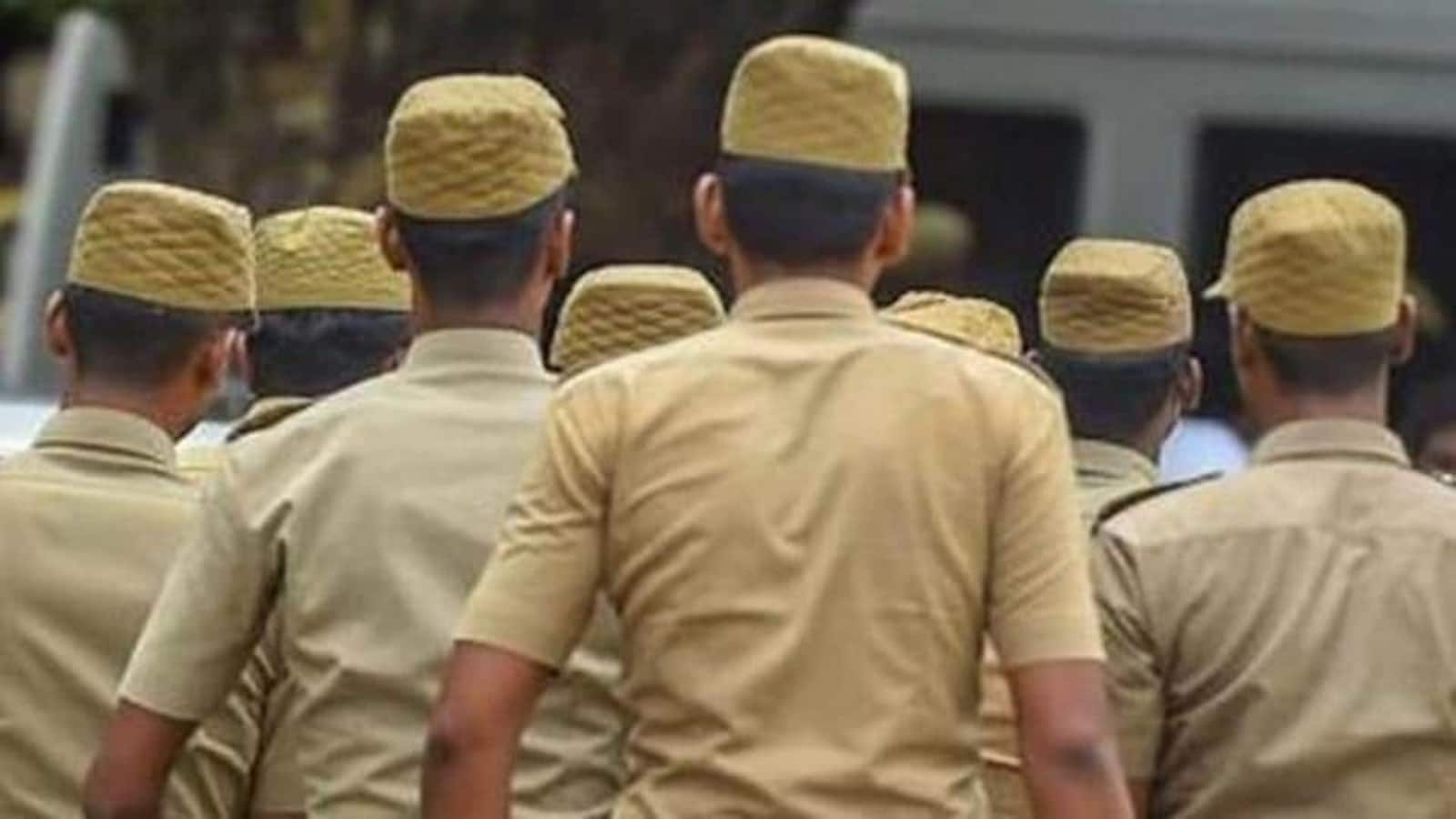 Bhopal/Vidisha: Sitting on the porch of his ramshackle mud home, 60-year-old Sardar Singh Bhil curses the structure around him. The house is in desperate need of repairs and the homestead needs a fence to stop cattle from encroaching.

It was for that very reason that Bhil’s son Chain Singh and three brothers on Tuesday entered the adjacent Khattpura forest near their village of Raipura — to bring some teakwood back home. Chain Singh did not return alive, allegedly shot dead by forest guards, tragically on World Tribal Day.

The incident has caused outrage among the tribal Bhil community, and raised the political heat against the Bharatiya Janata Party (BJP) just over a year before crucial assembly elections.

Time was of the essence. The families are poor, largely subsistence farmers, and the young men migrate to tea gardens in Karnataka and Rajasthan to look for work immediately after the monsoon.

At around 9 pm, they collected about a dozen wooden logs and were on their way back, Mahendra Singh said. “The forest patrolling team reached there on two four-wheelers and started firing after showing a torchlight to us. They were firing blindly. We left the bikes and the wooden logs and lay down. We were crying for help and shouting, ‘don’t kill us’. In between, I cried out that they had killed my brother Chain Singh. I could see he was unconscious. On hearing this, they reversed their vehicles and fled.”

Mahendra Singh’s legs are pockmarked with dozens of pellet injuries. “They (forest guards) gave us no warning,” he said. “They knew we were without arms, but they fired at us like we were animals.” A cow was also injured in the incident, he said.

Hearing the melee, villagers gathered at the spot and took the injured to the Lateri community health centre, where Chain Singh was declared dead, and five others with injuries were referred to the Vidisha Medical College, residents said.

Bhils are aware that felling trees for wood is banned under the Indian Forest Act, 1927, and the Madhya Pradesh Vanupaj Vyapaar Vinimay Adhiniyam,1971, which restricts felling, purchase or transport of specific kinds of forest produce, Sardar Singh Bhil said.

The laws mandate maximum imprisonment of six months and a fine of ₹500. Sardar Singh Bhil, however, said that since his community is desperately poor, the forests are its lifeline for the most fundamental of needs.

He, for instance, has 13 bighas of land, only five of which are fertile. “We are solely dependent upon the forest for our livelihood,” he said. “We don’t sell wood, but we use it for our personal use like constructing houses, fencing for our farms and even to save our lives by making temporary boundaries at culverts.”

“We have a family of 22 people. How will we survive? My sons have no work to do. They have to migrate to other states for work. This isn’t just my story, but the story of most tribal families in 110 neighbouring villages. The land is not fertile either because of the poor quality of soil and a lack of water,” Sardar Singh Bhil said.

Multiple governments, including the ruling Bharatiya Janata Party (BJP) administration, have promised that Bhils would get community forest rights, but that has not materialised so far. “We face only harassment. Wood smugglers from Rajasthan come here to cut the forest, and the police and forest officials never take action, but my sons went to collect wood for basic needs, and they have been fired upon,” the bereaved father said.

In the immediate aftermath of the incident, the state government suspended all forest officials of the Lateri forest range, including deputy ranger Nirmal Singh, and booked them under sections of murder and attempt to murder.

Vidisha additional superintendent of police (ASP), Sameer Yadav said, “In the investigation, it was found that forest guard Rupesh Sahu fired at villagers.”

The firing was an act of self-defence, however, claimed divisional forest officer Rajbir Singh, who was transferred after the incident.

“On Tuesday night, the forest officials at Lateri received information that wood smugglers from Guna are coming to Lateri to cut trees. When the team reached Khattpura, they heard some noises and saw people carrying wood with the light of a torch. They were completely unaware of the number of people that were there,” the forester said. “They warned them, but the villagers started attacking them with a gofan (stone weighing up to 5kg).”

The Guna incident of May 2022, when three policemen were killed allegedly by blackbuck poachers, may have played a role, he added. “They may have been nervous because of the Guna incident, which is why they fired to save their own lives. It was a very unfortunate incident,” Rajbir Singh said.

The forest officer, however, admitted that villagers have little option between depending on the forest or moving out. “The land is not fertile enough and the villagers have no other source of livelihood except collecting minor forest produce,” he said.

When HT visited the forest department’s office in Lateri, it found the door locked and angry employees avoiding work. “Why has the state government given us arms when we can’t use them for self-defence? Should the forest officials wait to get killed or injured before using the arms?” one of them asked, seeking anonymity. “Without any investigation and inquiry, the forest officials have been booked for murder and attempt to murder.”

The Bhils were not carrying arms, said Kashiram Kushwaha, in charge of Lateri police station. “The forest officials have said the tribals used gofan, but we are yet to find them at the site,” the police officer said. “No arrest has been made so far and all the officials are absconding. The investigation is going on.”

Local police officials said wood smuggling is rampant in the area “I have been working here for a long time and know that there is nexus of locals and Rajasthani smugglers to cut teakwood,” a police officer said, requesting anonymity.

Meanwhile, the police have also registered a case against all the brothers for violations of the Forest Rights Act. More than a dozen wooden logs have been recovered from the spot, but the police are yet to recover the instruments used to cut the trees, officials said.

“I was authorized to use the gun 15 years ago but I hardly got any training. If I ever witness a situation like Guna and Lateri, either I will die or I will commit some mistake because I am not trained enough to deal with such a situation,” said a forest guard posted in Vidisha district.

According to a 2012 circular of the forest department, if forest officials use the arms for self-defence, they get protection under section 197 of the Indian Forest Act (no court shall take cognisance of any offence alleged to have been committed by any member of the Armed Forces of the Union while acting or purporting to act in the discharge of his official duty). But, as per the forest department data, over the last 60 years, 15 forest officials are facing criminal cases for murder and attempt to murder and 52 have been killed while performing their duty.

Principal chief conservator of forest Ramesh Kumar Gupta said, “We are facing so many challenges but I have asked the officers in-charge and divisional forest officers to submit reports so that corrective measures can be taken.”

A retired IPS officer, Vijay Shukla, who opposed the decision to give firearms to forest officers, said, “Unlike police, the forest officers have 12 bore gun which is available with civilians too, so they can easily misuse it and can get ammunition easily. Unlike the police, forest officials don’t need to take orders from the magistrate before firing, so there is always a chance of such incidents. Similarly, police officials undergo strict arms training, but forest officials do short training, in which they learn how to use the gun and keep it clean.”

The ruling BJP is worried about the incident, given that elections are just about a year away, and that wooing Scheduled Tribes has been a focus for the past few months. In the last year, the BJP has introduced several schemes targeted at the community, including one to set up statues of tribal leaders in commemoration of the 75th anniversary of India’s Independence.

Further, in Madhya Pradesh, of the total Scheduled Tribes population of 15.31 million, 37.7%, or 4.6 million, are Bhil, according to the 2011 census. Members of the tribal community largely reside in Jhabua, Dhar, Khargone, Barwani, Guna, and Vidisha. There are 47 reserved seats in the assembly for Scheduled Tribes in the state, but the tribes affect outcomes at some 80 seats.

The incident has brought the BJP into damage-control mode with chief minister Shivraj Singh Chouhan announcing a financial aid of ₹25 lakh and a government job for the next of kin of the deceased, and ₹5 lakh each for the injured.

However, local BJP leaders are still worried. “About 10-15% forest of the area has disappeared due to wood smugglers and due to the incompetence of forest officials,” said Umakant Sharma of the BJP, who is a lawmaker from Sironj in Vidisha district. “The forest department neither has the manpower nor the technology to deal with the problem, and out of frustration, they have killed an innocent tribal.”

“I have raised the matter of felling of trees many times in the assembly, but nobody paid any attention, resulting in this incident,” Sharma said. “This could be a problem for the party in the upcoming election.”

“Whatever happened is not right. Especially before the assembly election, this incident can dilute all the efforts taken by the government to improve the condition of the tribes,” another local BJP leader said, declining to be named. “The state government should announce a special plan for the area to deal with resentment among the Bhils.”

Meanwhile, Congress tribal leaders, including Omkar Singh Markam, visited the village and demanded justice. “The Lateri incident exposes atrocities with tribals in Madhya Pradesh,” Markam said. “Earlier, the BJP-led state government was against farmers, and they saw the consequences in the 2018 assembly elections. Now, the party will see the ramifications for this in the next polls.”

There are two aspects to the use of forest produce by forest dwellers, according to Milind Thate, director of Tribal Ethos and Economic Research Foundation, a non-profit organisation.

“One is about minor forest produce, which is necessary to fulfil daily needs, and the other is about timber. Colonial rulers stopped common tribals, but not smugglers, from taking timber from the forest to control trade and transit,” Thate said. “We have found that a tribal needs timber only once in their lifetime to develop a safe shelter, but they are not allowed to do so.”

The state government must either provide safe shelter, or allow them to take timber once in their lifetime to construct their homes,” he said. “It is shocking that a tribal was killed in a case where the maximum punishment is imprisonment for six months and a ₹500 penalty.”

MP: 5 cops suspended after death of tribal youth in custody