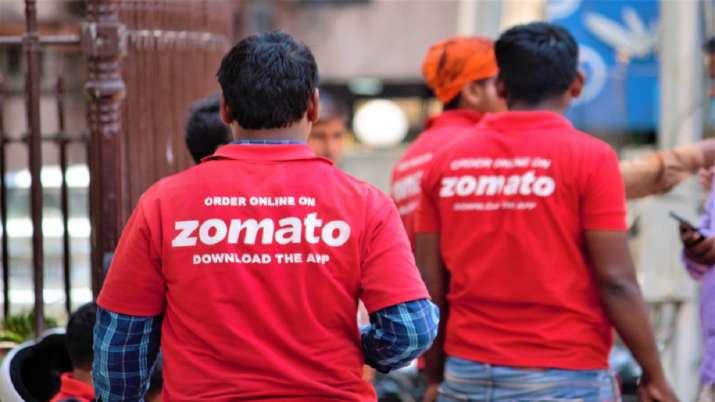 Amid rising customer complaints, online food business operators like Swiggy and Zomato were on Monday asked by the government to submit within 15 days proposals to improve their consumer grievance redressal mechanisms, while directing them to disclose breakup of charges.

The direction was given during a meeting chaired by consumer affairs secretary Rohit Kumar Singh with major e-commerce food business operators to discuss pertinent issues which affect consumers in this sector.

The meeting was attended by online food business operators, including Swiggy and Zomato as well as the NRAI (National Restaurant Association of India).

According to an official statement, “The Department of Consumer Affairs has directed major e-commerce Food Business Operators (FBOs) to furnish the current framework as well as a proposal on improving the consumer grievance redressal mechanism within 15 days.”

A Swiggy spokesperson welcomed the steps taken up by the government and acknowledged that food manufacturers and restaurants will have to work together to holistically address different aspects of the grievances raised.

The department of consumer affairs directed e-commerce FBOs “to transparently show consumers the breakup of all charges included in the order amount such as delivery charges, packaging charges, taxes, surge pricing etc.”

These platforms were also directed to show individual consumer reviews transparently and refrain from showing only the aggregation of reviews.

During the meeting, consumer grievances raised on the National Consumer Helpline were discussed.

These complaints included “veracity of the amount of delivery and packing charges and the reasonability of such charges, disparity between the price and quantity of food items shown on the platform and actually offered by the restaurant, inconsistency in the delivery time shown to consumers at the time of placing an order and the time at which the order is actually delivered, and absence of any mechanism to separate genuine reviews from fake ones,” the statement said.

NRAI raised the issue of customer information not being shared by the e-commerce FBOs with the restaurants, which impacts their ability to serve the consumer needs better.

Further, delivery charges are determined and levied by the latter. Also, a commission of around 20 per cent is charged by the online FBOs on each order.

“It was emphasised that the right of choice for a consumer should be respected and the e-commerce FBOs were advised to allow consumers the choice to share their contact information with the restaurants, if the consumers want so,” the statement said.

When reached out for comments, a Swiggy spokesperson welcomed the initiative by the government .

“We are encouraged by the discussion between the key stakeholders in the food ecosystem. As participants, we agreed that food manufacturers and restaurants will have to work together to holistically address different aspects of the grievances raised,” the spokesperson said.

On data sharing, the Swiggy spokesperson said,”Keeping in view user privacy, Swiggy does not share customer names and contact information. All other information related to food orders and insights on demand and selection is shared with restaurant partners.”

The meeting was also attended by Nidhi Khare, additional secretary, and Anupam Mishra, joint secretary of department of consumer affairs.

As per the official statement, e-commerce FBOs in the meeting observed that prices of food items are decided by the restaurants and they have a grievance redressal mechanism in place, which does have a scope for improvement considering the number and nature of grievances registered by consumers.

During the meeting, stakeholders acknowledged the need to address consumer grievances closely and develop a robust grievance redressal framework.

They assured that the concerns raised in the meeting will be duly taken into consideration and the proposed improved and transparent framework will be shared with the department in 15 days, the statement said.

Delivery of wrong product and paid amount not refunded accounted for 11 per cent each to the total complaints.

In the last few months, the department has taken many steps to protect consumers’ interest. It has asked restaurants not to levy service charges and will soon bring a legal framework on this issue.

Consumer protection regulator CCPA on May 20 said it has issued notices to cab aggregators Ola and Uber for unfair trade practices and violation of consumer rights. The Central Consumer Protection Authority (CCPA) has given 15 days time for these two companies to reply to the notices.

The department will soon hold a meeting with edtech firms like Byju’s and Unacademy amid complaints that these platforms put extra study pressure on schools.

This is what happens after they’re seized