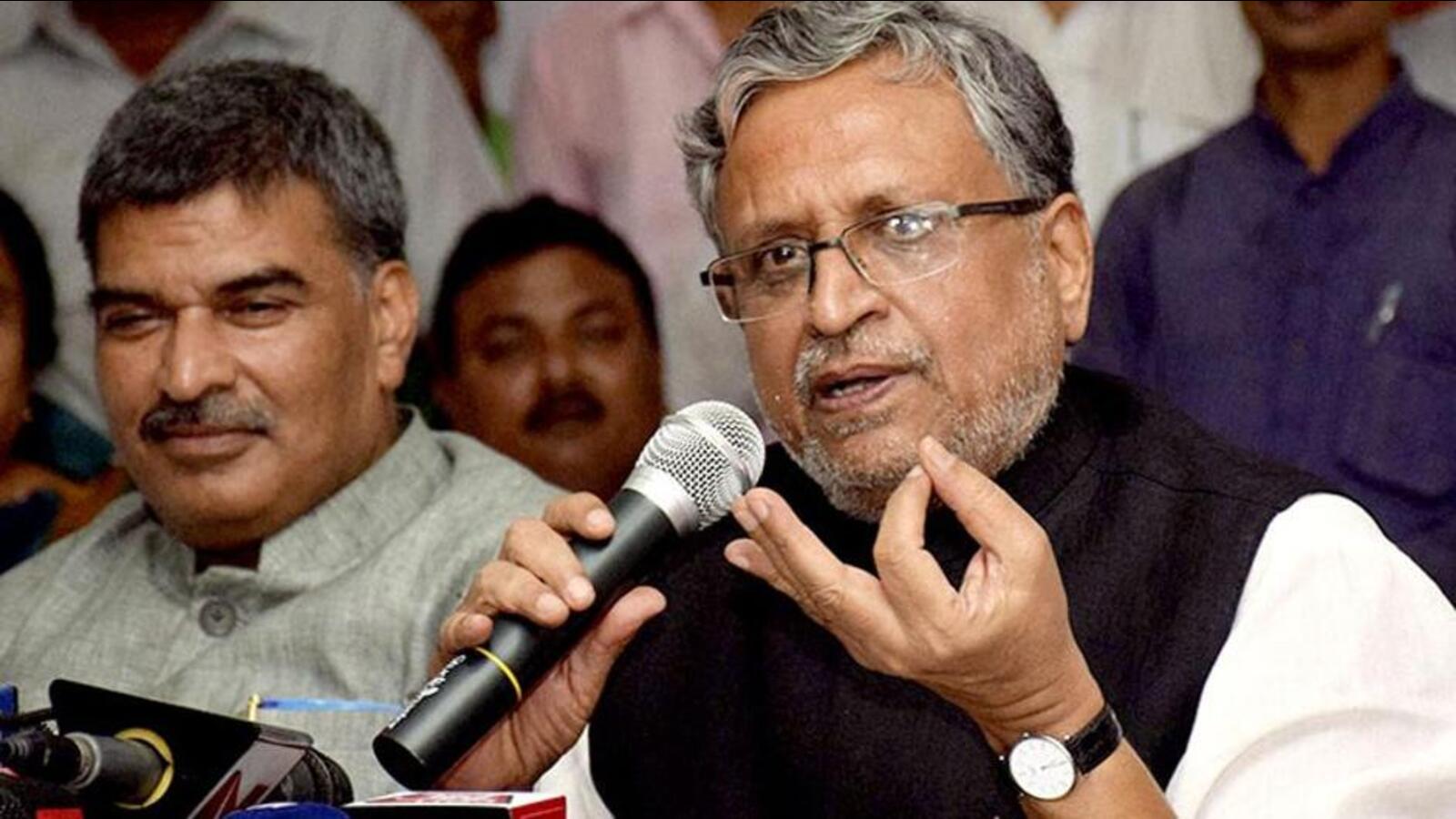 Senior BJP leader and Rajya Sabha member Sushil Kumar Modi on Monday once again came out in support of Bihar chief minister Nitish Kumar and attacked the Opposition for allegedly trying to create instability in the state by consistently talking about the possibility of a change of guard in the state, with a BJP CM.

He, however, steered clear of the contentious issues that often bring the BJP and the JD-U face to face.

“The NDA fought 2020 Assembly election on the face of Prime Minister Narendra Modi and chief Minister Nitish Kumar and the mandate was till 2025. There is no vacancy till then,” Modi, who has served as Bihar’s deputy CM for over a decade under Nitish Kumar, said in a series of tweets.

“When Bihar BJP president Dr Sanjay Jaiswal has categorically said that the NDA government in Bihar would complete its term under Nitish Kumar, all talks about leadership change and BJP taking over the reins in the state are mere lies. Baseless speculations about the chair of CM are unfortunate and this mischief may have had some impact in Bochahan (assembly bypoll) also. The opposition has neither any issue to confront the CM nor the numbers in the House, nor the moral authority given unforgettable memories of the Lalu-Rabri regime. It is just trying to create instability by deliberately fanning the issue of leadership change,” Modi said.

BJP and CM Kumar’s JD-U, the two main constituents of the ruling National Democratic Alliance (NDA) in Bihar, have openly differed on a number of issues, the latest being BJP’s insistence on implementing Uniform Civil Code (UCC) in states where it’s in power.

In the past, Kumar has rejected any attempt to impose UCC without concurrence from the religious groups, minorities in particular.

Last week too, Modi had rued lack of synergy due to confusion over CM’s chair as the reason behind BJP’s loss in the recent Bochahan bypoll and NDA’s poor performance in elections for 24 the Legislative Council seats in which BJP and JD-U together ended up losing 10 sitting seats, while the RJD was the biggest gainer.

Jobs To Be Generated In It Sector: Minister | Patna News