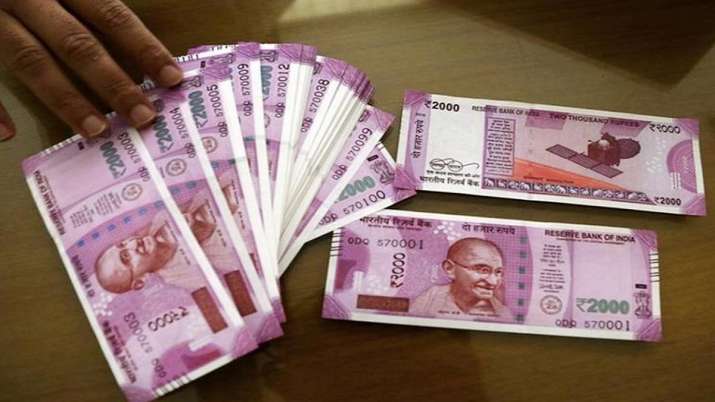 The rupee recovered from its all-time low of 80.05 to close 6 paise higher at 79.92 (provisional) against the US dollar on Tuesday, tracking its regional peers and a positive trend in domestic equities. At the interbank forex market, the local unit opened lower at 80.00 against the greenback and fell further to an intra-day low of 80.05.

The local unit recouped losses later and settled at 79.92 (provisional), registering a rise of 6 paise over its previous close. On Monday, the rupee for the first time declined to the low level of 80 against the US dollar in intra-day spot trading before ending the session 16 paise lower at 79.98 amid a surge in crude oil prices and unrelenting foreign fund outflows.

Parmar further said the near-term consolidation in the rupee is likely along with the dollar index ahead of the European Central Bank (ECB) and Bank of Japan policy meetings on Thursday. On the domestic equity market front, the BSE Sensex ended 246.47 points or 0.45 per cent higher at 54,767.62, while the broader NSE Nifty advanced 62.05 points or 0.38 per cent to 16,340.55.

The dollar index, which measures the greenback’s strength against a basket of six currencies, was down 0.66 per cent at 106.66. Brent crude futures, the global oil benchmark, fell 0.40 per cent to USD 105.84 per barrel. Foreign institutional investors were net buyers in the capital market on Monday as they purchased shares worth Rs 156.08 crore, as per stock exchange data.

‘You cannot sue your way to the moon’