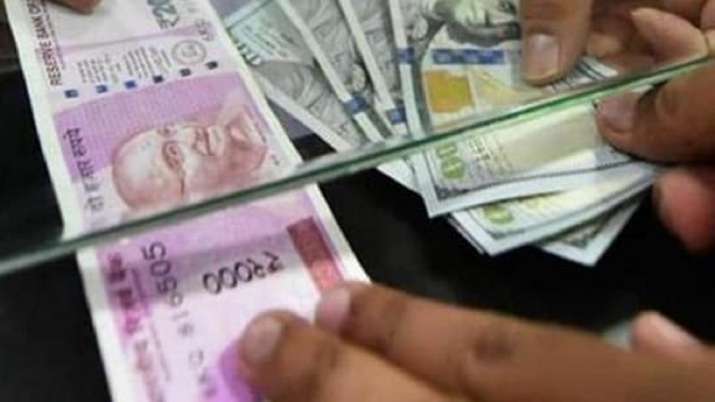 The rupee fell by 41 paise to close at a fresh lifetime low of 79.36 (provisional) against the US dollar on Tuesday amid a strong greenback overseas and unrelenting foreign fund outflows. At the interbank forex market, the local unit opened at 79.04 against the greenback and witnessed an intra-day high of 79.02 and a low of 79.38.

It finally settled at 79.36 (provisional), down 41 paise over its previous close. On Monday, the rupee had closed at 78.95 against the US dollar. The Indian rupee hit a fresh record low against the US Dollar on Tuesday on the back of a stronger dollar and weaker-than-expected domestic data, said Anuj Choudhary – Research Analyst at Sharekhan by BNP Paribas.

India’s merchandise exports in June rose by 16.78 per cent year-on-year to USD 37.94 billion while the trade deficit ballooned to a record USD 25.63 billion on account of a steep increase in gold and crude oil imports, according to the government’s preliminary data released on Monday.

“Rupee is expected to trade on a negative note on a firm tone in the US Dollar, elevated oil prices, and weak global market sentiments,” Choudhary said.

The dollar may strengthen on expectations of aggressive rate hikes by the Federal Reserve, Choudhary said, adding that the hike in import duty on gold may support the rupee to some extent as it may dent import demand for gold.

Rupee may trade in the range of 78.50-80 in the next couple of sessions. The dollar index, which measures the greenback’s strength against a basket of six currencies, was up 0.89 per cent at 106.07.

“Rupee scaled to fresh new lows below 79.35 falling by more than 0.50% amid strong sell off from higher levels in capital markets indicting FII’s still fearful on any rise in equities. Rupee felt the heat with dollar index sharp surge towards 106$ rising 1% compared to last close. As risk sentiment on inflationary pressures continues globally, Rupee range can be seen between 79.05-79.55,” Jateen Trivedi, VP Research Analyst at LKP Securities.

‘Private companies can’t be used as benchmark to value LIC’