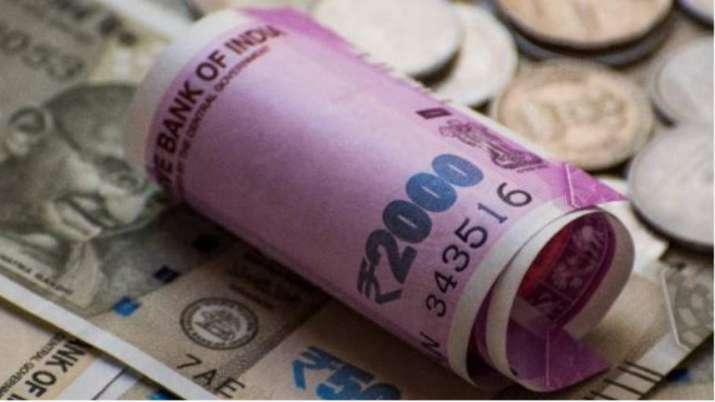 The rupee slid to an all-time low level of 80 in intra-day trade before settling down by 15 paise at 79.97 (provisional) against the US currency on Monday due to a surge in crude oil prices and unrelenting foreign fund outflows.

At the interbank forex market, the local unit opened at 79.76 against the greenback but later lost ground to touch the psychological low mark of 80.00 against the American currency. The local unit recovered some lost ground and closed at 79.97 (provisional), registering a fall of 15 paise over its previous close. The rupee on Friday rebounded from the near-80 levels to close higher by 17 paise at 79.82 against the US currency.

“Indian rupee opened in the green on strength in domestic equity markets and a weak US Dollar. However, the rupee weakened in the latter half of the day on surge in crude oil prices and selling pressure by FIIs. FII outflows rose to Rs 1,649 crores on Friday,” said Anuj Choudhary, Research Analyst at Sharekhan by BNP Paribas.

Choudhary further said that the rupee is likely to trade with a positive bias of rise in risk appetite in global markets and weakness in the US Dollar. Improved global risk sentiments may also support the rupee. “However, a pullback in crude oil prices and continued selling pressure by FIIs my cap sharp gains in the rupee. USD-INR spot price is expected to trade in a range of Rs 79.20 to Rs 80.80 in the next couple of sessions,” Choudhary said.

The dollar index, which gauges the greenback’s strength against a basket of six currencies, was trading 0.50 per cent down at 107.52. Brent crude futures, the global oil benchmark, jumped 2.06 per cent to USD 103.24 per barrel. On the domestic equity market front, the BSE Sensex ended 760.37 points or 1.41 per cent higher at 54,521.15, while the broader NSE Nifty declined 229.30 points or 1.43 per cent to 16,278.50. Foreign institutional investors remained net sellers in the capital market on Friday, offloading shares worth Rs 1,649.36 crore, as per exchange data.

5 things to know before the stock market opens Friday, April 8