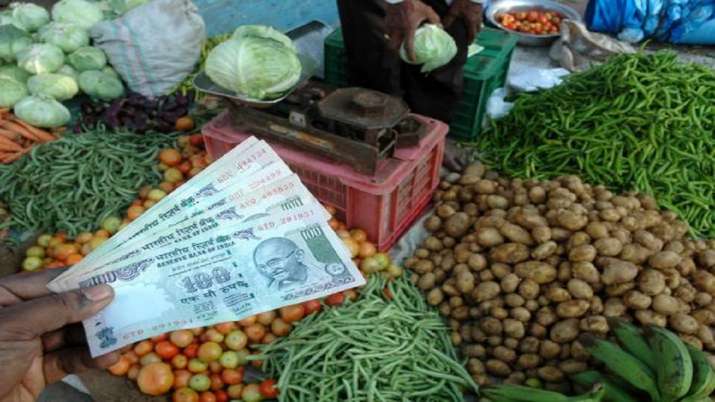 Retail inflation eased to 7.04 per cent in the month of May from an eight-year high of 7.79 per cent in April this year, according to the data released by the National Statistical Office (NSO) on Monday. The ease in the inflation rate was mainly on account of softening food prices after the RBI hiked the lending rate twice and the government resorted to calibrated efforts to check the rising prices.

However, it remained above the Reserve Bank of India’s (RBI) upper tolerance level of 6% for the fifth consecutive month.

In the corresponding month a year ago, the country’s retail inflation stood at 6.3 per cent. The previous high in the consumer price index (CPI)-based retail inflation was recorded at 8.33 per cent in May 2014.

The Reserve Bank, which factors in the CPI in its monetary policy, had in the just held policy review meet raised the inflation forecast for the current financial year to 6.7 per cent from its previous estimate of 5.7 per cent. As per the RBI’s projections, inflation in the first quarter of the fiscal is likely to be 7.5 per cent and at 7.4 per cent in the following three months. It is expected to decline to 6.2 per cent and 5.8 per cent in the third and fourth quarters, respectively.

The government has tasked the RBI to ensure inflation remains at 4 per cent with a margin of 2 per cent on either side.

Retail Inflation Rises to 6.07% in February; Highest in 6 Months

Paracetamol, Insulin Injections, 800 Essential Medicines to Get Costlier from this Month