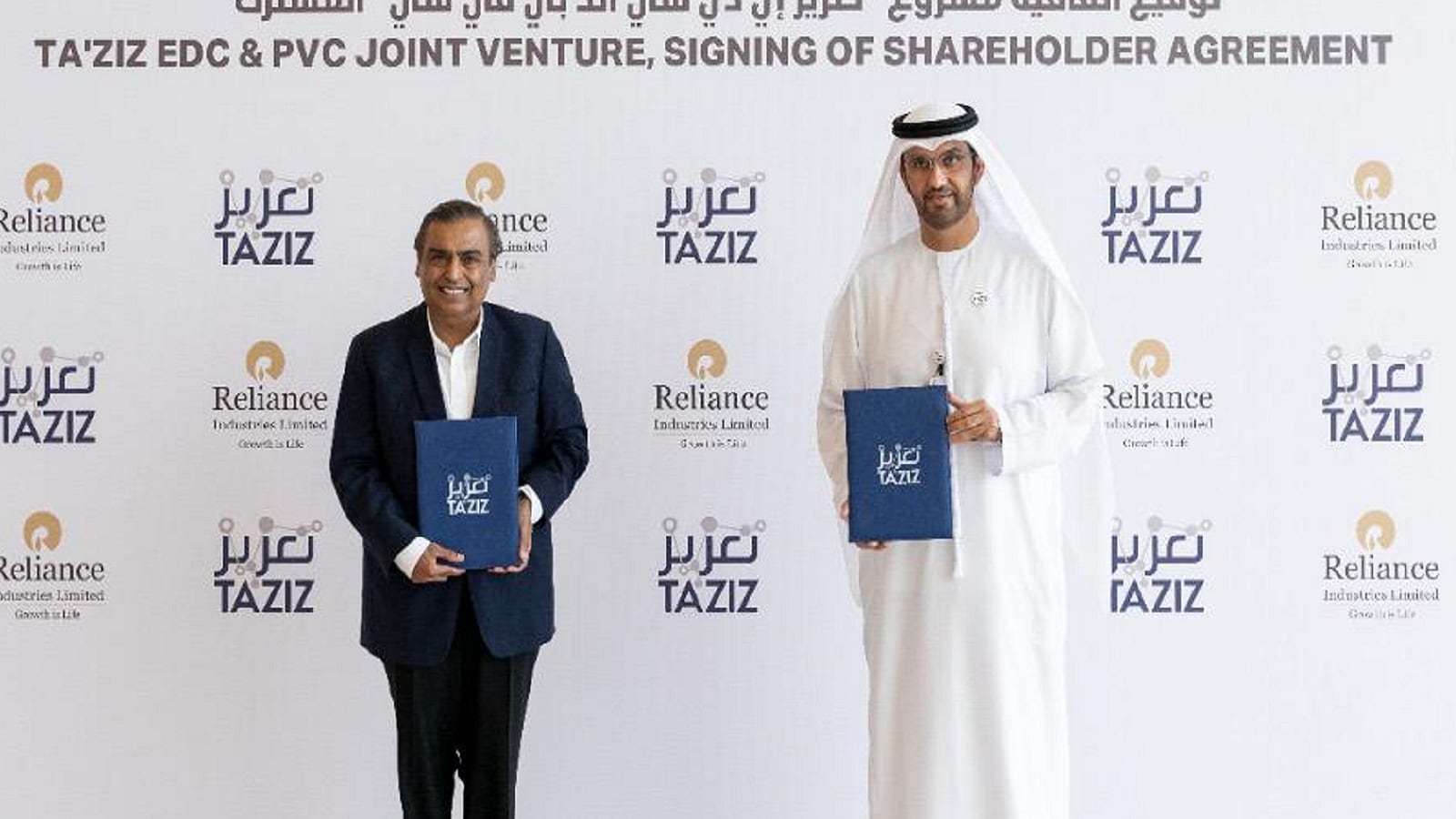 Formally known as the TA’ZIZ EDC & PVC project, the chemical production facility will involve a “total investment of over $2 billion”, and will be set up at the TA’ZIZ Industrial Chemicals Zone in Ruwais, the town located 240 km west of Abu Dhabi, the capital of the United Arab Emirates (UAE).

“The TA’ZIZ EDC & PVC joint venture will construct and operate a Chlor Alkali, Ethylene Dichloride (EDC) and Polyvinyl Chloride (PVC) production facility, with a total investment of over $2 billion,” it said.

These chemicals will be produced in the UAE for the first time, unlocking new revenue streams and opportunities for local manufacturers.

The formal shareholder agreement was signed by senior executives during a visit of RIL Chairman and MD Mukesh Ambani to ADNOC headquarters, where he met Dr Sultan Al Jaber, UAE’s Minister of Industry and Advanced Technology and ADNOC MD and Group CEO

They “discussed opportunities for partnership and growth in Upstream, new energies and decarbonization across the hydrocarbon value chain”, the press release noted.

Network18 and TV18 – the companies that operate news18.com – are controlled by Independent Media Trust, of which Reliance Industries is the sole beneficiary.

Are there any answers to the struggles of Women In Blue down under?