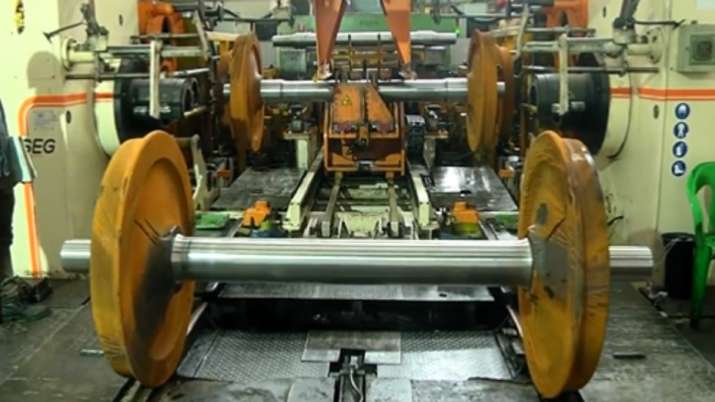 The Railways has drawn up a blueprint to become a wheels exporter and floated a tender on Friday to build a plant which would manufacture at least 80,000 wheels every year, Union Minister Ashwini Vaishnaw said.

At a press briefing, Vaishnaw said forged wheels needed for high-speed trains and for LHB coaches will now be produced in the ‘Make in India’ plant and there will be an assured procurement of 80,000 wheels for Rs 600 crore per year.

This is for the first time the Railways has floated a tender to invite private players to build a wheel plant and make wheels for high-speed trains in India, he said.

According to the plan, while Steel Authority of India Limited’s Rashtriya Ispat Nigam Limited will provide a portion of the wheels, the rest will be provided by a new ‘Make in India’ plant.

Vaishnaw said the tender will be awarded on the condition that the plant will be an exporter of wheels too and the market will be Europe.

Currently, the Railways imports the bulk of its wheels from countries like Ukraine, Germany and the Czech Republic.

The delay in procurement due to the war in Ukraine has pushed the Railways to find a solution closer home.

“Today the tender was floated. We have been importing forged wheels since 1960 from European nations. Now we have decided to manufacture and also export,” he said.

The minister stated the decision was taken after complete technical analysis and discussion as raw materials are available in the country.

The indigenous wheels are also expected to save the Railways a considerable amount of money since it pays Rs 70,000 per wheel imported, officials said.

“Now we are coming up with a Make in India track agreement within a month, in which very high-strength tracks will be manufactured in the country,” he said.

In May, the Indian Railways had awarded a contract for the supply of 39,000 Vande Bharat train wheels worth Rs 170 crore to a Chinese company as deliveries from other countries got impacted due to the Russia-Ukraine war.

Powerball’s jackpot is $454 million. What to do first if you win

Electricity output in March grows at fastest rate in 3 months