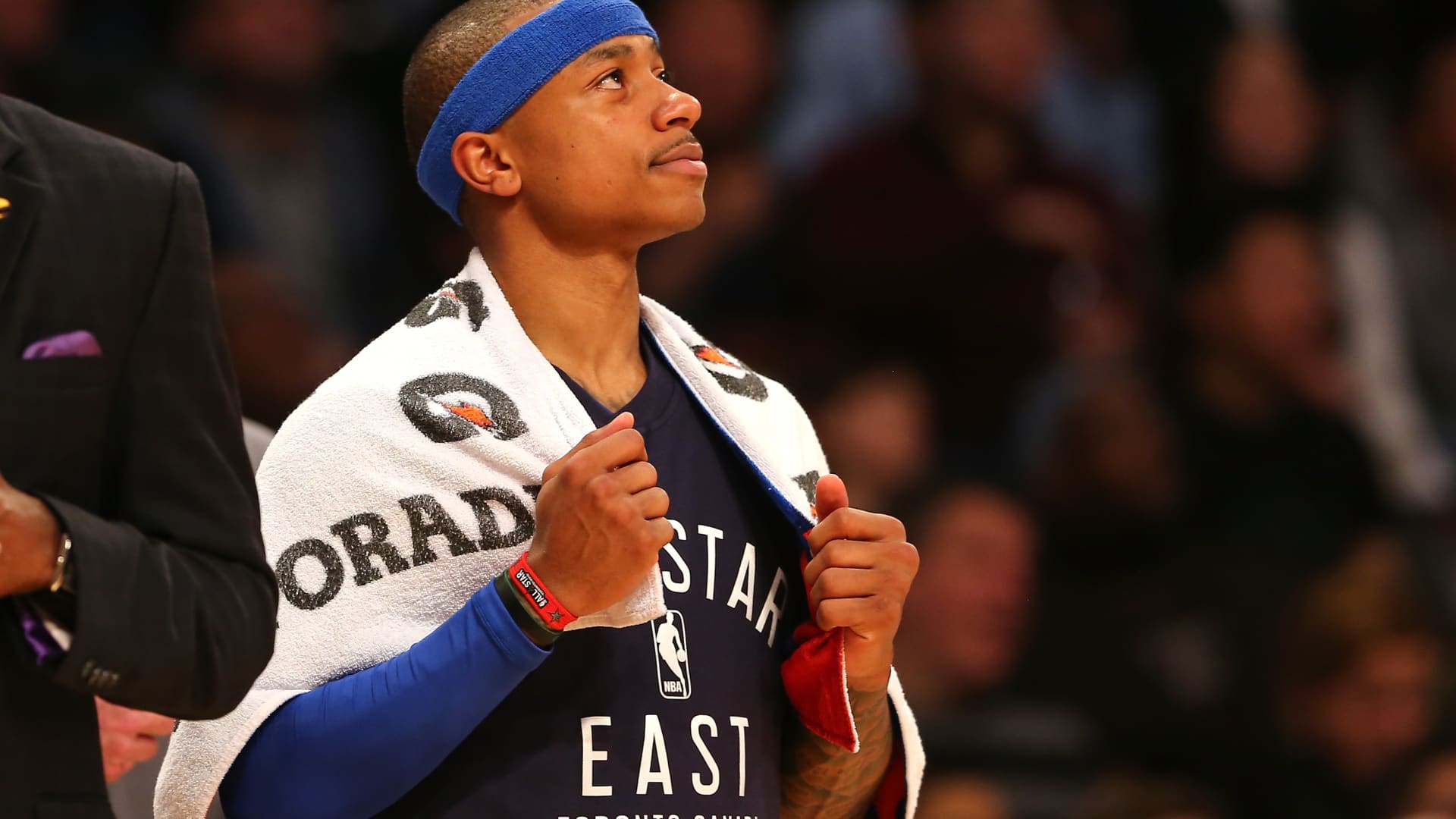 HUNTINGTON BEACH, Calif. — Professional athletes are faced with a difficult task early in their careers — learning to deal with big sums of cash as they’re thrust into stardom, often at a young age.

Here are six of their best money tips.

1. Save more than you spend

Isaiah Thomas during the NBA All-Star Game in 2016.

“Once I got money, once my professional career started, learning how to save was the most important thing I learned,” said Thomas, 33, a point guard who’s currently a free agent. He’s played for many teams over a decade-long career, and was a two-time NBA All-Star during a stint with the Boston Celtics from 2014 to 2017.

When his first paychecks rolled in, Thomas and McLean set parameters: 70% of every net dollar was allocated to a savings bucket. This made the saving automatic, said McLean, chief growth and innovation officer and senior managing director for MAI Capital Management LLC.

“Saving more than you spend was our philosophy every month,” Thomas said.

The percentage saved can change, depending on the athlete and stage of their career, McLean said. It might be 40% on a player’s first contract, 60% to 70% on the second, and 80% for the third and beyond since “the cash flow is so high” at that point, McLean said.

This approach helps players choose the lifestyle they’d like to live “before your lifestyle chooses it for you,” he added.

“You have to make the decision from the very beginning” to build a habit, he said.

“Always prepare for rainy days,” said Fowler, 36, an outfielder who won a World Series with the Chicago Cubs in 2016. He’s currently a free agent.

“You never know what’s going to happen,” he added. “You [could] get in a car accident; you could stop working.

“Hope for the best, but prepare for the worst.”

Dexter Fowler during game seven of the 2016 World Series.

Fowler describes himself as a lifelong saver. As a young boy, he’d keep the physical birthday checks from family members, because he didn’t know they needed to be cashed.

“People live in the moment,” he added. “Don’t get me wrong, have your vice.

“I like watches; that’s my vice, but I don’t have 10 vices,” said Fowler. “That’s how you go crazy; you’re going to spend money but spend it the right way.”

3. Be mindful of financial consequences

For individuals who earn substantial sums of money, there isn’t an immediate consequence of poor financial decisions, McLean said.

“You may have a big Amex bill, [you’re] swiping, make a couple big purchases, but because there’s still money coming in, the card still works,” he said. “You don’t feel it.”

As McLean explains, “the laws of finance don’t follow the laws of physics.”

This is what happens in sports: You save a bunch of money but you have a big lifestyle and you don’t allow that to compound.

founder and CEO of Intersect Capital

Until the money dries up, that is.

The thinking is: If you overspend during your working years, it’s hard to downshift to a more frugal lifestyle later — which may be necessary for someone who doesn’t have the nest egg to support lavish spending.

With this mindset, “you don’t have to change your lifestyle when you’re retired,” Fowler said.

“And it’s hard to do,” he added. “You’re in locker rooms and club houses … [and] you see a dude riding in a [Lamborghini].

“You’re like, I’m making seven times what you’re making, and I don’t feel like I can afford that.”

Thomas and Fowler, each in their 30s, have a long investment time horizon — and that’s a powerful thing, McLean said.

Time harnesses the power of compound interest, which is calculated on principal plus accumulated interest — meaning your investment gains accumulate more quickly.

“This is what happens in sports: You save a bunch of money but you have a big lifestyle and you don’t allow that to compound,” McLean said. “Letting this money compound for another 10 years, double it one more time, [then another] time, that’s when it becomes multi-generational-type wealth.”

By comparison, “you’re not going to allow the compounding effect” by continuing to spend heavily and whittling away a portfolio over the next decade, he said.

Fowler is putting this idea into practice.

“We want to save these next 10 years,” he said of his family. “We cut down on everything.”

6. Look beyond the lump sum

Fowler got a signing bonus worth almost $1 million in 2004, when he was drafted by the Colorado Rockies. He was just out of high school, 18 years old and had gotten his first contract, he said.

“You’re sitting there and you’re like, I have $1 million?” he said. “One million dollars then was a ton of money.”

For everyday retirees, the same principle may apply — a $1 million nest egg may sound like an ample sum of money for living large but may not go as far as people expect over a retirement that can last three decades or more.

Upon getting his signing bonus, Fowler immediately wanted to buy a car. All the newly drafted players were buying Escalades and Range Rovers — so he bought a Range Rover, against the advice of his dad, who recommended leasing instead of buying a car, Fowler said. (Fowler now exclusively leases his cars; he has two Teslas. Cars are “depreciating assets,” he explained.)

Tax also ate into a substantial portion of his signing bonus, Fowler added. He then realized, when playing minor-league ball after the draft, that it’s tough to live on that salary, which netted him about $300 to $400 every two weeks — making the bonus essential to help make ends meet.

“I saw a bunch of dudes getting offseason jobs” he said. “I was fortunate enough I didn’t have to do that.”

Correction: This article has been updated to reflect that Joe McLean is currently chief growth and innovation officer and senior managing director at MAI Capital Management.