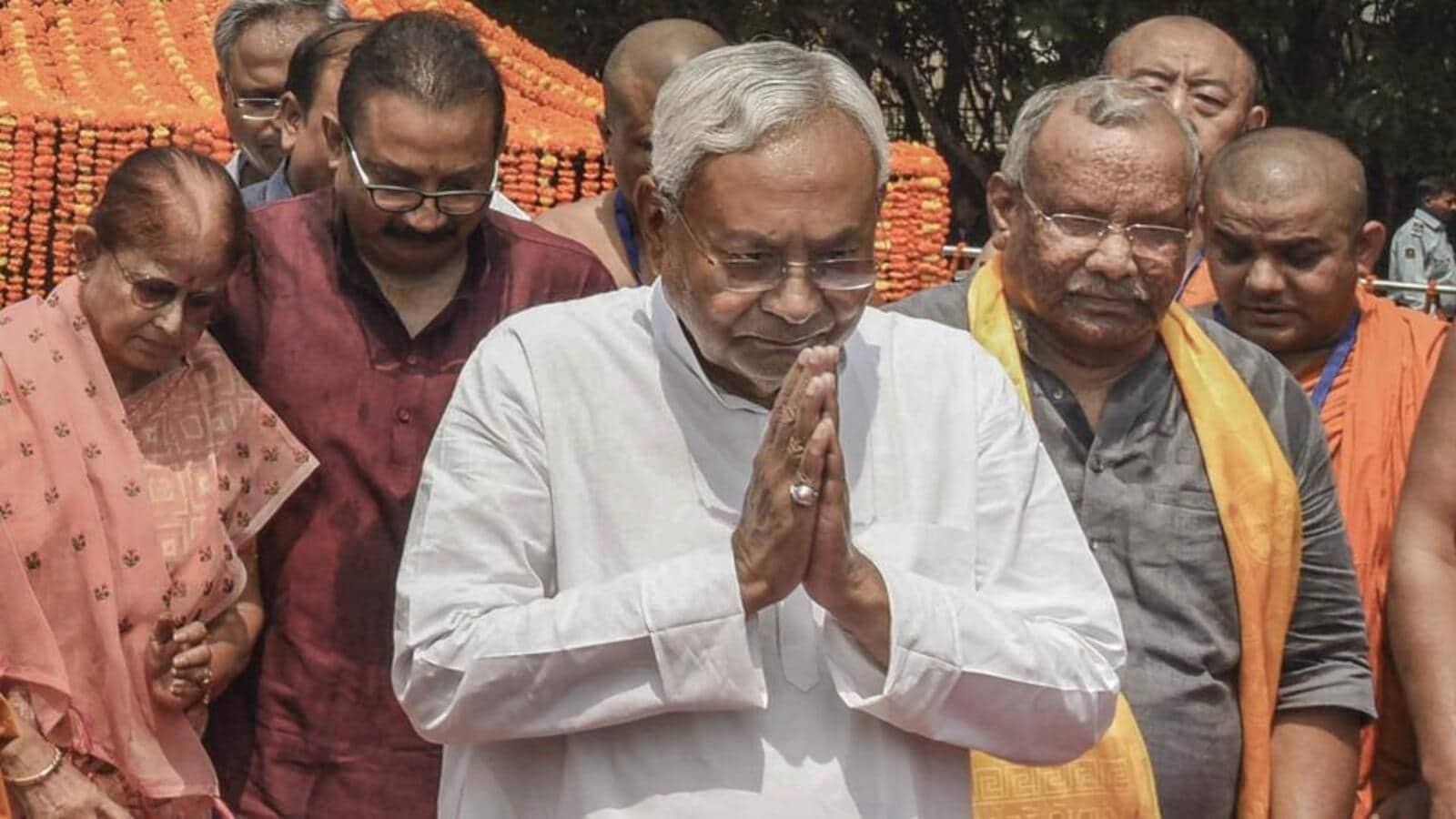 PATNA: Bihar chief minister Nitish Kumar on Monday said the all party meeting on the proposed caste census in the state will be held very soon.

“There won’t be any further delay in convening an all party meeting on caste census. Everyone will be asked to give their opinion in the meeting. After the meeting, further steps will be taken for this (caste census). The government will consider the suggestions made in the all-party meeting and then it will be presented in the cabinet,” the chief minister told reporters on Monday on the sidelines of an event on Buddha Purnima in state capital Patna.

Kumar said the work on the caste census will start after the state cabinet’s approval. “It will be done in a proper manner and proper instructions would be issued to officials,” he said. Kumar attributed the delay in holding the meeting with the state’s political leaders to a variety of reasons including the Covid-19 pandemic and elections. “Otherwise, the all-party meeting would have been held by now”.

The RJD and the Janata Dal (United), or JD(U), have been vociferously demanding a caste census for years and the two parties along with the Samajwadi Party, forced the United Progressive Alliance (UPA) led by the Congress to agree to the demand for a caste census at a national level in 2010. But the data collected during the last decadal headcount was never processed.

After spending years demanding that the caste data be made public, RJD and JD (U) leaders have lately come around to the view that they should try to conduct the exercise at the state level.

These parties have argued that a count of castes last carried out in 1931 will give a correct assessment of how castes are numerically poised and which groups have benefitted the most and the least from quotas based on the Mandal commission recommendations that paved the way for 27% reservation for OBCs in government jobs and educational institutions.

The Bharatiya Janata Party (BJP), which is in coalition with Nitish Kumar’s JD (U), has supported the demand and was part of the all-party delegation that approached Prime Minister Narendra Modi in August last year to seek such a caste census at a national level.

But the BJP’s critics in Bihar believe that there were many in the party who had their reservations, particularly in view of the possibility of triggering anger among the influential upper castes.

It was in this context that a recent statement of the JD (U) parliamentary board chairman Upendra Kushwaha thatblamed the BJP for the delay was seen. “The caste census was being delayed because of the BJP. Because of the BJP, the all-party meeting is not being held and no decision is being taken regarding the caste census,” Kushwaha told television channels recently.

The BJP responded strongly to Kushwaha’s allegation. “It seems Upendra Kushwaha does not listen to Nitish Kumar’s statement properly. The CM himself has said that work is going on the matter of the caste census. Kushwaha should first consult with Nitish Kumar before making any statement,” BJP spokesperson Ram Sagar Singh said.