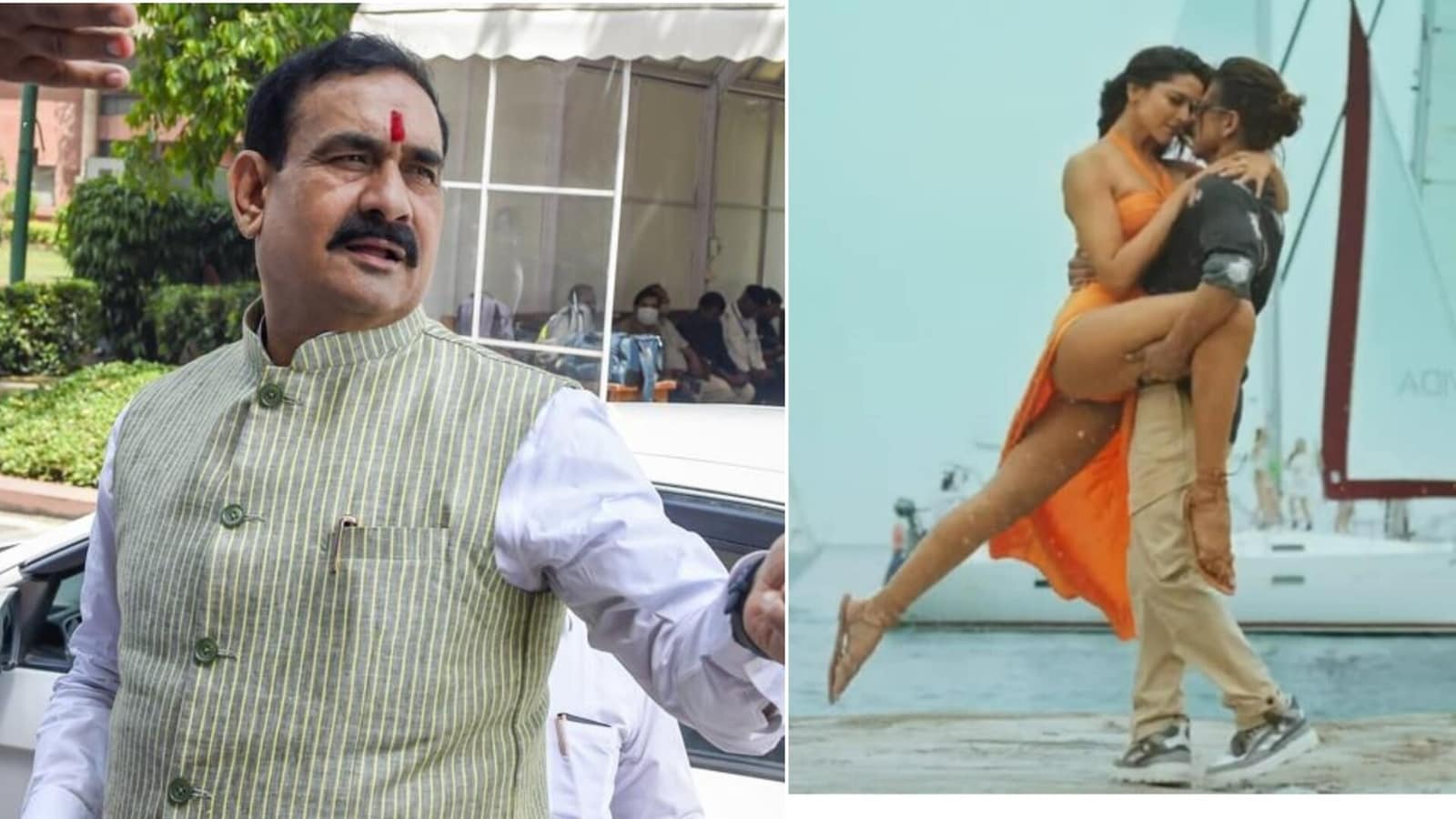 Madhya Pradesh home minister Narottam Mishra on Wednesday threatened to block the release of Shah Rukh Khan and Deepika Padukone starring Bollywood film ‘Pathaan’ in the state if certain scenes in it were not “rectified”. Calling the costume of Padukone in the recently released song ‘Besharam Rang’ from the film “highly objectionable”, the Bharatiya Janata Party (BJP) leader said that it’s clear the scenes were shot with a “dirty mindset”.

Mishra, who is the spokesperson of the Madhya Pradesh state government, also alleged that Padukone has been a supporter of the “Tukde Tukde gang in the JNU case”. His statement referred to the visit of the Bollywood actor to JNU in the aftermath of the 2016 protest there, which at the time had created major controversy.

The MP home minister objected to Padukone’s ‘saffron’ clothes in the ‘Besharam Rang’ song in the movie ‘Pathaan’.

A Hindi-language action thriller, the movie is going to hit the screens on January 25, 2023.

This is not the first time that Mishra has called out Bollywood personalities for their movies. In October, he warned the makers of Bollywood film ‘Adipurush’, based on epic Ramayana of legal action if scenes showing Hindu religious figures in allegedly “wrong” manner were not removed.

Furthermore, in July this year, he threated to lodge a First Information Report (FIR) over a controversial poster of filmmaker of Leena Manimekalai’s documentary ‘Kaali’ after an uproar as it showed the deity smoking.