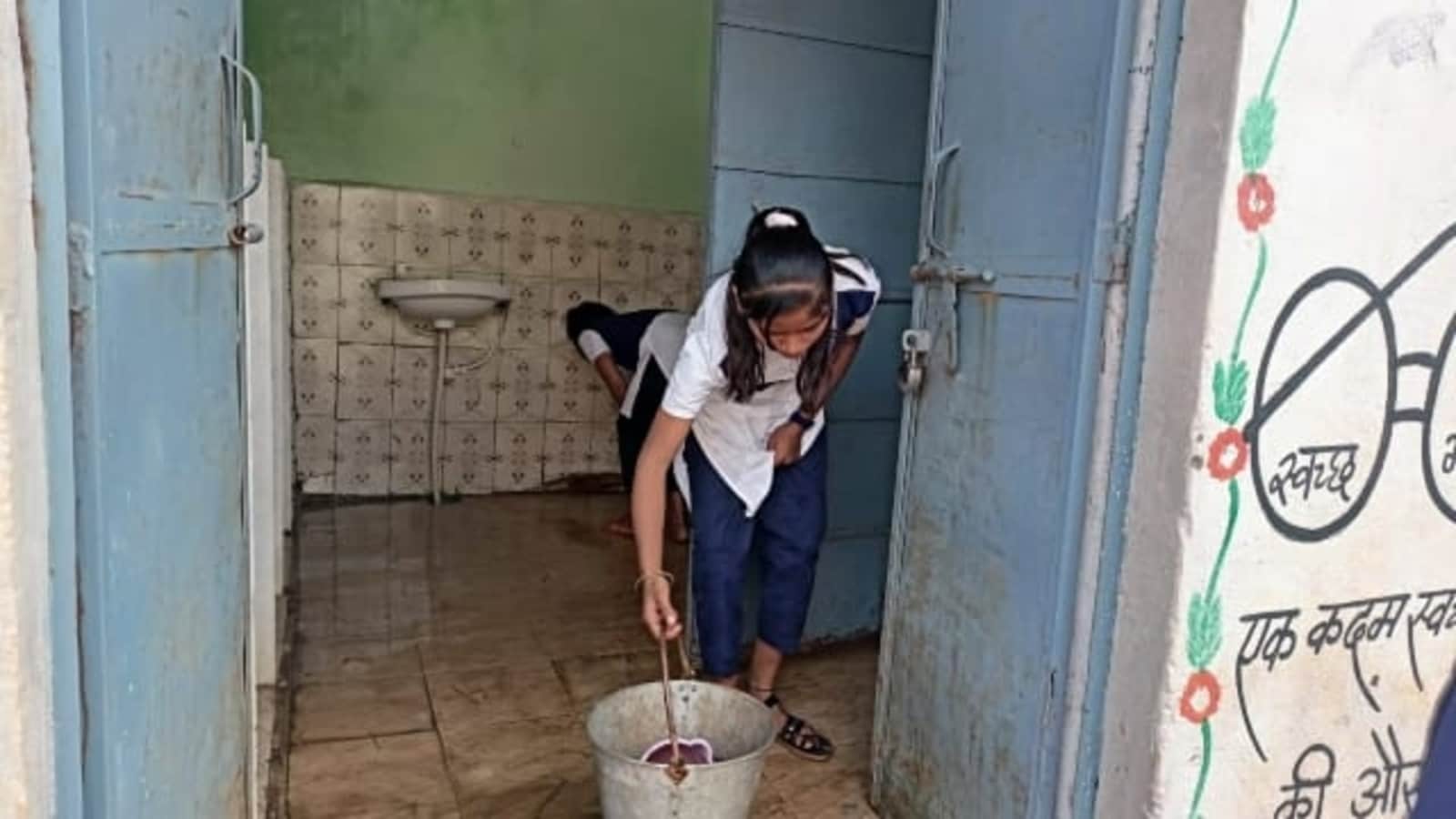 With a broom in their hands, students of Chakdevpur village’s primary secondary school can be seen cleaning toilets and washing the floor by fetching water from a hand pump on the school premises. According to Live Hindustan, the girls were students of Classes 5 and 6 at the same school.

A team of the school education department also reached the school on Thursday to conduct a separate probe in the matter, the official said.

The incident took place on Tuesday when the school principal was away in Guna town to attend an official meeting, he said.

“We have taken the matter very seriously and are probing the issue. Action will be taken against those found guilty in the matter,” the education department’s deputy director, Sisodia, said.