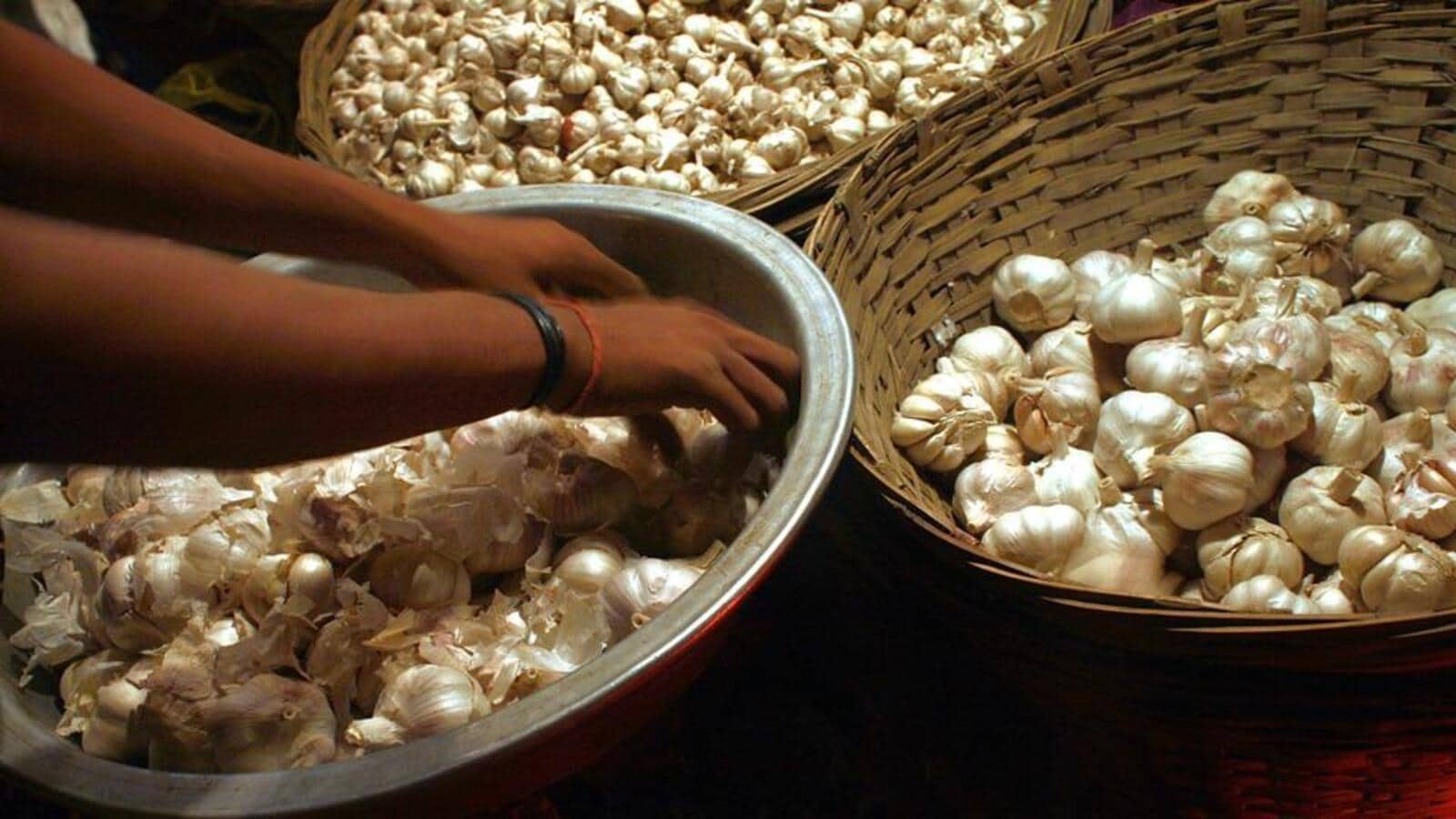 Growers of garlic are destroying their harvests in Madhya Pradesh as prices have crashed on oversupply, while rates of onions are trending lower too, benefiting consumers but hurting farmers, according to cultivators and market data.

Farmers in Madhya Pradesh, a major garlic producer, yielded nearly two million tonnes this season, benefiting from incentives under the ‘one district one product’ scheme, which aims at pushing exports, but the glut drove down rates sharply to between ₹300 and ₹800 per quintal in some areas, or just ₹3 to ₹8 a kg, said Ratan Patel, a trader in Sehore district.

“Many farmers have burnt their produce because it is a perishable item. Nobody wants to incur more costs by transporting them to markets,” Patel told HT over the phone.

Farmers have launched protests in the state, seeking compensation for the losses.

In the state’s garlic belts of Neemuch, Mandsaur, Ujjain and Shajapur that come under the Malwa region, many farmers have dumped produce, Patel said.

Alternating cycles of scarcity and gluts in perishable non-cereals due to demand-supply mismatch are a frequent problem in the country, as small-holding farmers cannot afford refrigerated storage and lack adequate price information. Smaller garlic exports, in comparison to output, due to global supply disruptions and demand added to the crisis, analysts said.

“Farmers in Sehore are burning their garlic crop. They are getting ₹300 to ₹600 per quintal whereas the input cost is at least ₹2,500 a quintal,” said Ramandeep Singh Mann, an independent farm expert.

Prices of garlic vary depending on seasonality and average farmgate prices can be anywhere between ₹4,000 and ₹6,000 a quintal when demand surges.

Onion rates are also trending lower and there could be an oversupply situation because of lower exports, said Anil Ghanawat of Shetkari Sanghatana, a Maharashtra-based farmers’ union. “Export demand is weaker because countries such as Bangladesh have shifted to other suppliers because of frequent export bans by India,” he added.

The average modal price of onion, a kind of average rate at which most quantities are sold, as on September 2 was ₹1,165, a five-year low.