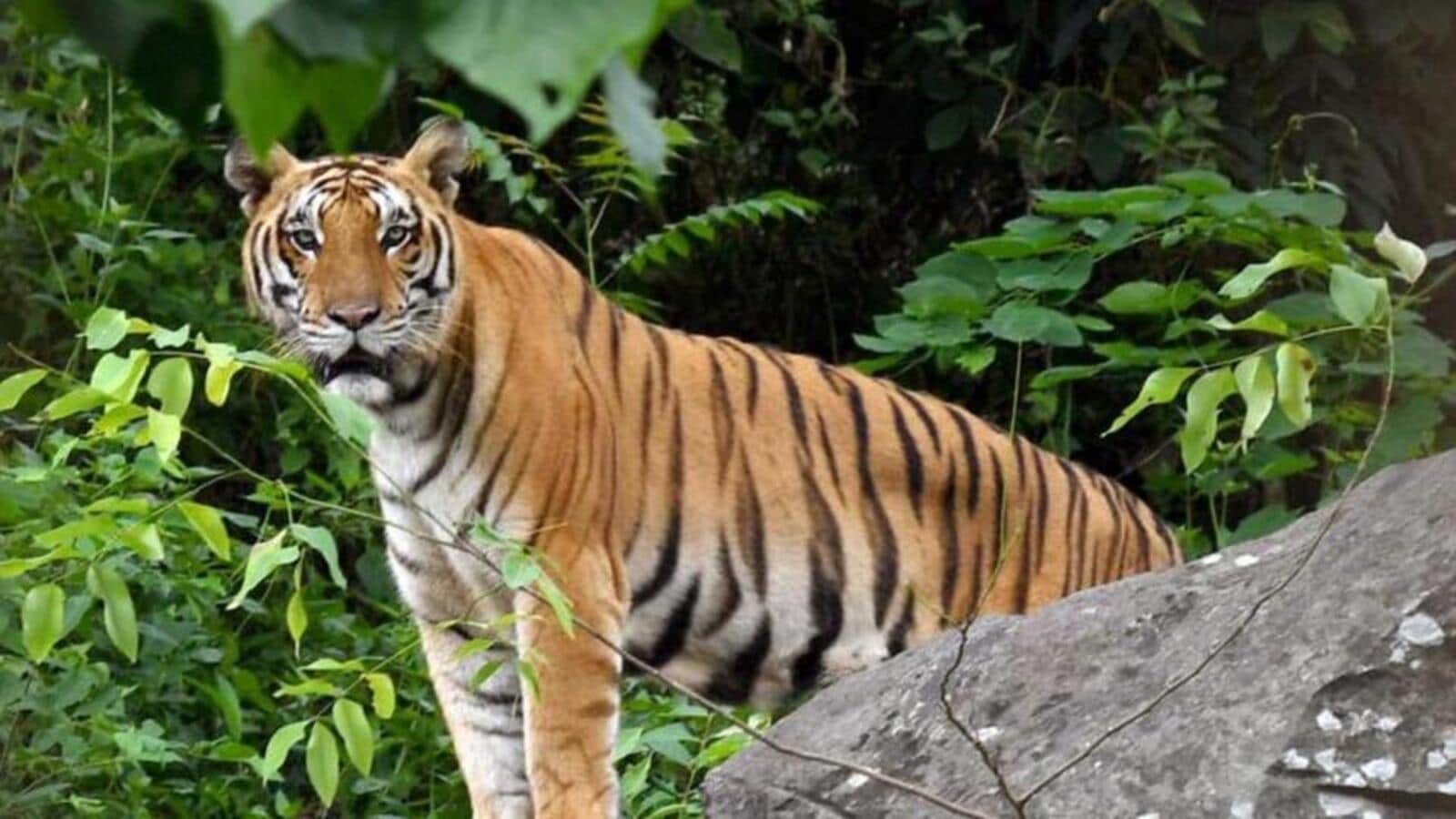 Two, including a youth and a journalist, came under attack by a tiger on Thursday, in the Runipur village in Madhya Pradesh’s Morena district, forest officials of the Chambal Wildlife Sanctuary said.

“The tiger was spotted in Narsinghpura village on October 22. Later, its pug marks were found in Sarseni village and on Thursday the big cat attacked two including a journalist, who went to Runipura village to cover it,” said Ravindra Dixit, divisional forest officer, Chambal Wildlife Sanctuary.

According to the officials, the tiger T-136 had gone missing from the Ranthambore Tiger Reserve in Rajasthan more than a month ago but was spotted in villages of Jaura tehsil in Morena in the past few days.

Dixit said teams from Kuno and Madhav National Parks will soon be here to keep a watch on the movement of the tiger.

Morena is about 117 km from Kuno National Park where eight cheetahs were translocated from Namibia on September 17. Kuno also has about 50 leopards.

Spotting of the tiger so close to Kuno is a concern for Madhya Pradesh forest officials, who plan to release cheetahs into the wild, in four to six months.

Divisional forest officer, Sheopur, Prakash Verma said, “There is a corridor between Sheopur and Ranthambore which is being used by the tigers for movement but luckily they never made it their territory. Now, if the tiger stays, we have to make a plan for cheetahs accordingly.”

Tigers from Ranthambore migrate to Kuno and nearby areas in search of new territory because of congestion in the Rajasthan Tiger Reserve, said Verma.

“T-136 is looking for new territory and its movement is being recorded in Chambal for the past more than three weeks. If it stays in MP, the forest official of MP will have to take care of it,” Ranthambore reserve field biologist Meraz Mohammad said.

Anish Andheria, an expert on big cats, said if the tiger stays in Chambal valley, it will pose a great threat to cheetahs.

“In Africa, cheetahs co-exist with hyenas, lions, leopards and others because they have the upper hand on these animals in grassland. But in Kuno National Park, where there is woody land and small patches of grass, a tiger will definitely dominate. It is a matter of concern for sure,” he added.