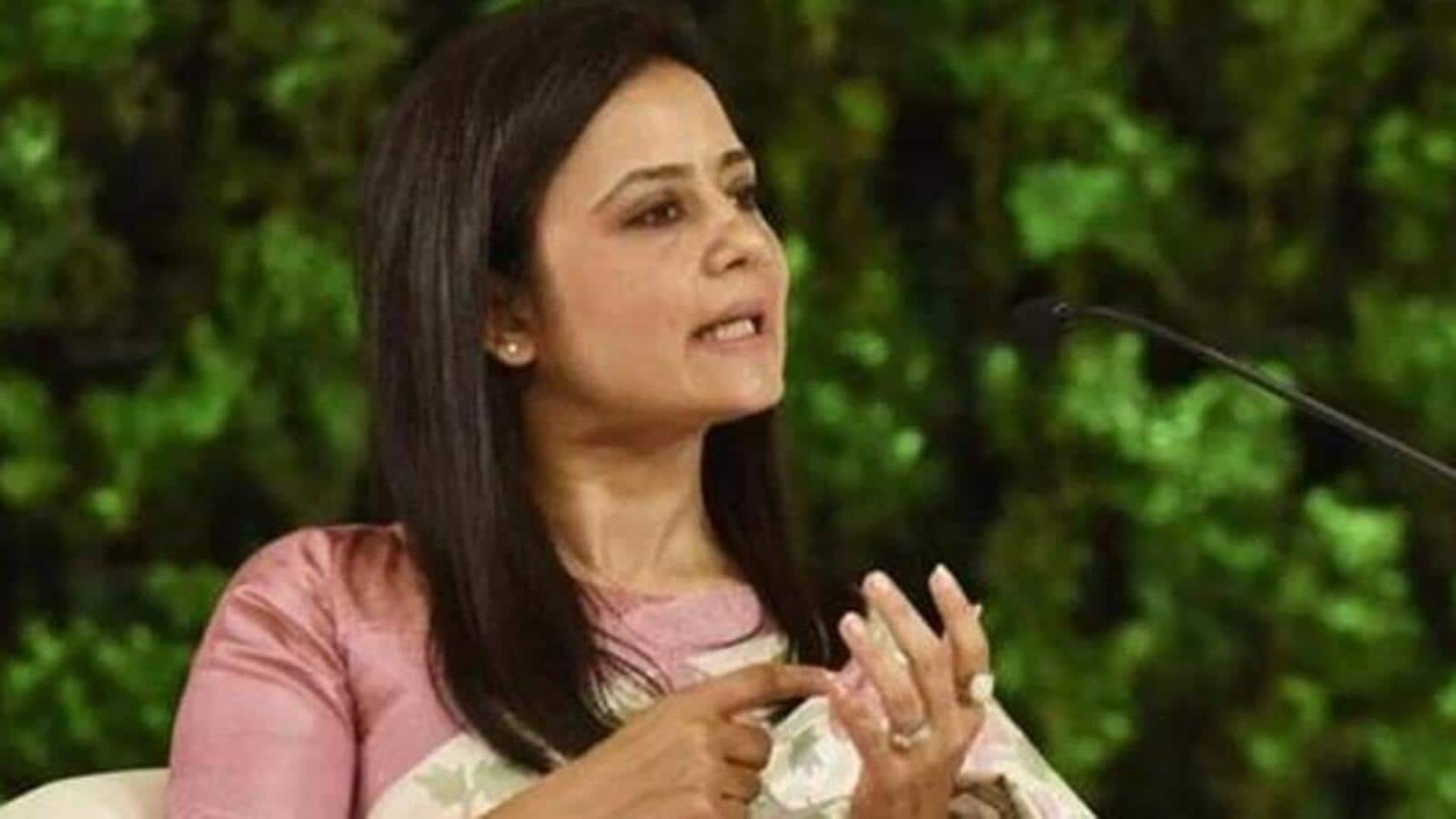 Moitra, at the India Today Conclave on Tuesday, allegedly called Goddess Kaali “a meat eating and alcohol accepting Goddess” while commenting on the controversy over Canada-based director Leena Manimekalai’s documentary film, ‘Kaali.’ A poster of the Madurai-born director’s film showing Goddess Kaali smoking a cigarette and holding an LGBTQ+ flag created an uproar on social media.

The action was taken against Moitra after chief minister Shivraj Singh Chouhan raised objection on her comment.

At the conclave, Moitra said: “For me, Goddess Kali is a meat-eating and alcohol-accepting Goddess. And if you go to Tarapith, you will see sadhus smoking. That is the version of Kaali people worship (there). I, within Hinduism, being a Kaali worshipper, have the right to imagine Kali in that way; that is my freedom.”

After her comment drew a flak, chief minister Shivraj Singh Chouhan said, “Hindu religious sentiments have been hurt by Mahua Moitra’s statement and insult of Hindu deities will not be tolerated at any cost.”

Earlier, home minister Narottam Mishra said that they will ban the film and an FIR will also be registered against the film maker.

Defending herself, Moitra on Tuesday tweeted: “To all you sanghis- lying will NOT make you better hindus.I NEVER backed any film or poster or mentioned the word smoking. Suggest you visit my Maa Kali in Tarapith to see what food & drink is offered as bhog. Joy Ma Tara.”

In another tweet on Wednesday, she said, “Bring it on BJP! Am a Kali worshipper. I am not afraid of anything. Not your ignoramuses. Not your goons. Not your police. And most certainly not your trolls.Truth doesn’t need back up forces.”

The TMC’s official Twitter handle issued a statement on Tuesday distancing the party from Moitra’s statement. “Her views expressed on Goddess Kali have been made in her personal capacity and are NOT ENDORSED BY THE PARTY IN ANY MANNER OR FORM,” it said.

Multiple FIRs have been registered against Leena Manimekalai in Delhi, Uttar Pradesh and Bihar. India’s High Commission in Ottawa, Canada also issued a statement urging Canadian authorities to “withdraw all such provocative material”.