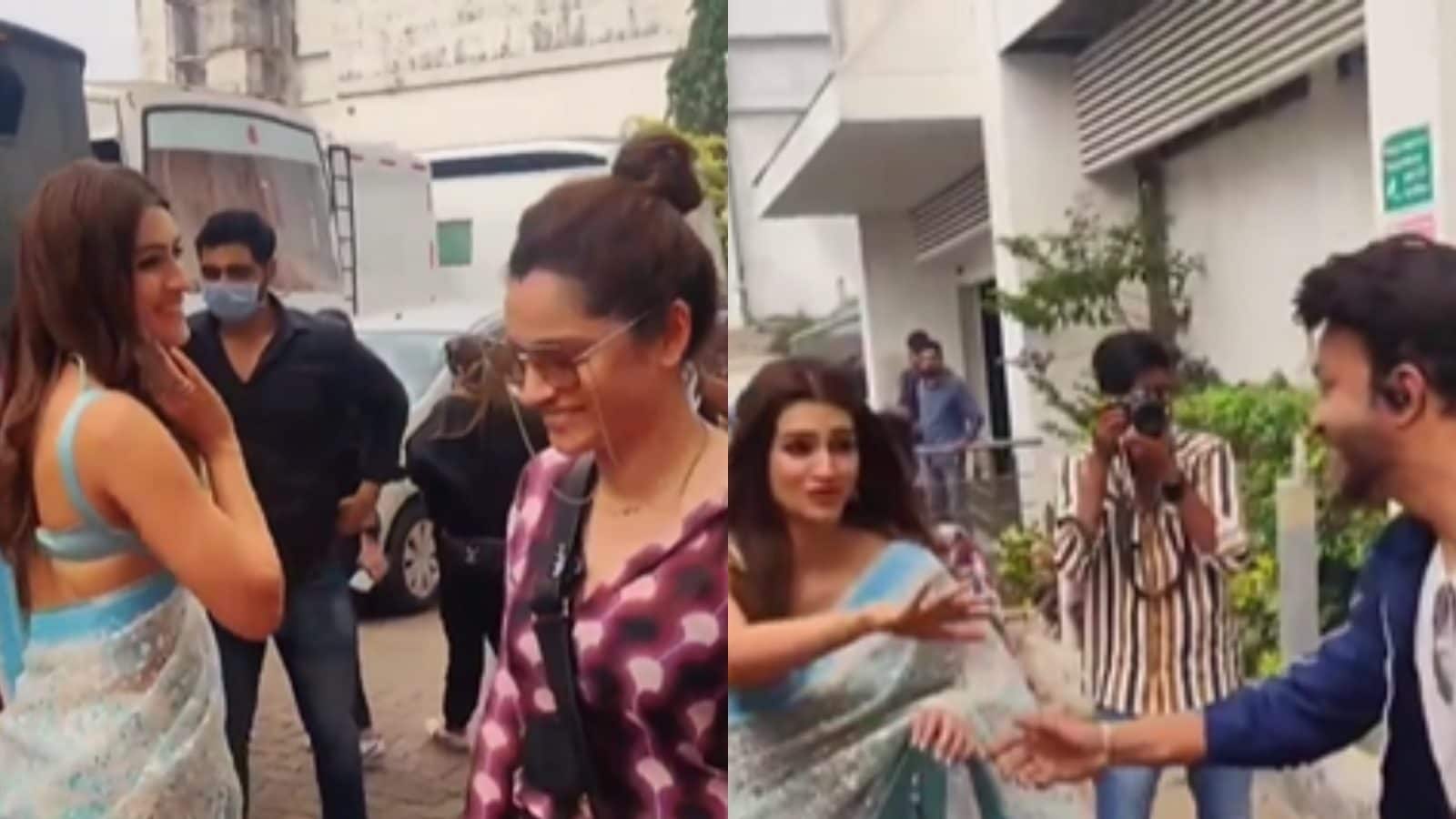 Kriti Sanon and Ankita Lokhande meet each other at Film City.

While Ankita Lokhande dated Sushant Singh Rajput for about five years, Kriti Sanon was romantically linked to the late actor during the filming of ‘Raabta’.

Kriti Sanon bumped into the newlywed couple Ankita Lokhande and Vicky Jain at Mumbai film city. A glimpse of this incident is going viral on social media. Fans are considering this meeting an awkward one. Kriti is promoting Bachchhan Paandey these days, and she was seen in Mumbai film city wearing a beautiful white sari. Ankita and hubby Vicky were strolling in the same area and bumped into Kriti. Both the actresses greeted each other with a hug. Vicky also shook hands with Kriti.

The video of their meeting was shared by the famous paparazzi of the B-town Viral Bhayani on social media. The video has more than 441K views and more than 100 comments.

The video is going viral on social media as fans are noticing the apparent awkwardness between the two actresses. The caption of the video is “Kriti Sanon bumps into Ankita Lokhande today at Film City”. The post is filled with comments like “awkwardddd”. One user said, “Kriti clearly didn’t want to talk to them, but Ankita made the effort to speak to her.” Another said, “That was a bit awkward.”

The reason behind this meeting being termed awkward was both these actresses reportedly dated late actor Sushant Singh Rajput. Ankita and Sushant fell in love on the set of their hit show Pavitra Rishta. They dated for six years and were all set to marry but parted ways in 2016 for unknown reasons. Ankita got married to Vicky Jain in December 2021.

Kriti and Sushant reportedly got close during the shoot of the movie Raabta. There were rumors that Kriti was the reason for Ankita and Sushant’s breakup. Kriti and Sushant never confirmed their relationship, and they reportedly split up after their movie did not perform well. After this, the late actor dated Rhea Chakraborty.