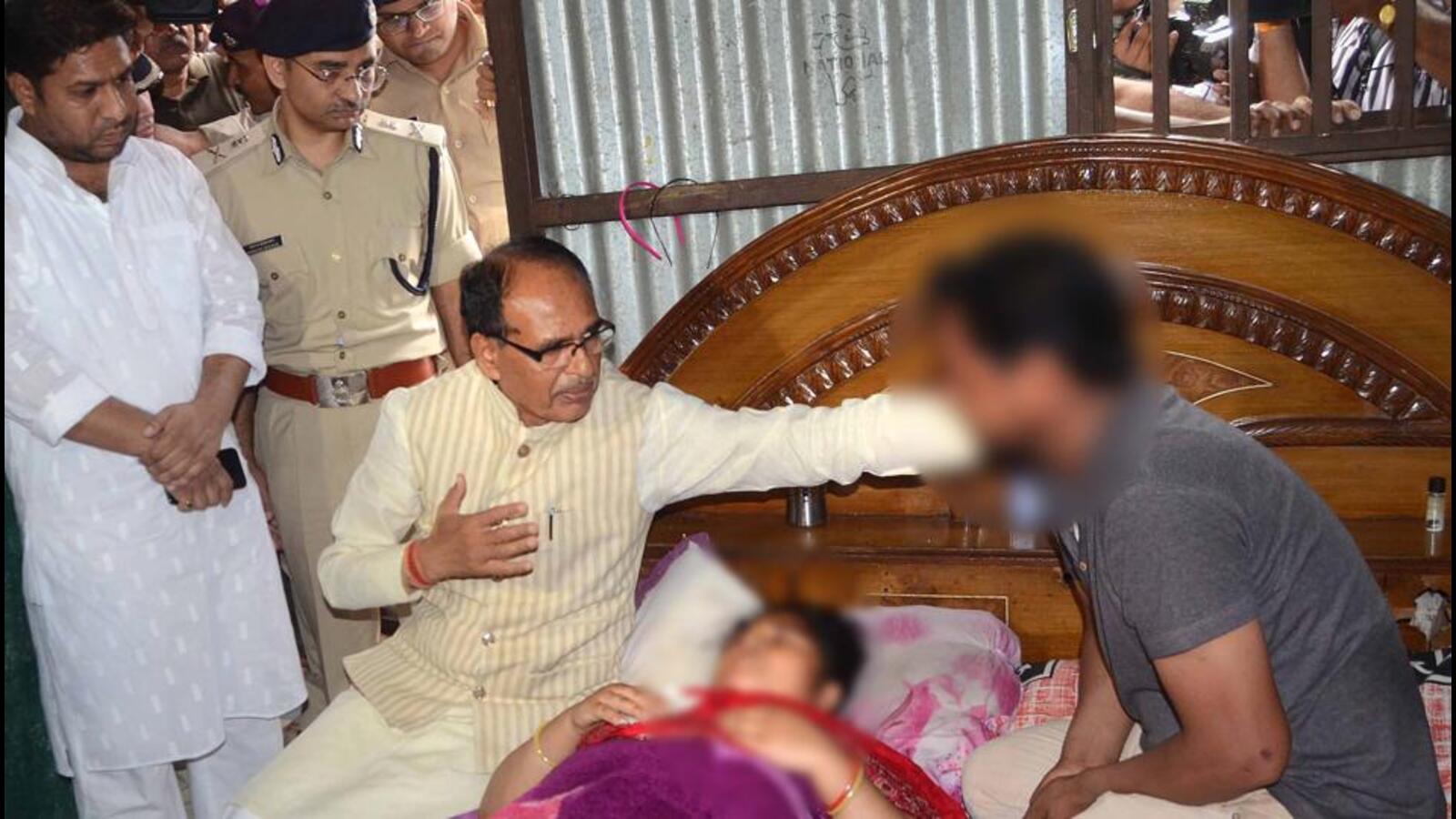 Madhya Pradesh chief minister Shivraj Singh Chouhan on Sunday met a woman, who fiercely fought her attackers in Bhopal’s TT Nagar area on Friday night, and gave her a compensation of ₹1 lakh, calling her an “inspiration for others”.

The 38-year-old woman, who works as a house help, was assaulted physically and verbally by Badshah Beg, 38, Ajay Sibde, 18, Nikhil, 18, and a 17-year-old boy but she confronted them and slapped one of the miscreants.

When a few people gathered, the accused fled away from the spot. Later, when the woman was returning home on a bike with her husband, the accused attacked her with a blade. The woman received 118 stitches on her face.

“The state government will bear the medical expenses. Plastic surgeons and doctors will take care of her,” the chief minister said.

“We should not bear injustice. We should fight against it. She has become an inspiration for others as she confronted the miscreants courageously. Necessary instructions have also been given to the district collector to take care of the education of the daughter and son of the woman,” he added.

The chief minister also said the accused will not be spared and they will get tough punishment.

TT Nagar police arrested the accused on Saturday night. They will be produced before the court on Sunday.