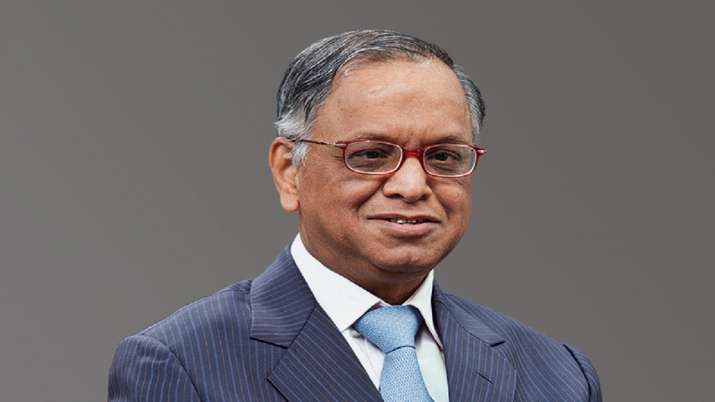 NR Narayana Murthy, co-founder of IT giant Infosys, on Friday lamented that economic activities in India were “stalled” and decisions were not taken by the Manmohan Singh government in time in the Congress-led UPA-era.

During his interaction with young entrepreneurs and students at the Indian Institute of Management – Ahmedabad (IIMA), Murthy expressed confidence that young minds can make India a worthy competitor of China, the world’s second-largest economy.

“I used to be on the board of HSBC in London (between 2008 and 2012). In the first few years, when China was mentioned two to three times in the boardroom (during meetings), India’s name would be mentioned once,” said the well-known businessman in response to a question on where he sees India in the future.

“But unfortunately, I don’t know what happened (to India) afterwards. (Former PM) Manmohan Singh was an extraordinary individual and I have tremendous respect for him. But, somehow, India stalled (during UPA-era). Decisions were not taken and everything was delayed,” said Murthy.

The IT czar said when he left HSBC (in 2012), India’s name hardly found a mention during meetings, while China’s name was taken nearly 30 times.

“So, I think it is your (young generation) responsibility to make people mention India’s name whenever they mention any other country’s name, particularly China. I think you people can do that,” said Murthy.

The former Infosys chairman said there was a time when most Westerners looked down upon India, but today, there is a certain level of respect for the country, which has now become the world’s fifth largest economy.

According to him, the economic reforms of 1991, when Manmohan Singh was the finance minister, and the present Bharatiya Janata Party-led NDA government’s schemes like ‘Make In India’ and ‘Startup India’ have helped the country gain ground.

“When I was of your age, there was not much responsibility because not much was expected from neither me nor India. Today, there is an expectation that you will take the country forward. I think you people can make India a worthy competitor of China,” said Murthy.

The software industry veteran said China has left behind India by a huge margin in just 44 years.

“China is unbelievable. it (Chinese economy) is 6 times larger than India. In 44 years, between 1978 and 2022, China has left India behind so much.


Six times is not a joke. If you make things happen, India will get similar respect to what China is getting today,” said Murthy.

Car headlights are more high-tech than ever, tripping up regulators

Fanatics aims to be $100 billion company