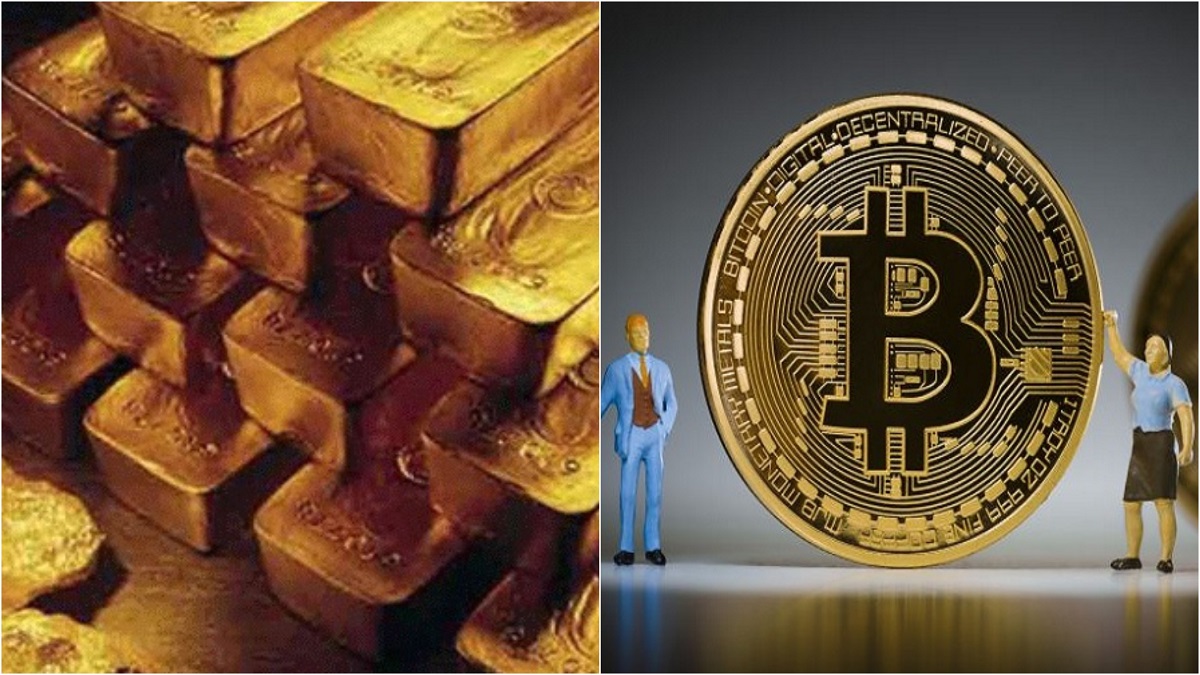 Goldman Sachs, in a report pitting Gold against Bitcoin, stated that Gold is less likely to be affected by tighter financial conditions, which makes it a “useful portfolio diversifier”.

The Bank also predicts Gold to perform better, owing to its real demand drivers, in comparison to highly volatile Bitcoin in the long term. Goldman Sachs laid out these predictions in a research note released on Monday.

According to the Bank to Bank analysis, traders use gold to hedge against inflation and dollar debasement. It described Bitcoin as “risk-on high-growth tech company stock” in its analysis.

The bank also made some notable observations. One of them is that speculative positions in both assets have fallen fell sharply over the last year but gold is marginally up on a year-on-year on year-on-year basis against the Bitcoin plunge of 75%.

Bitcoin has been criticized for its volatile and speculative nature. While it reached an all-time high of USD 65,000 in November 2021, Bitcoin lost 60% of its value in the previous year.

Experts have even described it as a decentralized Ponzi scheme. The Ponzi Scheme is not entirely wrong as Bitcoin is still searching for its use case and its value is not derived from any real-world asset/demand.

A Ponzi scheme works by promising huge returns to its investors. In reality, it is a simple circulation of money from new investors to previous investors to keep good on the promise of “huge returns”. It falls apart when investors wake up to reality and rush to withdraw their investments at the same time.

Moreover, Bitcoin is not viewed as a currency but rather an investment which defeats the whole purpose of its creation. Being regarded as an investment it is only natural to compare it to other assets like gold.

Dubai International airport to shut one runway for 45 days from May, know why | Mobility News