NEW DELHI: He has been a sportsperson, an entertainer and now a politician. And whatever he has done, controversy and drama have been two of his most loyal followers. On Tuesday, the tall turbaned Sardar, who once said that “I am a born Congressman”, stumped his party as he resigned as Punjab Congress chief.
However, this is not the first time that the cricketer-turned-politician has hogged the limelight – whether for reasons wrong or right.
Here’s a look at some dramatic moments in Sidhu‘s life and career:
1) Sidhu burst on the national stage in November 1983, when he made his debut in the Indian cricket team against the mighty West Indies in a Test match played in Ahmedabad. He made his debut in one day internationals in 1987 against formidable Australia in a world cup match in Chennai. Sidhu scored an entertaining half-century, the first of four that he scored in the tournament.
2) However, controversy followed Sidhu onto the cricket field as well. In 1996, Sidhu stunned everyone as he returned in the midst of the team’s England tour. Differences with captain Mohd Azharuddin were attributed to the sudden action. However, it was later reported that Sidhu was upset at certain words used by his captain. Former BCCI secretary Jaywant Lele wrote in his book that the language used by Azharuddin was common in Hyderabad but being a north Indian Sidhu had considered the words to be abuses.
3) On the cricket field, another thing that kept Sidhu in the limelight was his ability to hit over the top sixes, especially against spin bowling. Sidhu’s mauling of Australian great Shane Warne in a cricket series played in 1998 is part of cricketing folklore. Towards the end of his career Sidhu also showed a remarkable improvement in fielding often delighting crowds with his saves.
4) Even as he garnered cricketing glory, Sidhu found himself an accused in a road rage case in 1988. It was decades later that the Supreme Court acquitted him of the charge of culpable homicide not amounting to murder even as it convicted him for voluntarily causing hurt under Section 323 of the Indian Penal Code. The top court fined Sidhu without any jail term.
5) Sidhu retired from cricket in 1999 but was not away from limelight. He became a commentator and regaled many with couplets that he recited at the drop of a hat in his unique funny style. The strapping sardar soon went on to become a TV personality as he began appearing on shows. He became a key feature on the superhit Kapil Sharma show.
6) Sidhu made his political debut with the BJP and became a Lok Sabha MP from Amritsar defeating Congress veteran R L Bhatia. Interestingly, like his bete noire Amarinder Singh did in 2014, Sidhu left his hometown Patiala to contest from Amritsar and became victorious. Five years later, Sidhu again won the seat. This time he defeated O P Soni, who is now the state’s deputy chief minister and his colleague in the Congress.
7) In 2016, Sidhu resigned from the BJP. When in the BJP, Sidhu was learnt to be not on the best of terms with ally Shiromani Akali Dal (SAD). In 2017, Sidhu decided to join the Amarinder Singh-led Congress and also became a minister in his government. Sidhu did not continue long in the government and quit when Amarinder changed his portfolio. However, he did not give up and led a strong campaign that eventually saw his elevation as the state Congress chief. As the state Congress chief he openly accused Amarinder Singh of non performance.
8) Another huge controversy that Sidhu waded in was when he went on to travel to Pakistan to attend the swearing in ceremony of the neighbouring country’s prime minister Imran Khan. It was in Pakistan that Sidhu hugged Pakistan Army chief General Qamar Javed Bajwa, triggering another controversy.
9) On September 20, Sidhu was again in focus as Captain Amarinder Singh resigned a chief minister of Punjab. Amarinder Singh as he left the top job singled out Sidhu and said he would fight tooth and nail any decison by the Congress to make the cricketer the CM of the border state. Sidhu appeared to be in command and hailed his party’s decision as Charanjit Singh Channi became the chief minister.
10) On Tuesday, Sidhu dropped another bombshell. Even before the Channi government could settle down, he sent his resignation as state party chief to Sonia Gandhi. The resignation letter did not shed light on the reasons for his precipitate action, but apparently he was miffed at the selection and allotment of portfolios in the Channi cabinet.

India vs England: ‘2-2 or 2-1 is not for ECB to decide; if match doesn’t take place, let ICC intervene’ | Cricket News 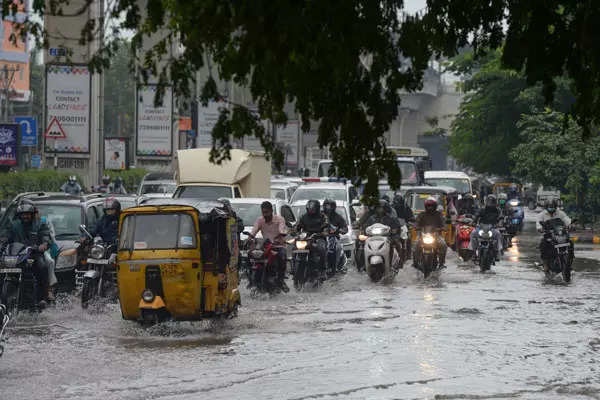