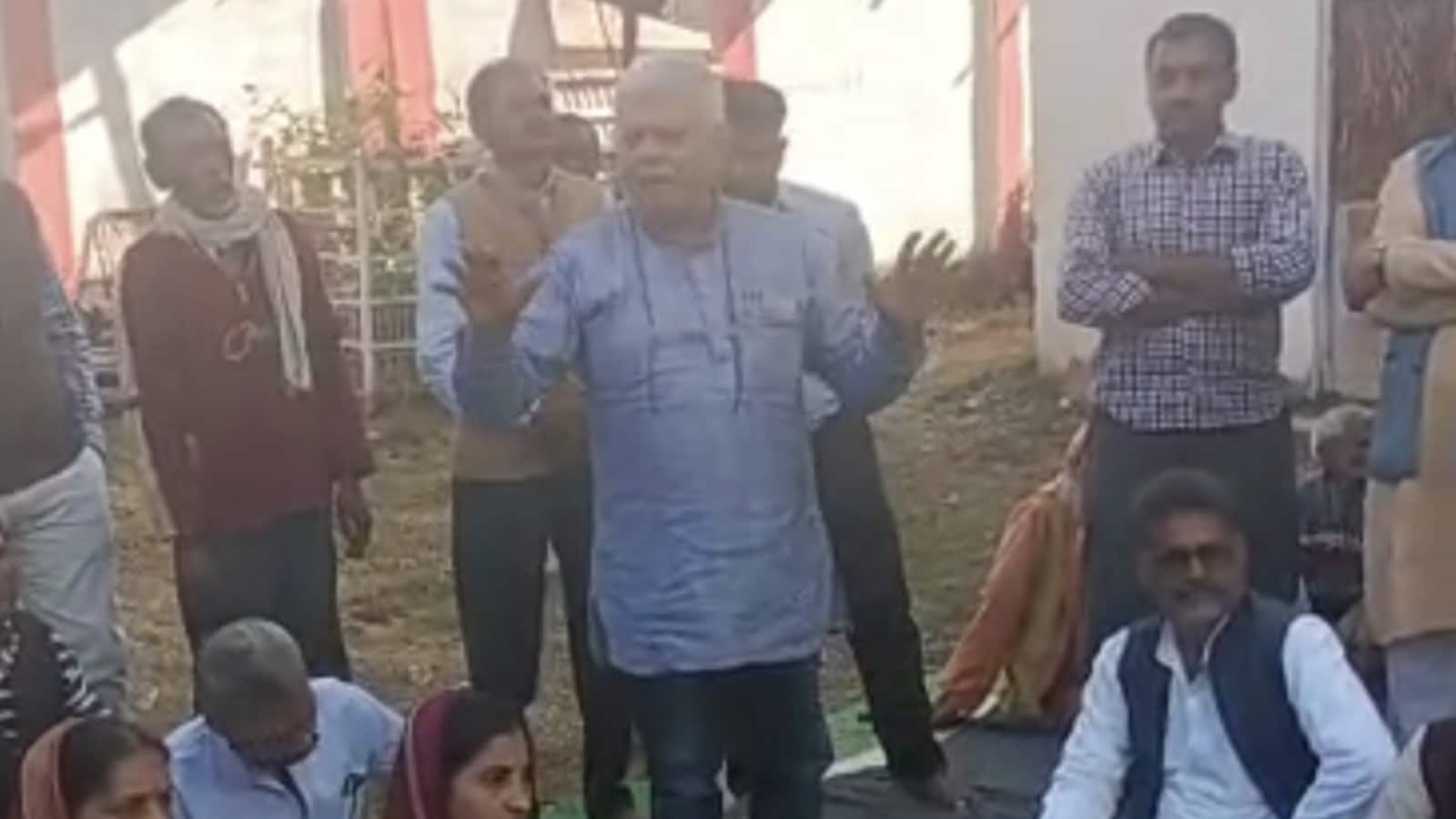 SAGAR: The Madhya Pradesh police have filed a first information report (FIR) against Congress leader Raja Pateriya on charges that he asked people to “kill” Prime Minister Narendra Modi to “save” the Constitution.

The FIR was registered after MP home minister Narottam Mishra directed the Panna superintendent of police (SP) to take action against the Congress leader.

In a widely-circulated undated video clip, Raja Pateriya is seen delivering a speech launching a sharp attack on PM Modi, accusing him of marginalising minorities, Dalits and tribals.

“If we have to save the Constitution, then be ready to kill Modi. Kill, in the sense, defeat him,” the MP Congress vice president and former legislator said.

But now a death threat!

After “Aukat dikha denge” “Raavan” this is Rahul Gandhi’s Pyaar ki Rajniti? Will they act on him? No! pic.twitter.com/wH6LSi63g2

HT could not independently verify the authenticity of the video.

In a video statement later, home minister Mishra said the police has filed a FIR against the Congress leader for asking people to kill the PM minister. “He has been booked for creating communal hatred among people and trying to disturb the country’s law and order,” Mishra said.

Panna SP Dharmaraj Meena was not available for comments.

Pateriya clarified his speech was being twisted. “It is not the complete video. I wanted to say to kill Modi politically, people will have to unite themselves. The video is being wrongly projected… It is of my speech in Pawoi tehsil of Panna district some time ago.”

Chief minister Shivraj Singh Chouhan said the video clip reflected the “mentality” of the Congress party which is trying to create law and order issues in the state. “This is the true picture of Bharat Jodo Yatra of the Congress. The Congress cannot defeat the PM and therefore, wants to kill him,” he said.

‘Ashamed this is happening in my country’: Cong’s Kapil Sibal on Neemuch killing