Anthony Fauci, Director of the National Institute of Allergy and Infectious Diseases at the National Institutes of Health (NIH), testifies before a Senate Health, Education, Labor, and Pensions hearing to examine an update from Federal officials on efforts to combat COVID-19 in the Dirksen Senate Office Building on May 11, 2021 in Washington, DC.

White House chief medical advisor Dr. Anthony Fauci said Friday that the Food and Drug Administration will review data on Merck and Ridgeback Biotherapeutics’ new Covid oral antiviral pill “as quickly as they possibly can” in hopes of issuing an emergency use authorization.

The companies said their antiviral treatment, molnupiravir, reduced the risk of hospitalization or death for unvaccinated patients with mild or moderate Covid cases by about 50%. In the phase three clinical trial, which enrolled 775 trial participants who took either molnupiravir or a placebo, eight people who received the placebo died within 29 days. None of the participants who took molnupiravir died, according to the data released Friday.

“You’ve got to make sure you give the FDA time to very carefully go over the data and make the kind of determinations for emergency use authorization,” Fauci told CNBC’s “Closing Bell.” “So I don’t want to get ahead of them. I can’t predict when it will be, but I can tell you one thing: they will do it as quickly as they possibly can.”

Merck and Ridgeback Biotherapeutics also said that 7.3% of molnupiravir recipients in their phase three study were hospitalized within 29 days, while 14.1% of placebo recipients were hospitalized or died. All participants had at least one health condition that elevated their chances for more severe Covid symptoms.

An emergency use authorization from the FDA would make molnupiravir the first oral antiviral to combat Covid. The U.S. has agreed to purchase 1.7 million courses of molnupiravir. White House coronavirus response coordinator Jeff Zients told reporters at a briefing Friday that the government has the option to buy even more doses if the drug gets approved.

Merck projects that it will have 10 million courses of molnupiravir available by the end of 2021.

When asked whether molnupiravir would eventually be reserved exclusively for unvaccinated individuals, Fauci said he wanted to avoid speculating before the FDA made its final decision. Fully vaccinated individuals can still contract Covid, particularly as vaccine effectiveness wanes. But they retain a high degree of protection against severe illness and death.

“I shouldn’t get ahead of what the FDA will be authorizing it for,” Fauci said. “But I would assume that if you’re infected, you’re infected. Doesn’t really matter whether you’ve been vaccinated or not.” 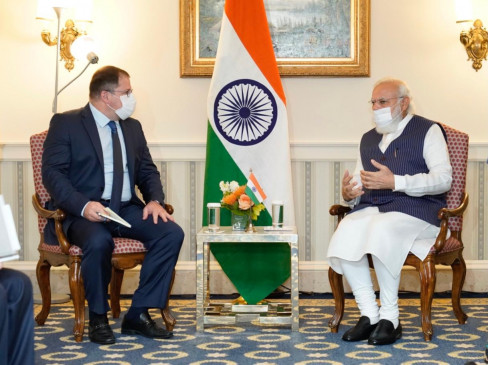 Danger that science will be forgotten after pandemic