As the media started comparing Elizabeth Holmes to Steve Jobs, the former Theranos CEO wrote a note to herself that contained three telling words.

“Becoming steve jobs -” Holmes wrote on April 2, 2015, according to documents obtained by CNBC. The note was among more than a dozen pages of diary-like streams of consciousness writings that Holmes wrote to herself that year. CNBC obtained a portion of those notes.

The reference to Apple‘s co-founder was among notes that appear to be from a conversation with Theranos counsel David Boies. In those notes, Holmes also referred to a new attorney hired by the company. A spokesperson for Boies said he was traveling and could not be reached for a comment.

A biography of Jobs titled “Becoming Steve Jobs: The Evolution of a Reckless Upstart into a Visionary Leader” published the previous month.

Holmes’ ubiquitous appearances in the media at the time featured her wearing a black turtleneck meant to evoke Jobs’ iconic look. She often said he was her idol. A former Theranos employee told CNBC they saw a framed photo of Jobs in her office.

Five months after the note to herself, she was formerly dubbed “The Next Steve Jobs” in an Inc. magazine cover story. The story began, “You’d have to look really hard not to see Steve Jobs in Elizabeth Holmes.”

Like Jobs, Holmes dropped out of college. She left Stanford at 19 to start Theranos. The company’s technology promised to run hundreds of blood tests from a finger prick. She was once the youngest female self-made billionaire, raising over $900 million from sophisticated investors including Rupert Murdoch, the Walton family and Betsy DeVos.

Her ascent to media darling didn’t last. The glowing press suddenly dimmed the same month Inc. featured her on its cover. Shortly afterward, on October 15, 2015 the first report published in a series of investigative articles by former Wall Street Journal reporter John Carreyrou, revealing inaccuracies with the company’s blood-testing technology.

“Fearless transparent nothing to hide”

In a note later that evening, Holmes wrote: “Board statement – independent look at accusations by board – making statements – no independent opinion. Unwise board – enter – without judgement -“

In what appears to be a response to the Journal’s investigation, Holmes wrote: “Weak accusations – endorses everything – happened – if – true – raise doubt – want – board looks into it – finds nothing to any of it – looked into it – have not looked at it independently – “

The notes reviewed by CNBC show Holmes deliberating about numerous decisions regarding the company and the board statement. There is only one mention of her COO and boyfriend at the time Ramesh “Sunny” Balwani: “Balwani – stopped submitting Edison – off others”

The Edison refers to the company’s blood-testing technology.

Asked about these notes, another employee at Theranos told CNBC, “Elizabeth saw herself as the brand and driving force of the company. She was not one who was being manipulated by Sunny or anyone. That posture even continued when Sunny left the company in 2016.”

Attorneys for Holmes did not respond to CNBC’s request for comment. Holmes and Balwani are facing 20 years in prison on wire fraud and conspiracy charges. Holmes’ trial began last month. Balwani’s trial won’t begin until next year.

Part of Holmes’ defense strategy is expected to be that one of her biggest mistakes as CEO was putting her faith in Balwani, according to the defense’s opening statements. Unsealed court filings also allege Holmes may claim that sexual and mental abuse from Balwani impaired her mental state and decision making at Theranos. Balwani strongly denies the allegations.

In the notes to herself, Holmes also referenced former Secretary of State George Shultz who was on the board of directors. Shultz’s grandson, Tyler, worked at Theranos and became one of the first whistleblowers.

On April 29, 2015 Holmes wrote “Advice all day – EAH call – talk George off cliff…” While it’s not clear what she meant, Tyler Shultz had warned his grandfather about possible fraud inside the company according to Carreyrou’s book “Bad Blood.” Tyler Shultz is expected to testify for the government at the trial.

In another note to herself written in April 2015, Holmes jotted down her thoughts for what appears to be a presentation about Theranos. She points out that her company had “legislative success in Arizona,” and “Started – vision – change world. Access to healthcare. Bring down cost. Up efficiency. Min pain…”

When Holmes was in the media limelight, she was regularly interviewed on numerous television programs.

In a note to herself on October 17, 2015 she wrote about two appearances that year on CNBC in which she was interviewed by Jim Cramer and Andrew Ross Sorkin. Holmes wrote, “Certain platforms – so fabulous – regular people… (Cramer) – Sorkin – mad man – tough”

That wasn’t the only reference to journalists.

In one of the more cryptic notes to herself, Holmes wrote:

“Really smart people picked off mado Not you”

That reference was discussed in detail on Carreyrou’s “Bad Blood: The Final Chapter” podcast on Sept. 8. Carreyrou said it appeared the note was referring to convicted fraudster Bernie Madoff.

Holmes’ description of becoming Jobs in 2015 followed text messages between her and Balwani the year before. The New Yorker was preparing an article on Theranos in 2014 and Balwani’s text messages to Holmes, obtained by CNBC, indicate he was willing to take a backseat to spotlighting her success.

“Do you want New Yorker to say crucial to Theranos’ success was hiring you,” Holmes texted Balwani. “If it takes anything away from you then no. Perhaps there is a better way of saying,” Balwani replied.

In describing how Theranos should be portrayed in the press, Holmes texted Balwani that both of them would figure it out: “we together decide what sounds best.” 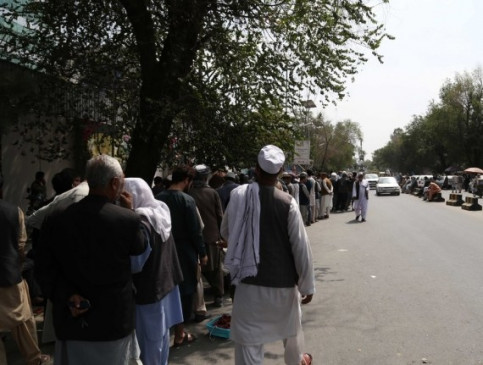