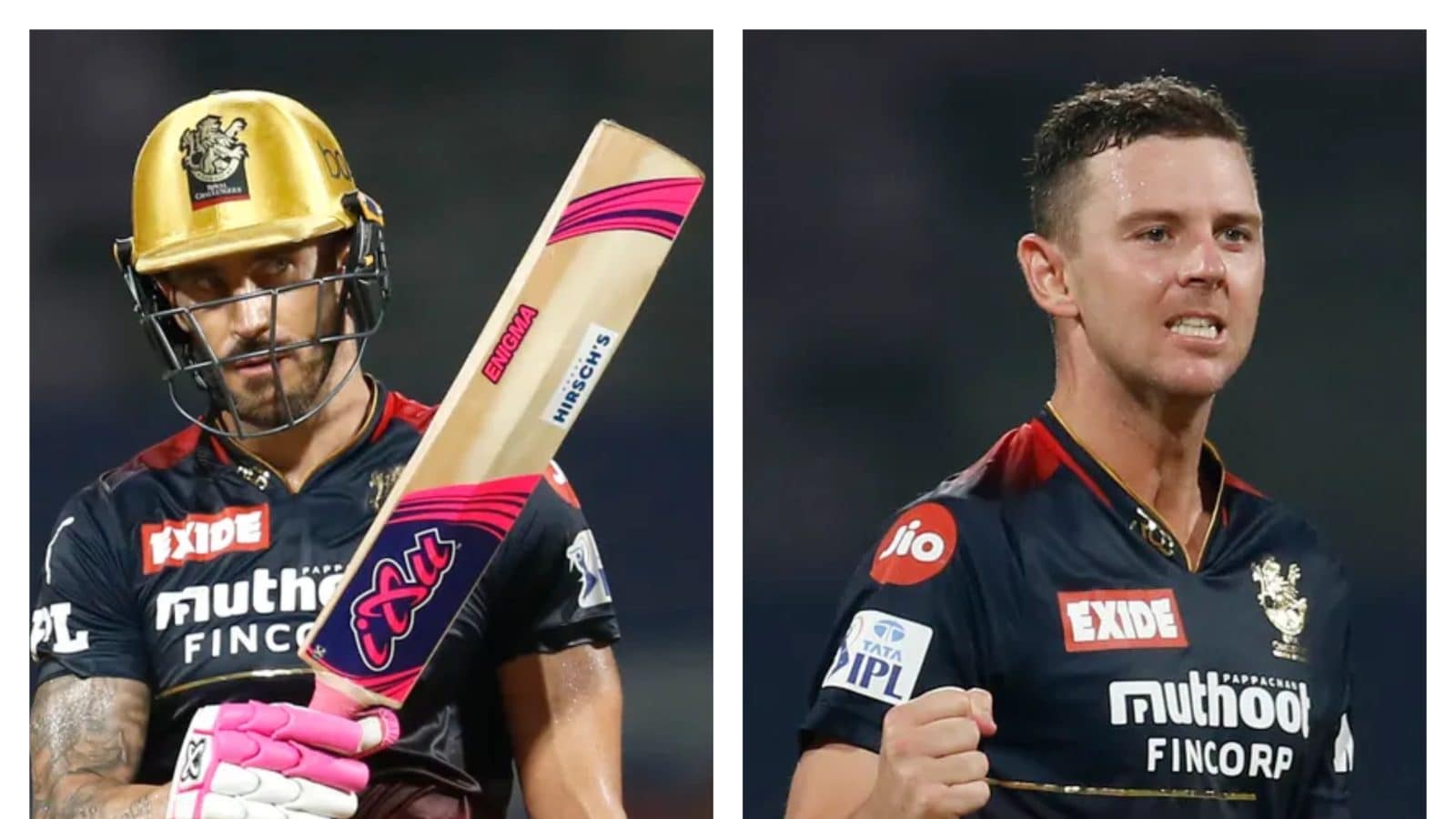 Royal Challengers Bangalore produced an all-round performance as they defeated Lucknow Super Giants by 18 runs at the DY Patil Stadium on Tuesday. Batting first, a sparkling 96 from captain Faf du Plessis propelled them to a challenging 181/6 as they successfully recovered from early jolts.

Then a fine bowling performance, led by the accurate Josh Hazlewood who registered his career-best figures of 4/25 in IPL, RCB stopped LSG on 163/8 in 20 overs.

Like RCB, LSG also lost their top-three quickly with Hazlewood accounting for two of those dismissals inside five overs. Krunal Pandya (42 off 28) led a decent decent recovery. However, apart from the allrounder and captain KL Rahul, who got the start with 30 but failed to build on it, no other LSG batter managed to make a significant contribution.

Earlier, Du Plessis roared back to form after a string of low scores with a breezy 96. Opening the innings, du Plessis, who failed to put up a big score since his sensational 88 in RCB’s first game of the season, anchored the innings to perfection and got out only on the penultimate ball of the final over.

The former Proteas captain had 11 boundaries and two sixes in his 64-ball innings, playing shots all around the DY Patil Stadium.

The Super Giants invited RCB to bat and the bowlers managed to strike at regular intervals but had no answers for du Plessis.

Sri Lankan right-arm pacer Dushmantha Chameer (2/31 off 3) bowled a fruitful first over for LSG, snaring the wickets of opener Anuj Rawat (4) and Virat Kohli (0), whose struggles with the bat continued as he got out for a first-ball duck.

Glenn Maxwell (23) looked to continue his explosive run in the IPL. The Australian played a counter-attacking innings as he slammed Chameera for two fours and a six in the third over.

The all-rounder, however, went down after a quick cameo while playing his favourite shot — the switch hit — as LSG took control of the match again.

Maxwell went for the reverse sweep off a Krunal Pandya (1/29) delivery but failed to middle it, with a diving Jason Holder completing the catch as RCB slipped to 44/3.

Alongside Shahbaz Ahmed (26), du Plessis added 70 runs for the fifth wicket, with the former playing the perfect second fiddle.

The veteran batter switched gears in the slog overs with Dinesh Karthik (13 not out), who himself is in imperious form, by his side. Together they took RCB beyond the 180-run mark. Du plessis came close to scoring his maiden IPL century but was dismissed by Holder with one ball left in the innings.

Netizens Roast Vijay Shankar for Another Batting Failure in IPL 2022

‘What is That?’-Sunil Gavaskar Objects to Roston Chase’s Black Tape