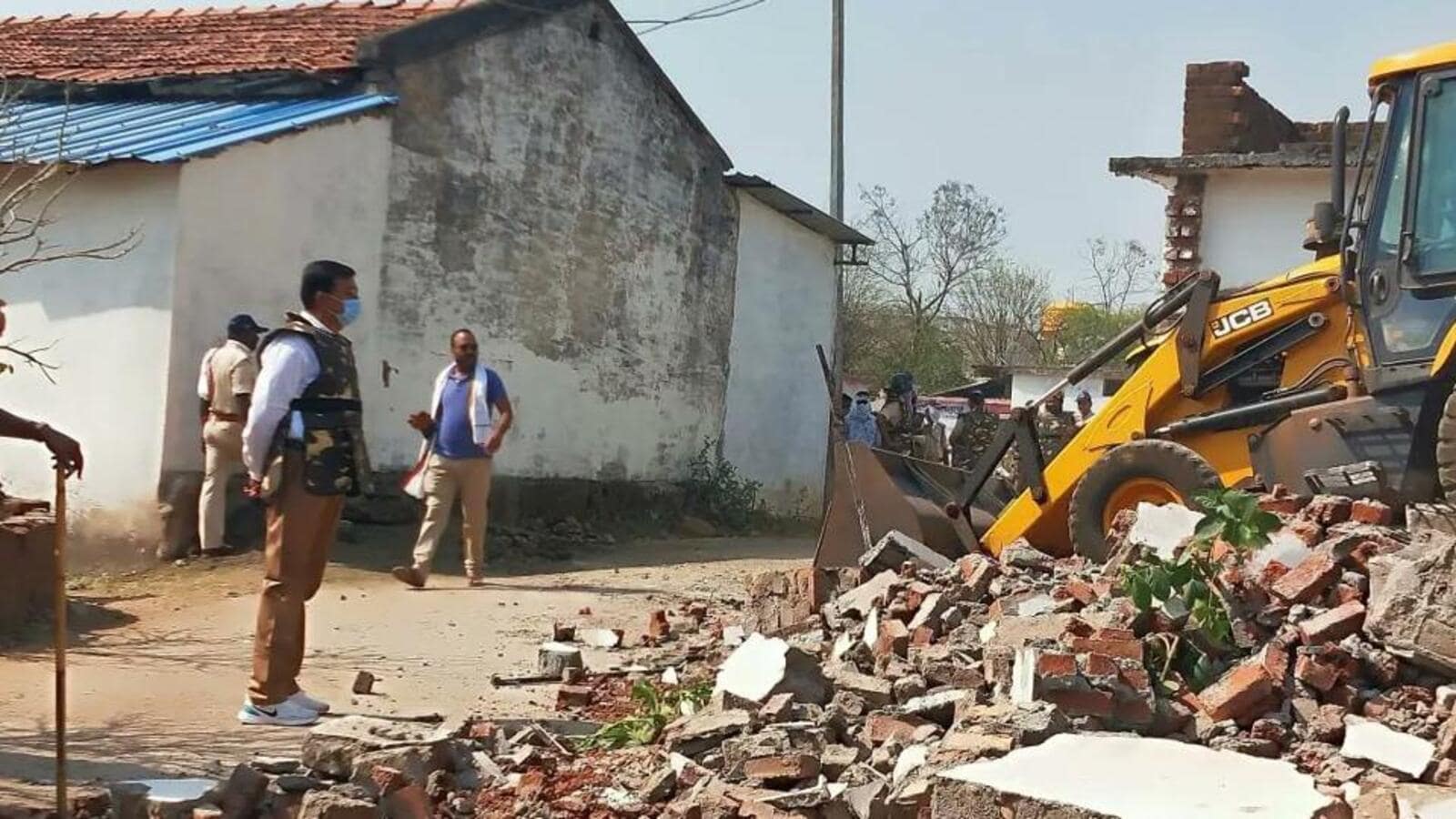 A house demolished a week after the owner’s 22-year-old son Asif Khan eloped with a Hindu woman was razed to the ground because it was built on government land, the state government told the Madhya Pradesh high court last week.

The government said the April 8 demolition in Dindori district’s Shahpura village was part of an ongoing drive against encroachment on public land and had nothing to do with an abduction first information report (FIR) filed against Asif Khan by the family of the woman, Saksi Sahu.

The government’s 13 June response was filed in response to a petition filed by the interfaith couple, Sakshi Sahu, 22, and Asif Khan, to ask the Jabalpur bench of the high court to order the cancellation of the FIR filed against Asif and seek compensation for demolishing his house and shop because of the FIR.

The district administration’s social media posts on April 8 appeared to link the demolition to the FIR registered against Asif on April 5.

“Collector Ratnakar Jha has demolished the shop and house of Asif Khan, accused in the kidnapping of a girl student in Dindori district. Action has been taken on the illegal house of accused Asif Khan along with his shops for two days,” the Dindori collector’s Twitter handle said in a post with photographs of the demolition and hashtags #MafiaMuktMP and #sashaktmp.

In its response to the high court, the state government denied there was a connection between the two.

The government told the court that Asif’s father was told to appear on March 30 and final demolition orders were issued on April 6, a day after the FIR was registered on the complaint of the woman’s family.

Also Read | When love becomes a covert operation: The story of interfaith marriages

“The proceedings were initiated much prior to the date of registration of FIR and same has no connection with the complaint submitted against the petitioner,” the government said.

It also insisted that Asif couldn’t make a compensation claim since the house was not in his name but his father.

On the last date of hearing on April 24, justice Nandita Dubey ordered the police to not take any action against the petitioners and provide them protection. The bench is expected to take up the case again in the last week of June.

District collector Ratnakar Jha who referred to the FIR in his Twitter post refused to speak on the issue, saying he was busy with local body polls. “Don’t call me about such things as I am busy with panchayat and local bodies polls.” Local elections in Dindori are scheduled on June 25.

Sub-divisional magistrate Balveer Raman, who also told local media that Asif’s house was demolished because he abducted a woman in April, didn’t comment either when HT reached out to him on Monday. Raman initially promised to call back since he was busy. He didn’t and subsequent calls to his phone went unanswered.

A local government official on condition of anonymity confirmed that Asif’s house was the only one to be demolished in Shahpura village on April 8.

Asked about this, Netam said action in other cases was postponed due to the model code of conduct.

The Dindori district collector’s office only spoke of two demolitions on April 8. One was against Asif’s house in Shahpur village. The second case was 50km away in Amarpur where Harun Khan’s house was pulled down.

Amanullah Asmani, their lawyer, said the petitioners had sought safety and security and any coercive action against them. “The petitioner also demanded FIR against the police and district administration and to grant compensation to Asif’s father,” he said.

Asif’s brother Mohsin Khan said his father built the house on government land in 1992 like several other residents under a scheme to allow landless villagers build a house.

“The patta (land record in name of the person) was proposed by the then revenue officer (Tehsildar) but wasn’t issued… Nobody got the patta. Only our house was razed,” Mohsin Khan said.

The family of eight, which has been living in a small room including Mohsin’s newborn, said they were facing a difficult time because his brother fell in love. “My wife and I spent some days at our relative’s house for the safety of the newborn,” he said, adding that a kiosk started by his brother was also demolition.

“We are facing a tough time due to this case,” Mohsin said.

Asif Khan and Sakshi Sahu have moved to Dantewada in Chhattisgarh because Madhya Pradesh’s anti-conversion law requires interfaith couples to take permission from the district magistrate, who in turn issues a public notice calling for objections before registering the marriage.

Sakshi Sahu’s family said they will continue to try to get her back.

On April 1, 2022, Asif Khan, 22, and Sakshi Sahu, 22, ran away from their homes in Madhya Pradesh’s Dindori district, as the girl’s family was against their relationship. Sahu’s family lodged an abduction case against Khan with the local police and compelling her to marry him on April 5 after failing to find them.

On April 8, Asif’s house and shop was demolished. Dindori collector Ratnakar Jha tweeted: “Collector Ratnakar Jha has demolished the shop and house of Asif Khan, accused in the kidnapping of a girl student in Dindori district. Action has been taken on the illegal house of accused Asif Khan along with his shops for two days.” He also used hashtags #MafiaMuktMP and #sashaktmp.

On April 10, the woman released a video and urged MP chief minister Shivraj Singh Chouhan for the police protection and said she married Asif as per her will and without any pressure.

On April 24, Sakshi and Asif filed a petition with the Jabalpur bench of MP high court seeking quashing of the FIR against Asif and also compensation for demolishing the house.

‘No moral policing can be allowed’: MP high court comes to aid of interfaith couple