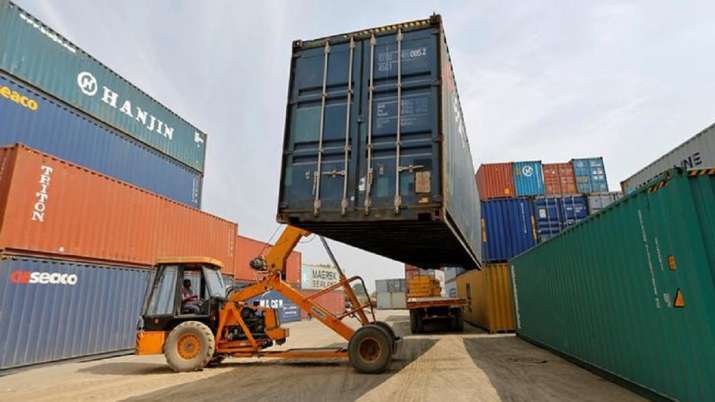 Subdued demand from developed countries and blocs like the US and EU is impacting exports of key sectors including engineering, gems and jewellery and may have implications on India’s exports in case the global situation does not improve in the coming months. Global inflation, the Russia-Ukraine war, simmering China-Taiwan crisis and supply disruptions are hurting economic growth worldwide, leading to poor demand, experts say.

The world merchandise trade volume is expected to grow 3 per cent in 2022 against the earlier forecast of 4.7 per cent, mainly due to the ongoing war between Russia and Ukraine, according to the World Trade Organization forecast, released in April. Organisation for Economic Cooperation and Development (OECD), a grouping of developed nations, has stated that G-20 merchandise trade growth has slowed markedly in value terms in the second quarter of 2022 (April-June). Exporters are keeping their fingers crossed over the country’s export growth and are hopeful that the situation would improve in the coming months. Dip in exports and increase in imports widens the trade deficit, putting pressure on the value of the domestic currency. It also has implications for jobs.

In August, the country’s merchandise exports declined marginally by 1.15 per cent to USD 33 billion and the trade deficit more than doubled to USD 28.68 billion on account of a 37 per cent rise in imports during the month. Major sectors which recorded negative growth during August include engineering, gems and jewellery, ready-made garments of textiles, cotton yarn/made-ups and fabrics; and plastic. Exports of engineering products, which account for over 25 per cent of the country’s exports of USD 419 billion in 2021-22, dipped for the second consecutive month in August by about 14.5 per cent to USD 8.25 billion.

Similarly, gems and jewellery shipments contracted by 4 per cent to USD 3.3 billion; and plastics by 1.47 per cent to USD 744.5 million during August. Commerce Secretary BVR Subhramanyam recently said: “To control inflation and ensure availability of certain products, we have put some restrictions like on wheat, steel and iron ore pellets, and export duties on some goods. All this collectively has led to a certain flattening of exports in these sectors”. The Engineering Export Promotion Council (EEPC) said that for a number of global factors, growth in the sector has come down in the last few months. “A decline in demand from China and recessionary trends in major economies in the West have contributed to the slowdown in exports. The pace of growth also slackened due to export duty on certain steel products including stainless steel products,” EEPC said in a statement.

Federation of Indian Export Organisations (FIEO) Director General Ajay Sahai said the September-November period would be challenging for exports as per the current trend. “We need to watch the situation carefully. Demand for low-value products is there but for high-value goods, the demand is not good,” he said. Ludhiana Hand Tools Association President S C Ralhan said that demand slowdown and inflation in the US and Europe is hurting exports. “Exporters have orders books only for about two months. If the current global situation will continue, it will impact our exports,” Ralhan added. Export sectors like cotton fabrics, cashew, carpet ceramic products, oil meals and oil seeds and iron ore are recording negative growth.

Also read: India would be happy to discuss trade pact with the US: Piyush Goyal