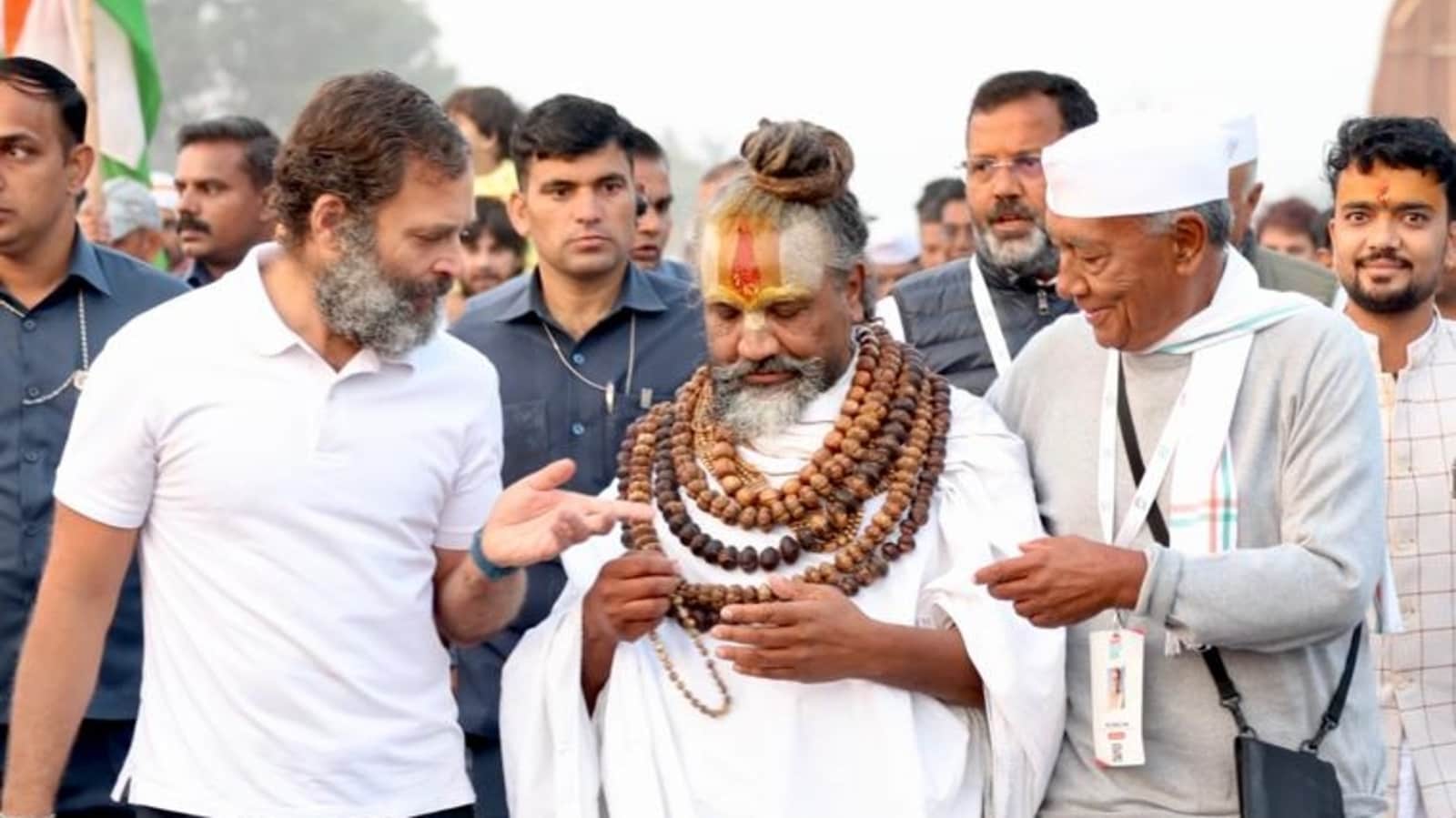 A video tweeted by news agency ANI showed Gandhi walking alongside baba, who is dressed in white clothes and his forehead smeared with turmeric and white ‘tika’. Tyagi is an Indian Hindu ascetic and environmentalist; he had also served as minister of state in the Shivraj Singh Chouhan government.

On the 87th day of the yatra, the Rahul Gandhi-led Bharat Jodo resumed from the Agar Malwa district on Saturday. It began at the bus stop in Mahudiya village in Agar Malwa around 6am. According to news agency PTI, noted music composer T M Krishna is also expected to take part in the 3,570 km-long foot march.

The yatra was flagged off from Kanyakumari in Tamil Nadu on September 7, and has since travelled through the southern states of Kerala, Karnataka, Telangana, and Andhra Pradesh.

As per the schedule announced earlier by the Congress, the foot march will cover a distance of 380 kms in Malwa-Nimar region of western Madhya Pradesh within 12 days before entering Rajasthan on December 4.

The march entered Madhya Pradesh on November 23 in Burhanpur district from neighbouring Maharashtra. It has so far passed through Burhanpur, Khandwa, Khargone, Indore, and Ujjain districts in the state and is currently moving through Agar Malwa, where it reached on Friday.

‘So that don’t commit suicide’: MP cop on stripping journalist, 7 others