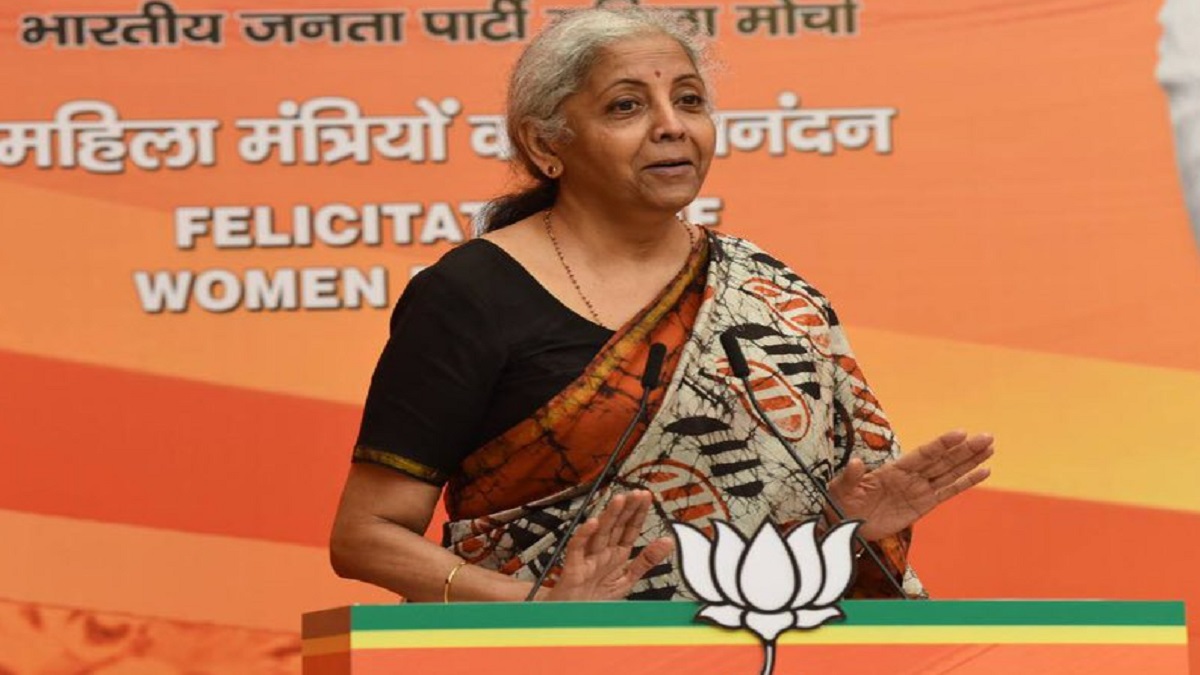 Ahead of the Union Budget, Finance Minister Nirmala Sitharaman said on Sunday that she was aware of the pressures of the middle class but also recalled that the present government has not imposed any fresh taxes on them.

Sitharaman will present Union Budget for 2023-24 in the Lok Sabha on February 1 amid expectations that the government will raise the income tax limit and provide relief to middle-class taxpayers, among others.

In the same breath, the minister reminded the audience that the present Modi government has not imposed any fresh taxes on the middle class. Also, she added that income of up to Rs 5 lakh is exempt from the income tax.

She said the government has taken various measures like developing the metro rail network in 27 cities and building 100 smart cities to promote ease of living.

The minister assured them that the government can do more for the middle class as its population is growing and has become sizeable now.

“I quite recognise their problems. The government has done a lot for them and continues doing the same,” she said without making any commitment.

Sitharaman said the government has been raising the outlay on capital expenditure in each Budget since 2020. For the current financial year, she said, it has been increased by 35 per cent to Rs 7.5 lakh crore as it has a multiplier effect on the economy.

In the banking sector, she said, the government’s 4R strategy –Recognition, Recapitalization, Resolution and Reform–has helped in the revival of public sector banks (PSBs). As a result of this, non-performing assets (NPAs) have declined and the health of PSBs has improved greatly, she said.

The government implemented an unprecedented recapitalization programme for PSBs amounting to Rs 2.11 lakh crore to support capital adequacy and prevent their default. PSBs turned the corner during 2020-21 with a combined net profit of Rs 31,820 crore supported by massive recovery, reduction in NPAs and windfall gains on their bond portfolio.

Subsequently, the combined profit more than doubled to Rs 66,539 crore in FY22 despite COVID-19 pressure. They had booked collective losses to the tune of Rs 2,07,329 crore for five straight years from 2015-16 to 2019-20. The RBI last month said, banks’ gross NPA ratio has fallen to a seven-year low of 5 per cent and the banking system remains sound and well-capitalised.

Speaking about farmers, Sitharaman said the government is committed to doubling their income and has taken various steps in that direction. On trade with Pakistan, she said the neighbouring country never offered Most Favoured Nation (MFN) status to India. Trade relations with Pakistan have suffered since the Pulwama terror attack in 2019, she said. With regard to freebies, the minister said, promises have to be made keeping in mind the financial health of the state and there has to be full transparency about it.

What Will be the Maximum Amount One Can Bid For? Can you Use Multiple Trading Account?