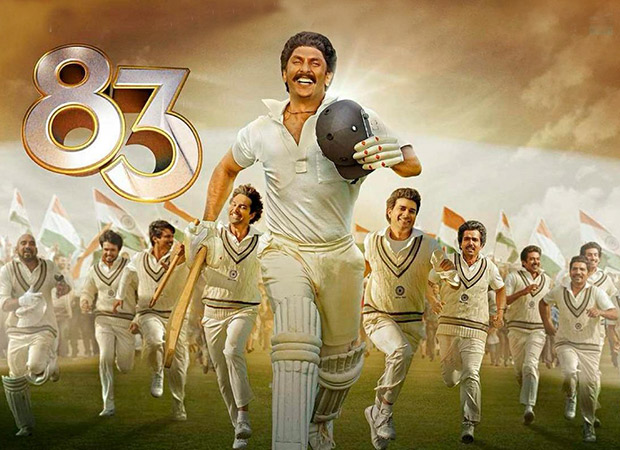 Seven weeks after Sooryavanshi, Bollywood awaits the release of yet another event film, 83. These two were the biggies that Reliance Entertainment held on to for over 20 months and didn’t bite the bullet despite tempting offers from various OTT platforms. They trusted in the theatrical release of the two films and while the Akshay Kumar starrer has already emerged as a super-hit, the Ranveer Singh starrer is set to follow suit as well on its Friday release.

There are a number of players involved with this biggie and hence stakes are really high. With an exorbitant budget allocated for the sports drama, this Kabir Khan-directed film has a lot riding on it. Of course, a thunderous opening to the tune of Rs. 30-40 crores would have been ideal for the biggie. However, these are different times and every film can’t be expected to open like Sooryavanshi (Diwali release) or Spider-Man: No Way Home (a franchise offering from Marvel).

As long as the film starts around Rs. 12-13 crores mark, it would be a good enough progress for it. From there word of mouth should kick in and a huge rise in collections on Saturday and Sunday, which also coincides with the Christmas season, is on the cards.