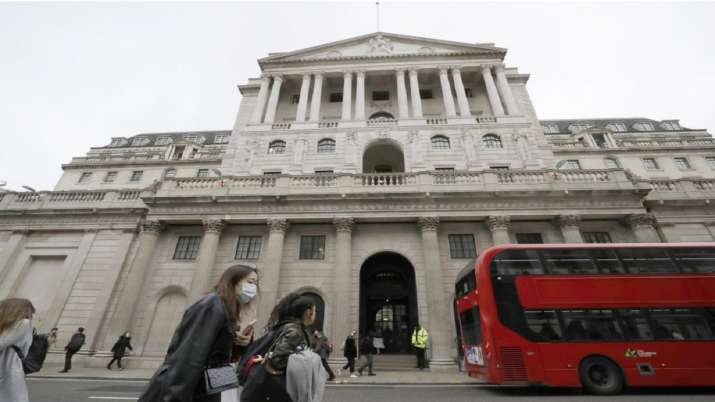 The Bank of England raised interest rates by a quarter-percentage point on Thursday, shrugging off pressure for a bolder move to combat price increases that have pushed inflation to a 40-year high.

While the United Kingdom’s central bank began raising interest rates earlier than its counterparts, the Bank of England is now trailing the US Federal Reserve in the worldwide fight against inflation fuelled by soaring food and energy prices.

The Bank of England’s action took its key rate to 1.25 per cent and marked five consecutive increases that began in December. The vote was 6-3, with the dissenters supporting a half-point increase.

The Fed, for its part, did go bolder Wednesday, raising its benchmark rate by three-quarters of a percentage point, pushing it to a range of 1.5 per cent to 1.75 per cent.

“It is quickly becoming apparent that more radical action is needed for the Bank of England to establish some sense of stability, because tinkering around the edges simply isn’t cutting it,” Michael Hewson, chief market analyst at CMC Markets UK, said in a note to clients.

The war in Ukraine has boosted food and energy prices as the fighting disrupts shipments of oil, natural gas, grain and cooking oil. That is adding to price increases that began last year as the global economy started to recover from the COVID-19 pandemic.

The Bank of England also increased their forecast for inflation to reach more than 11 per cent in October after hitting 9 per cent in April, already the highest since 1982. The bank’s inflation target is 2 per cent.

“The increase in October reflects higher projected household energy prices following a prospective additional large increase in the Ofgem price cap,” the bank said in a statement. Bank of England policymakers have been cautious about raising interest rates too quickly, arguing that many of the inflationary pressures facing the British economy are external and beyond the bank’s control.

But price increases are now becoming embedded in the economy, fuelling demands for higher wages and slowing economic growth as consumers and businesses curtail purchases. Figures released this week by the Office for National Statistics showed that economic output stagnated in February and shrank by 0.1 per cent in March, raising concerns that Britain may be headed for a recession.

The World Bank last week downgraded its outlook for the global economy and raised concerns about the return of “stagflation” — the combination of high inflation and sluggish growth last seen in the 1980s.

“This is an extraordinarily unusual time, and we really don’t have a template or any experience of a situation like this,” he said. “And so, I think we have to be humble about our ability to understand the data. … We need to see more data. We need to be a little bit patient.”

US and Europe must help Afghanistan humanitarian crisis