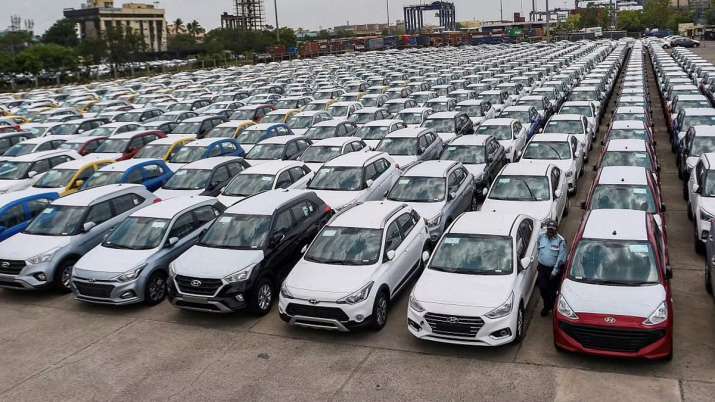 Retail sales of automobiles in India grew 8.31 per cent in August this year on the back of increase in registrations of vehicles across all major segments, automobile dealers’ body FADA said on Thursday. As per data released by the Federation of Automobile Dealers Associations (FADA), total vehicle retail sales in the country stood at 15,21,490 units last month as compared to 14,04,704 units in August 2021.

Commercial vehicles (CV) also witnessed a robust 24.12 per cent growth at 67,158 units as against 54,107 units in the year-ago month. FADA President Manish Raj Singhania said August retail sales were not encouraging and not as per expectations of dealers, who anticipated a good start to the festive season with Ganesh Chaturthi.

“When compared with August 2019, a pre-COVID month, total vehicle retails fell by 7 per cent. While PV outperformed handsomely by growing 41 per cent, CV also turned positive by growing 6 per cent and thus came out of the COVID blues. All the other segments were in the red with 2W, 3W and tractors falling by 16 per cent, 1 per cent and 7 per cent, respectively,” he added.

Singhania said although the 2W segment grew 8.5 per cent last month on a year-on-year basis, “it continues to face COVID blues due to underperformance of Bharat (rural India) and is still not above 2019 levels”. “This coupled with price hikes has made the 2W product out of reach for most entry-level customers. With erratic monsoon, the crop realisation has been low and flood-like situation has restricted customer movement,” he said.

On the other hand, the PV segment continues to be on a strong run as demand for all sub categories of vehicles except entry-level remained strong. “This is also aided by new feature-rich launches which OEMs have been doing since the last few months. With semiconductor shortage slowly becoming a passe, vehicle availability has definitely improved but waiting period continues to remain due to high demand in higher feature rich variants,” Singhania said.

Similarly, he said the CV segment also continues to witness an upswing in economic activities post monsoon. The government’s infrastructure push, new launches by OEMs and better conversion in fleet operations has kept the segment in the green, he said, adding “the passenger carrier segment is also showing good demand due to increased buying from educational institutions”.

The 3W space has now also equalled 2019 sales for the first time. Electrification is also the highest in this category with e-rickshaw leading the way. “There is a clear indication that customers are now preferring electric vehicles over internal combustion engine (ICE) vehicles as ICE 3W continues to see double-digit degrowth when compared to pre-COVID levels,” Singhania said.

On the outlook, FADA said , with easing of supply, the PV segment will definitely see the best ever festivities (Navratri and Diwali) in the last one decade. “Along with this, if vehicle prices continue to remain stable and there are no more health related threats, we may see an uptick in the much awaited 2W space which has not shown the required growth since last festivals.” While Onam and Navratri fall in September, the month also has 15-day period of Shraadh, generally considered as an inauspicious period for buying vehicles, it added.

Rupee falls 4 paise to close at 79.88 against US dollar