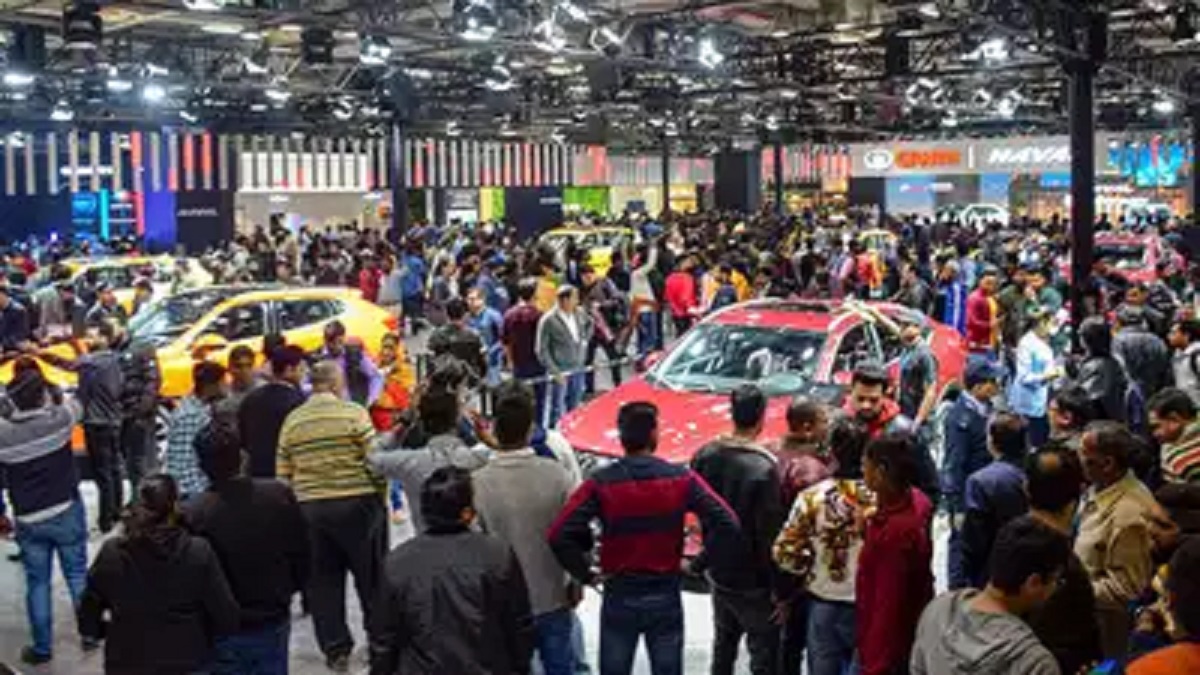 Auto Expo 2023: India’s flagship motor show Auto Expo returns this week after three years having been hit by the pandemic, albeit some of the major manufacturers staying away from the event. The likes of Maruti Suzuki, Hyundai, Tata Motors, Kia India, Toyota Kirloskar and MG Motor India will lead the traditional automakers at the show at Greater Noida that will witness five global launches and 75 product launches and unveils.

Yet, others such as Mahindra & Mahindra, Skoda, Volkswagen and Nissan along with luxury car makers like Mercedes-Benz, BMW and Audi will be conspicuous by their absence in the biennial show that was originally scheduled to be held in 2022 but was postponed to this year due to Covid-19.

Also, the visibility of main two-wheeler makers such as Hero MotoCorp, Bajaj Auto and TVS Motor Co will be restricted to their displays of flex fuel prototype vehicles at the Ethanol pavilion.

Nevertheless, this edition of the Auto Expo, which kicks off with press days on January 11-12 followed by general public days from January 13-18, 2023, will see a much larger participation of newer startup players, especially in the electric vehicles segment. “There is a larger number of overall industry participants compared to the earlier edition in 2020, with around 80 industry stakeholders participating at the Motor Show, including 46 vehicle manufacturers,” an official of the Society of Indian Automobile Manufacturers (SIAM) said.

Keeping in tune with the industry trend of electrification, the official said there will be a much larger participation of newer startup players who are manufacturing vehicles, most of them producing only electric vehicles ranging from two and three-wheelers to passenger and commercial electric vehicles.

While SIAM did not comment on the reason for some of the main manufacturers staying away from the event, those who are giving it a miss pointed out the relevance of the show. “I think we have been participating for many years. Now, when we see the relevance of luxury brands like ours, we see that a bit less from the kind of consumers who come in there or prospects. So that’s a reason we decided not to participate this time and look into other means to engage with customers,” Mercedes-Benz India Managing Director & CEO Santosh Iyer told PTI.

He further said, “So, for us, we want to invest more in customer experiences and not on the motor show platform which is more generic in nature.”

Similarly, ŠKODA AUTO India Brand Director Petr Šolc said the company took an internal decision to focus on its own timeline for product introductions in India while deciding to stay away from the show.

In the past, some automobile manufacturers had raised issues related to the distance of the venue and the high cost of participation.
Other manufacturers which are participating in the show are Ashok Leyland, Volvo Eicher Commercial Vehicles, JBM Auto, SML Isuzu, Cummins, Benelli, Keeway and Sun Mobility.

In the pure EV segment, there will be BYD India, Vayve Mobility, Pravaig Dynamics in the passenger vehicles segment while in the electric two and three-wheelers segment Greaves Cotton, Tork Motors, Wardwizard Innovations, Motovolt Mobility and LML will be seen displaying their products.
According to SIAM, this year’s auto expo will have a special focus on ethanol power trains for vehicles with a separate pavilion showcasing technological developments in the overall Ethanol value chain.

Some vehicle manufacturers, including TVS, Hero MotoCorp, Bajaj Auto, Honda Motorcycle, Yamaha and Suzuki motorcycles in two-wheelers and Maruti Suzuki and Toyota Kirloskar Motor in passenger vehicles, would also display their working prototypes of flex-fuel vehicles. These vehicles can take a range of ethanol blends varying from 20-85 per cent, the SIAM official said.

With clean technology becoming the focus, manufacturers will be displaying developments on various power train options ranging from biofuels like ethanol, gaseous fuels like CNG and LNG, electrification technologies, including EV and hybrid and hydrogen at their respective pavilions, the SIAM official added.

Mahindra offering discounts of up to Rs 30,000 on Bolero, Scorpio and more | Auto News

Delhi has emerged as the EV capital of India: Manish Sisodia | Mobility News