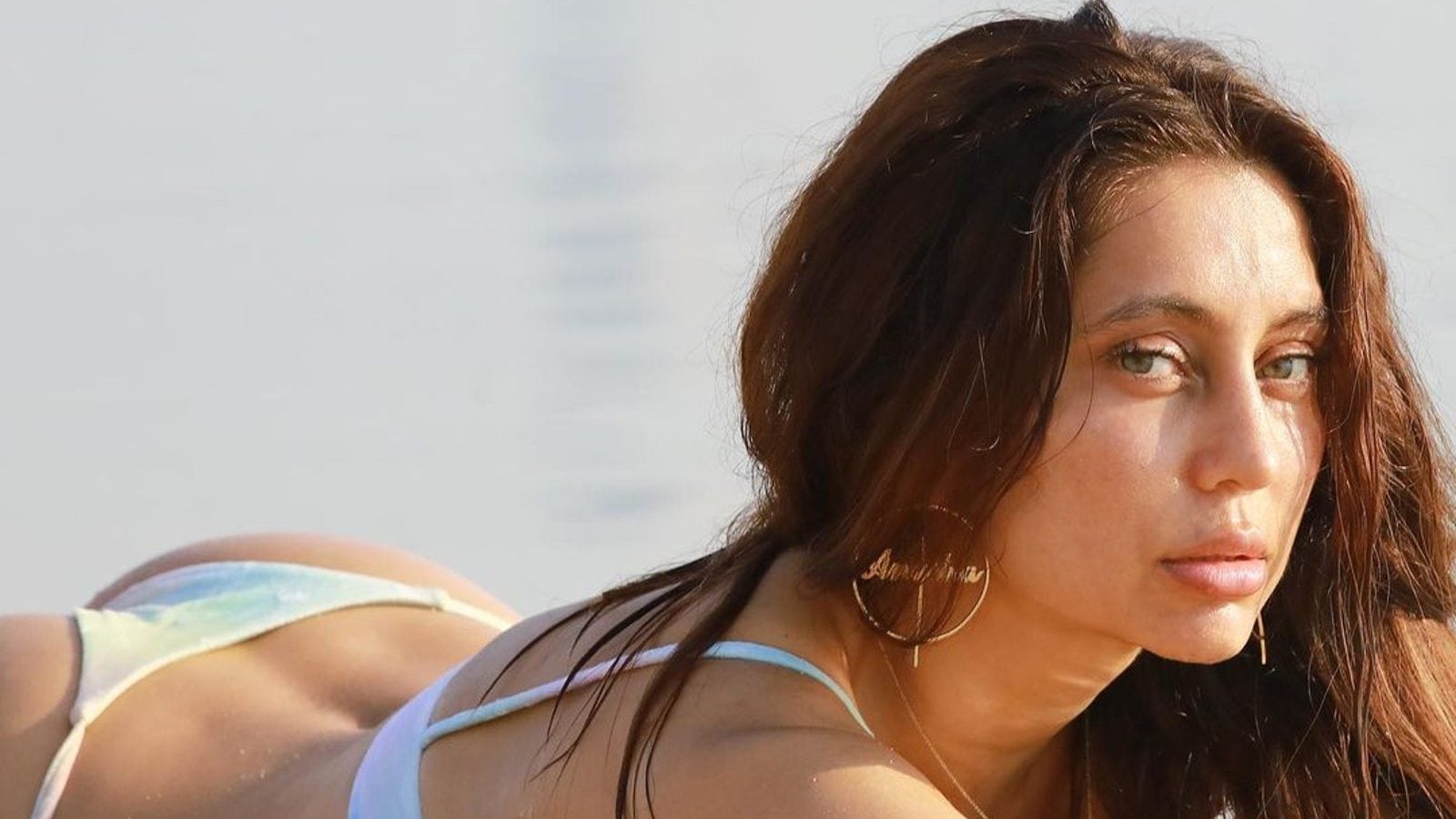 Anusha Dandekar has broken the internet again, and it’s another set of bikini pictures on Instagram that have caught the attention of fans. Anusha Dandekar looks stunningly sexy in the new set of photo she has posted on social media, as she is seen lounging on the beach in her tiny white bikini. The VJ-turned-actress flaunts her curves in the pictures and fans and followers have been swooning over her.

While one of the pictures has been captioned: “Thirssssstyyyy…”, the other photos, Anusha has posted on International Women’s Day, with a message about “coming into her own”. The caption read: “This Woman’s day is probably my most special… I really feel like I’m coming into my own. Calmer (sometimes, unless you are really close to me then not yet haha) more sure of who I am, less people pleasing and more self loving. Stronger, happier and basically my fearless younger self with much more knowledge. People think the worst insult is to call me old, I am older and I love being who I am and looking and feeling how I do! The most incredible and constant compliment I get is that I inspire You, it’s huge to know and feel that I can help someone someway… oh and may we always help animals always. That’s just my thoughts today. I’ve come a long way and I really embrace each one of me in each year I have lived and I wouldn’t want to do it any other way than being a WOMAN! Happy Woman’s day to all of you Beauties!”

Anusha shares glimpses of her life on social media, with photos and videos of her lazying, posing, vacationing and partying with family and friends. Just recently, Anusha shared pictures from her sister Shibani Dandekar’s wedding with filmmaker Farhan Akhtar. The duo got married last month at the latter’s farmhouse in Khandala. Anusha and her their entire family were present to celebrate the occasion.

The 40-year-old actress later also penned a sweet note for her mother praising her ‘generous, kind and caring’ nature. In the pictures posted by Anusha, she and her other sister Apeksha were posing with their mother Sulabha wearing a saree in a pink pastel shade. The pictures also had Shibani and Farhan goofing around and enjoying their time with the family. Anushka is a regular on social media and her photos and videos get millions of likes.

Anusha was also in the news a couple of months back when there were rumours of her entering reality show Bigg Boss. The fifteenth season of the show, which has its finale on Sunday, has her former boyfriend Karan Kundrra as one of the participants. Anusha and Karan had a rather ugly breakup last year, with their split becoming a major topic of discussion on social media.

Anusha, however, had denied that she would be going inside the Bigg Boss House. During an ‘Ask Me Anything’ session on Instagram, Anusha was asked if she “got offered Bigg Boss 15″. In response, the actress wrote a lengthy message. Anusha stated that she will never do Bigg Boss since it is “not her thing”. She also stated that the producers never approached her since they already knew that Anusha’s reaction will be a “no”.

Despite a predictable story line the film is definitely a visual spectacle to be experienced on the big screen.

Kiara Advani Stuns In A Peach Lehenga At Sister’s Wedding