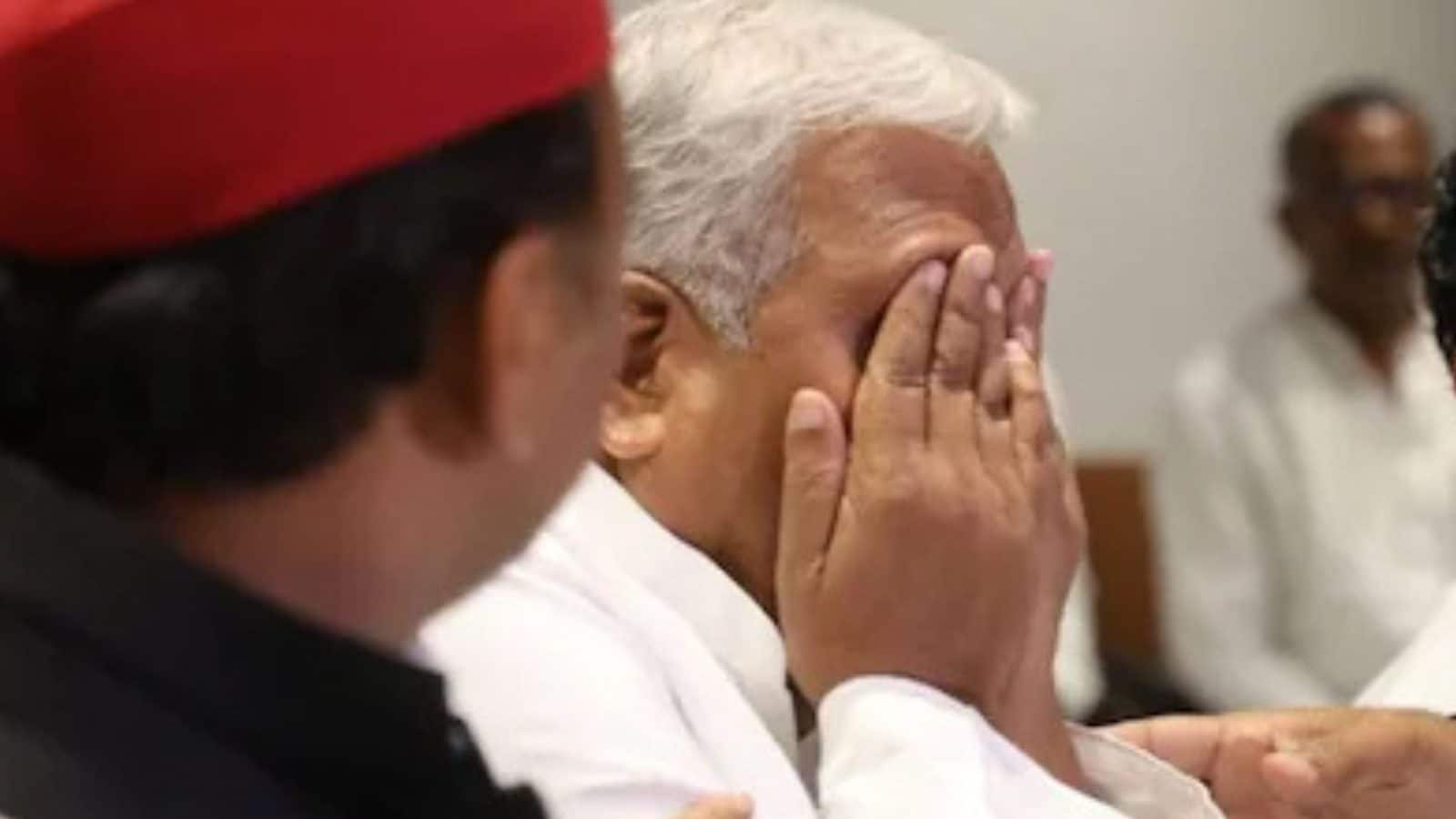 Former Uttar Pradesh minister Ambika Chaudhary had tears in his eyes as he formally switched back to the Samajwadi Party from the Bahujan Samaj Party on Saturday, in the presence of party president Akhilesh Yadav. He called it his “rebirth” and said, “I have a desire to see Akhilesh Yadav become CM again in 2022.” His return comes just before the 2022 UP Assembly election.

Akhilesh also got emotional on stage and wiped away Chaudhary’s tears, and later tweeted, “Whenever someone connected to roots returns, he further lifts up the building.” He also tweeted a picture.

Akhilesh said, “You have become very emotional. Ambika ji is not able to say what he was trying to say. I have realised today how much pain he must have been in. It will be my endeavour to bring all the people associated with Netaji (Mulayam Singh Yadav) together. Don’t know how strong relationships break easily, but now everything is going well again.”

“There are ups and downs in politics, but the one who gives support at the right time is a true friend. In the coming days, the role of the people of Ballia would be very important in forming the government in Uttar Pradesh,” he added.

He also said, “Ballia is the same land that freed itself from the British. The people here were seen standing with great strength in the district panchayat elections. The Samajwadi people have the deepest relationship with Ballia.”

Chaudhary is considered a confidant of former CM Mulayam Singh Yadav and a strong leader from Ballia district. He defected to the BSP in 2017 after a family feud in the SP clan between Akhilesh and his uncle Shivpal. With things returning to normal between nephew and uncle, many old guards who left are expected to also come back to the SP.

Markets to open as per normal timings from Monday