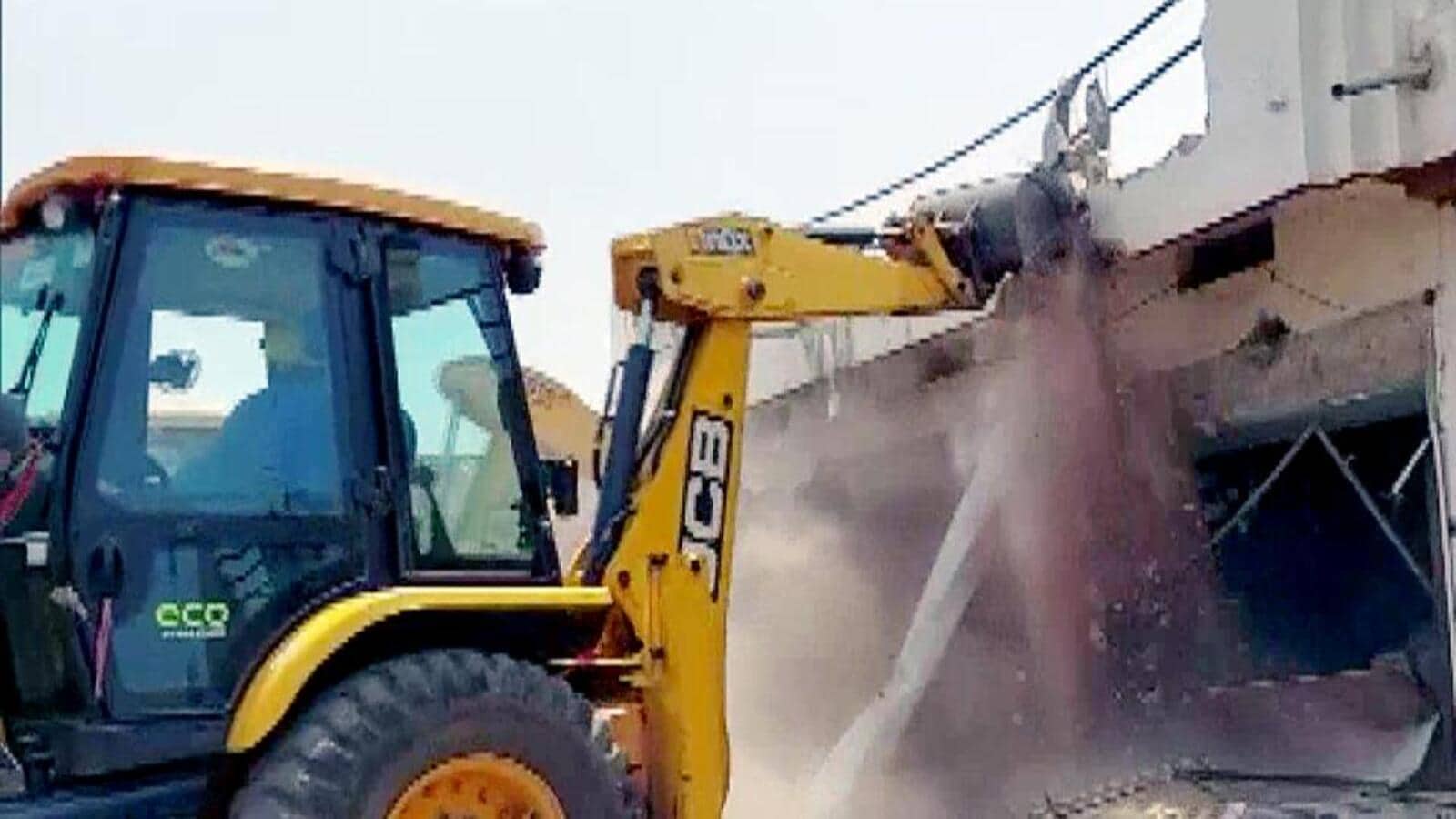 The Indore bench of Madhya Pradesh high court on Monday granted two weeks to the state government to reply to a petition seeking compensation over demolition of a house in Khargone city following communal violence after a Ram Navmi procession in April this year.

The single bench of Justice Pranay Verma ordered that no further action should be taken on the property till the next date of hearing.

The court was hearing a petition filed on April 30 by Jahid Ali, a resident of Khargone and owner of a tent house business, alleging that part of his 900sqft house was demolished on April 11, a day after clashes broke out between two groups in the city, after some miscreants pelted stones on a Ram Navmi procession.

“The petitioner is the legal owner of his property and paying taxes of the same. The administration has demolished part of the property without issuing any notice to him and without giving any opportunity to him, which is in violation of principles of natural justice,” said MM Bohra, the counsel of petitioner. “As a result of the action of (the) administration, fundamental right of the petitioner is violated.”

“Learned counsel for the respondents prays for and is granted two weeks’ time for seeking instructions in the matter and for filing the reply,” noted Justice Verma. “Till next date of hearing, status-quo with respect to the property in question shall be maintained by the parties.”

At least 64 first information reports (FIRs) were registered after communal clashes broke out in Khargone on April 10 and 170 people were booked. The administration demolished 54 houses, shops and buildings.

In his petition, Ali has claimed that he purchased the house in 2000 and got a valid registry done. In 2015, he received an order from the civic body regarding “encroachment of a government land” but the order did not have any “specific information regarding the land”.

“On April 11, the local administration demolished a part of the house without any notice,” the petition said.

Ali prayed in the petition that the administration should be prohibited from taking action against the demolition of the houses, shops or any such structure, be it may be legal or illegal without issuing an advance notice of at least seven working days.

“Requested the court to take action w.r.t. entire demolition drive is taken out in Khargone in consequence of the communal clashes on day of the Ram Navami for ascertaining the liability of the authorities responsible for causing the illegal and arbitrary act of demolition of the petitioner’s property and other such similarly situated persons property and imposition of punishment and penalty upon delinquent authorities,” said the petition.

Bohra said the petitioner also demanded compensation for the loss and restriction on ministers, legislators and other responsible authorities “endorsing such illegal acts of demolition as punitive measures and issuing public statements”.

A total of 21 petitions have been filed in the court against the demolition drive.