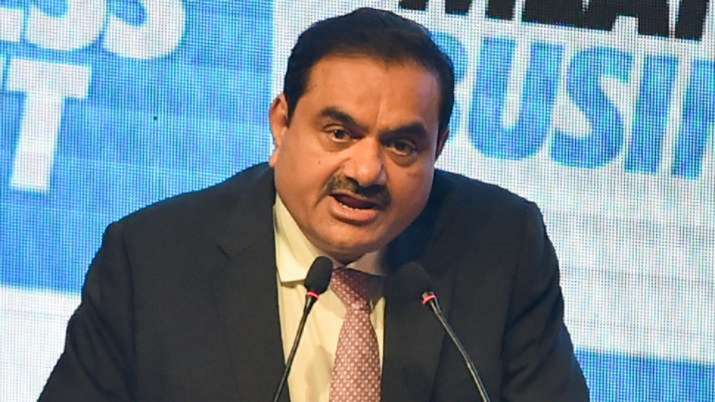 The Adani group announced its entry into the telecom industry on Saturday. The company has plans to use airwaves for its data centre as well as the super app it is building to support businesses from electricity distribution to airports, and gas retailing to ports.

Announcing the same, the company issued a statement where it said, “As India prepares to roll out the next generation of 5G services through this auction, we are one of the many applications participating in the open bidding process”.

“We are participating in the 5G spectrum auction to provide private network solutions along with enhanced cyber security in the airport, ports and logistics, power generation, transmission, distribution, and various manufacturing operations,” the statement said.

“As we build our own digital platform encompassing super apps, edge data centres, and industry command and control centres, we will need ultra high quality data streaming capabilities through a high frequency and low latency 5G network across all our businesses,” it said.

Applications for participating in the July 26 auction of airwaves, including those capable of providing fifth-generation or 5G telecom services such as ultra-high-speed internet connectivity, closed on Friday with at least four applications. Jio, Airtel and Vodafone Idea — the three private players in the telecom sector — applied.

The fourth applicant is Adani Group, which had recently obtained National Long Distance (NLD) and International Long Distance (ILD) licences. “If we are awarded 5G spectrum in the open bidding, it will also align with our recent announcement of significantly increasing the Adani Foundation’s investments in education, healthcare and skill development in rural areas, each of which stands to benefit from 5G technology,” Adani group said. “All of this is aligned with our nation-building philosophy and supporting Atmanirbhar Bharat.”

Ambani and Adani, who hail from Gujarat and went on to build mega business groups, had till recently not had a direct face-off. While the former expanded from the oil and petrochemicals business into telecom and retail, the latter diversified from the ports segment to coal, energy distribution and aviation. But increasingly, their interests are overlapping, setting what some say is the stage for a clash. Adani has in recent months set up a subsidiary for a foray into petrochemicals — a business that Ambani’s father Dhirubhai began with before its downstream and upstream operations.

Ambani too has announced multi-billion-dollar plans for new energy business, including Giga factories for solar panels, batteries, green hydrogen and fuel cells. Adani, who had previously announced plans to be the world’s largest renewable energy producer by 2030, to has unveiled hydrogen ambitions. And now, if the Adani group participates in the 5G auction on July 26, it will be the first direct competition with Ambani.

The Cabinet, last month, approved 5G auctions at reserve prices recommended by the sector regulator Telecom Regulatory Authority of India (TRAI). The regulator had recommended an about 39 per cent cut in floor price for the sale of 5G spectrum for mobile services. The validity of the right to use spectrum will be 20 years.

Fresh Fuel Rates Announced; Know How Much You Have to Pay