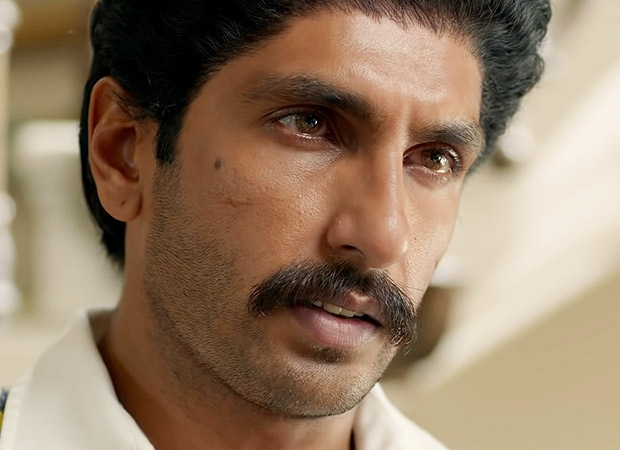 Ranveer Singh’s much awaited sport drama, 83, has proved to be disappointment of epic proportions as the film has recorded a drop of 40% on Monday as compared to Friday. The mega budget film has fallen to single digits on its fourth day and this is a clear sign of rejection from the audience.

The estimates suggest that Monday collections are in the range of Rs. 6.5 to 7 crore, taking the four day total (Hindi) to Rs. 53 crore. The trend so far suggests that even 100 crore will be a task for this film and this spells danger as losses of 83 would run upside of 50 crores.

The weekend biz of 83 was poor and the hope was on Monday to stay strong, closer to the Friday figure, howeved, a drop upside of 35% is curtains down for the film. There is a talk about biz being impacted due to Omicron, but, the reality is in fact that the audience was never excited for this sport biopic directed by Kabir Khan as Spider Man and Pushpa has continued to do the numbers. The word of mouth too has not helped much, as it’s far off from what is being projected in the media. The talk is mixed with audience terming it more of a docu-drama than a film.

All in all, 83 is a major flop and sent shock waves to the industry with many also getting disturbed seeing the figures.