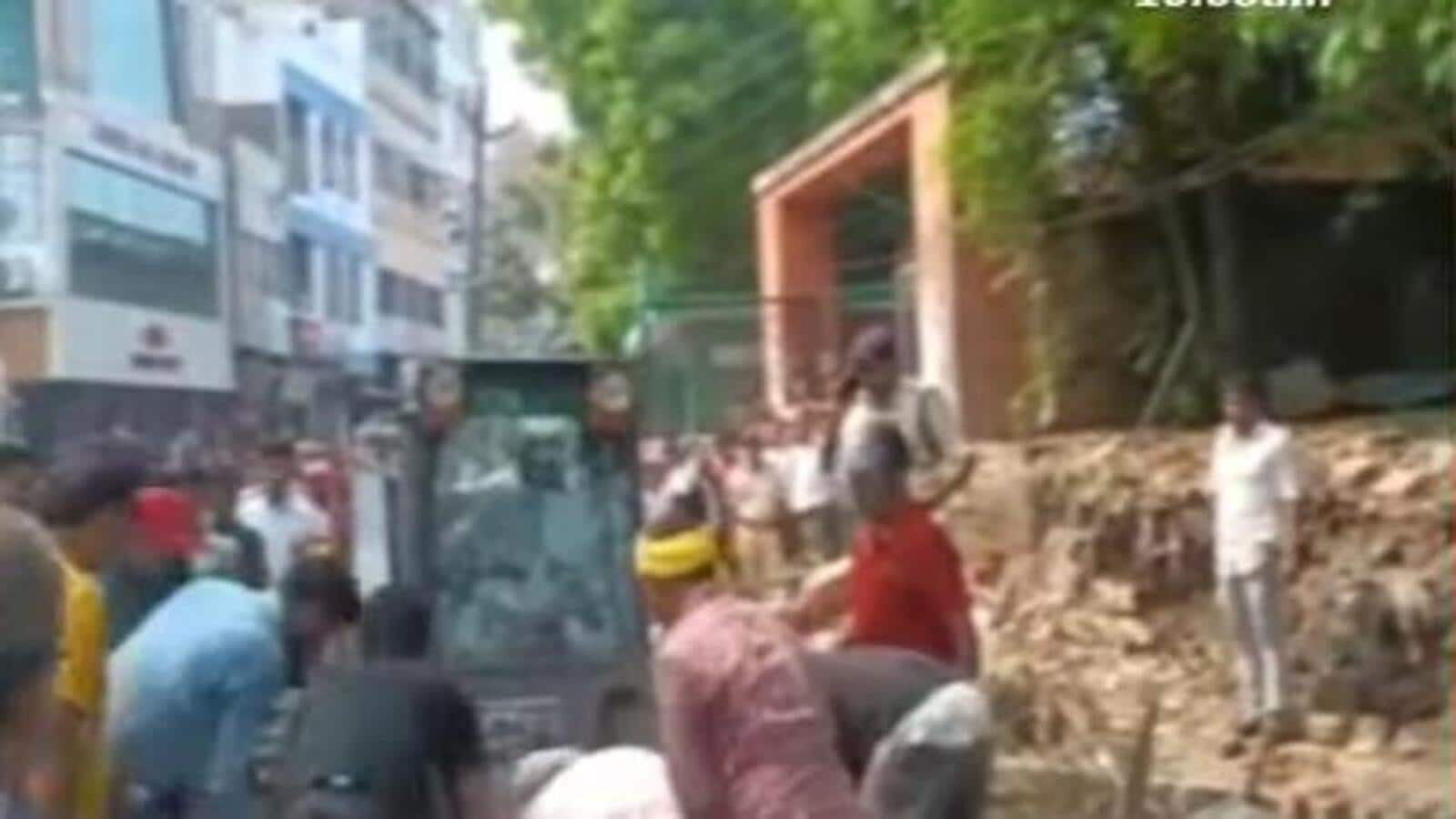 PATNA: A 45-year-old woman was killed and six other persons were seriously injured when the compound wall of the Biharsharif district court collapsed on them on Friday morning, police said.

The incident occurred when the court proceedings were going on. The deceased was identified as Rajmatia Devi, a resident of Hargawan village under Manpur police station, police said, adding the injured were rushed to Vardhman Institute of Medical Sciences (VIMS), Pawapuri, for treatment.

According to the police, the boundary wall was in a dilapidated condition and a part of it suddenly caved in at around 10am. Seven people were trapped under the debris of which one died on the spot, they said.

Police said that some road-side stalls next to the wall have also been damaged.

Ganga Kumar, an eyewitness, said people were standing near the boundary wall to have breakfast and tea when the incident took place.

“Six people have been injured and are undergoing treatment. A case was registered and further investigation is under way,” said Nalanda DDC Vaibhav Srivatava. As a precautionary measure, the remaining portion of the boundary wall, which could pose a danger to people living in the vicinity, will be demolished by the civic personnel, he added.

In another incident, three persons died in an accident when the motorcycle they were riding on collided with a truck on Bihta-Sarmera state highway-78 near Kazichak village under Rahui police station of Nalanda.

The victims have been identified as Raju, Bunty and Ravi, cousins to each other, are the residents of Pranchak village under Chandi police station. “The three victims were returning home after attending a wedding function when their bike collided with a truck. While Raju and Bunty died on the spot, Ravi was rushed to a nearby hospital where he was declared brought dead. The bodies have been sent for post mortem and further investigation is on,” said law and order DSP Sushil Kumar, adding that the driver and the cleaner managed to escape from the spot.

1 student dead, 8 injured as vehicles collide due to fog in Gopalganj